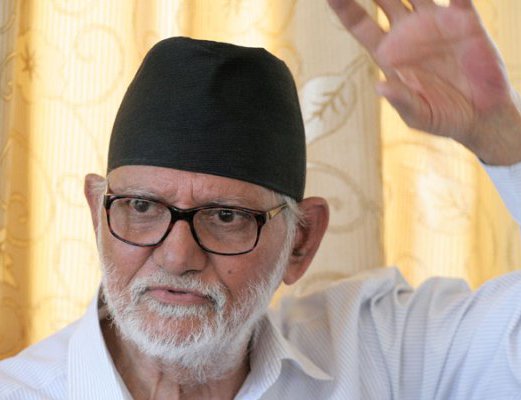 The election of Sushil Koirala at the helm of the country’s oldest functioning democratic party was not a surprise.

That the only rival, Sher Bahadur Deuba, exceeded own expectations of a little over one fourth of the votes to finish reasonably closely behind Koirala was a surprise.

The junior Koirala has his task clearly cut out: breathe a new life into the party that was born barely a decade after him.

But unlike the comfortable victory but the road ahead will by no means be as comfortable.

Not because of the last-minute strong showing by Deuba nor for that matter, of “the Deuba panel” in the new executive body.

What will make his job too challenging is the composition of the newly elected central working committee (CWC) that will make Koirala’s journey a roller coaster.

On the surface of it, his “panel” has a clear edge over what has been described as “the Deuba panel”.

In reality, there was no real panel as such. If there was any, it was the individual-centric and unprincipled panel.

The Koirala ‘panel’’s elected general secretary, Prakash Man Singh, had defected from the Deuba ‘panel’ only last year because he was sidelined over a ministerial berth in the UML-led government.

Deuba’s nod to Sujata Korala had angered Singh. Now, ironically, Sujata too happens to be in the same panel as that of Singh.

One of Sujata’s close colleagues, Ajay Chaurasiya, has won from the Deuba “panel” so did a long-time Koirala camp member, Ambika Basnet.

A last-minute Deuba camp deserter, Umakanta Chaudhary, got a berth in the central committee from the rival panel.

The ironies do not end there. The fire-brand ‘federal republican’ youth leader, Gagan Thapa, secured the highest number of votes.

Finishing not far behind was an old brigade member and anti-federalist Khum Bahadur Khadka, who was only recently seen bowing heads with folded hands, at a Kali Baba puja, to the ousted king Gyanendra.

The voters gave big thumbs up, just behind Gagan, to Arjun Narsingh KC, who returned to the Nepali Congress 20 years ago after years of hobnobbing with the royal regime that had banned his mother party.

Many young and fresh faces made it to the top decision making body so did a number of veteran as well as tainted old faces.

The revised party statute also made possible the “inclusive” character of the central committee.

Few took trouble to take notice that the party was “inclusive” even 50 years ago. A visit to the famous Sundarijal jail – now BP museum – should be an eye-opener.

Jailed there after the royal coup in 1960, the six leaders were bound by common values, ideals and principles.

Few took trouble to take notice that the party was “inclusive” even 50 years ago. A visit to the famous Sundarijal jail – now BP museum – should be an eye-opener.

Jailed there after the royal coup in 1960, the six leaders were bound by common values, ideals and principles.