Time To Prepare For Polls: Pradhan 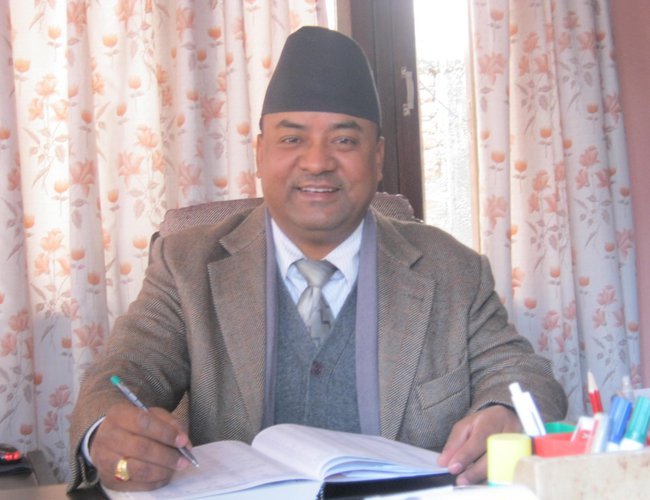 How possible do you see is it to hold the elections?

Do you think political parties will go for elections?

Their disagreement is on how to get there, not on whether to hold the elections. If we want a new constitution, there is no alternative to the elections. Even for civil society organizations like the Nepal Law Society, which has made a lot of contribution and effort in the last six years, elections are the agenda to push for.  As per the article of the Interim Constitution and the decision of the court, Nepal has few options other than to hold the elections. Holding the periodic elections is an exercise to empower the people.

When the political parties are yet to settle the issue of forming an all-party government, how can you say that elections will be held in April?

What do you think will be the role of civil society organizations like the Nepal Law Society?

What needs to be done to hold the elections in the present circumstances?

As there are some legal and constitutional constraints to hold the elections, political parties will need to concentrate on removing all these constraints, first of all.  There is the need to amend an article of the Interim Constitution, issue certain new acts and appoint new members at the Election Commission. As the present constitution does not have the provision for new elections, there is the need to incorporate an article for this.

Can the president amend the Interim Constitution on the recommendation of political parties?

There are various arguments. Some political leaders have even argued for the need to revive the Constituent Assembly to amend the Interim Constitution. However, others hold the view that there is no provision to revive the House. Thus, the president can amend the interim constitution by exercising article 158, and remove obstacles.

Has the Nepal Law Society made any efforts to clarify the constitutional issues?

What are the important things that must be completed?

How do you visualize the role of the NLS at present?

The Nepal Law Society has expertise on elections. We have already been a part of two local elections and four national elections, including the last elections of the Constituent Assembly. The society has a nationwide network of election monitors and observers. Holding elections is less significant than holding free and fair elections. Before holding the elections, there is the need to make all preparations to ensure the elections will be free and fair. Here comes the role of civil society organizations like the Nepal Law Society.  The time has come for Nepal’s development partners also to provide necessary support to hold free and fair elections. The unity of civil society organizations is very important in this context.

In case the political parties agree to hold the elections, how will you mobilize your volunteers?

With the initiative of the Nepal Law Society, we have established DEAN, which has networks in all 240 constituencies, 3,913 Village Development Committee, 75 districts and 14 zones.  During the first elections of CA in 2008, DEAN’s volunteers played a very important role in supporting the Election Commission in its effort to hold free and fair elections.  We mobilized more than 11,000 people for about two years until the holding of the elections. There is also an institution named General Elections Observation Committee (GEOC), led by Himalaya Sumsher Rana, where I am a member secretary. It mobilized  1,100 elections observers nationwide.  We have a network in 3,913 VDCs, 58 municipalities 240 constituencies and 75 districts. We have offices in all 14 zones.  Like in the past, the Nepal Law Society is prepared to support the elections.

What are the important tasks to perform at the moment?

First of all, the government and the Election Commission will have to assure the people that there will be elections in April 2013. Instead of verbal actions, there is the need to take concrete steps to assure the people. The civil society has also its role to assure that there will be the elections. A group of people is arguing that the elections are not the only solution to the present crisis. They argue that given the past experiences the new election of CA will also bring the same results.  Aware of all this, the Election Commission, the government and civil society organizations will have to launch election literacy programs throughout the country.

Japanese People Have A Special Sense Of Intimacy Toward Nepal: Ambassador Yutaka Kikuta By Agencies 1 week, 3 days ago

Tokyo Olympic Committee Is Now Preparing For The Coming Summer By Keshab Poudel 1 month, 1 week ago

“Nepal Is A Crown Jewel For Humans Because Of Its Geographic Treasure” Professor Tomohiko TANIGUCHI By Keshab Poudel 1 month, 2 weeks ago