One of the important aspects of imported electricity is the firm power. If India cut another 30 MW on the domestic ground, the situation will be horrible. 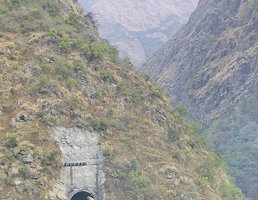 After the recent increase of two hours of load shedding to 14 hours in total every day, worries are there if these dark hours will increase further in the days ahead. Looking at the present state of generation capability and limited options of import of energy, the load-shedding hours are definitely going up to 18 hours in the month of March and April this year.  As Nepal's rivers are drying up, power generation capability will further shrink and reduction of import from India will further increase the gap. Bihar government’s recent decision to reduce the export of 30 MW power to Nepal is an indication that they will further reduce the supply.

One of the reasons behind the present two hour additional power cut is the result of shortage of 30 MW power in the national grid. One of the important aspects of imported electricity is the firm power.  If India cut another 30 MW on the domestic ground, the situation will be horrible. Recent news reports published in Indian state of Bihar showed that Patna based intellectuals are now taking the export of energy to Nepal at their cost tantamount to their interest. Like in the Nepalese intellectuals, there is an upsurge in the nationalistic sentiment in Bihar also. If India reduces the export to Nepal, the hours may go long.  Although prime minister Dr. Baburam Bhattarai has claimed that he has been working to reduce the load shedding hours by increasing the import from neighboring countries, it is not easy at all. At a time when Indian state of Bihar, a state bordering with Nepal, too has been facing power shortage, the prime minister’s statement may be not more than a lip service. There is a wide resentment in Bihar over exporting power at the cost of local demand. There is a huge gap in Nepal's current demand and supply situation.  As the use of luxuries, such electric house appliances, increases, the households in Kathmandu may require more power. The present supply of electricity is just over 400 MW out of 700 MW supply in summer. However, the demand is already over 1000 MW.

The present power crisis is not a result of the decision taken in the recent times as it is the implications of last two decades of negligence in the power sector or lack of investment by the government. Although hydro power is cost intensive and risk areas for investment, Nepalese private sector alone cannot do it.  According to a study, per MW power generation cost is about 160 million rupees average. As such, the hydro power cannot develop without government investment. If one looks at the government investment in the last one decade, it has virtually allocated nothing in the hydro power sector. This has affected the hydropower construction. For instance, the government's tenth plan targeted to produce 314 MW of power allocating 214 MW by private sector and 100 MW by public sector. However, private sector produces 37 MW whereas public sector produces 74 MW power through Middle Marsyangdi.   Public sector undertaken project Chameliya is yet to complete.  Our of 37 MW, 20 MW power was produced by Chilime; a subsidiary of NEA.This speaks a grim reality of private sector's capability in Nepal.

The current prolonged power crisis has no immediate solution as the demand of the electricity is much higher than what is generated by power plants. Despite signing the Power Purchasing Agreement (PPA) with several IPPs, except Tamakoshi, 456 MW, no other seems to be in a position to supply the electricity. Even Tamakoshi will supply just 100 MW power during winter. It indicated that Nepal's power sector has a long way to go. However, there is a solution as well. Instead of going for expensive diesel Thermal Plants, the country needs to go for storage projects like West Seti, Budhi Gandaki or Seti. For this, there is the need to have involvement of the government. Like in the road sector, government needs to allocate certain amount of money annually to hydro power sector so that country can overcome the power crisis in future.

India To Fund Rs 530 Million For Reconstruction of 25 Health Posts In Nepal By NEW SPOTLIGHT ONLINE 17 hours, 33 minutes ago

Girls Under18 Represents 20 Per Cent Among Women Undergoing Safe Abortion In Karnali By Agencies 4 days, 5 hours ago