In a nutshell, EA is a proven tool that makes the development environment-friendly and sustainable. It reduces 'costly mistakes'. 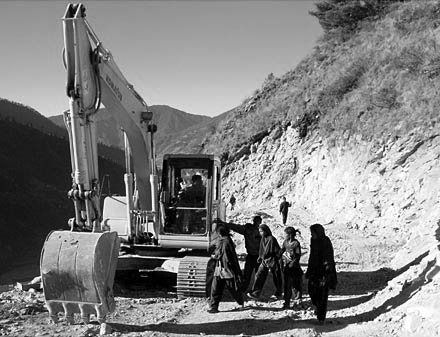 Unilateral and sectoral approach of development could not meet its ever-lasting goal, rather it degraded human and environmental quality, along with accelerated soil erosion, landslides and sedimentation. It also challenged the very existence of human beings and life-support systems, particularly from air, water, soil and noise pollution and human-induced disasters. It pushed efforts to design alternative way of development that helps to keep the economic and social benefits up without and/or least damaging the environmental resources.

Nepal started using this tool in early 1980s (Sixth Plan) through a periodic policy that focused in carrying out EIA of major infrastructure development projects. Nepal carried out EA for over 15 years (1980 – 1996) through policies, National EIA Guidelines in 1993 and separate EIA guidelines for forestry and industry in 1995. After the enactment of the Environment Protection Act, 1996 and Environment Protection Rules, 1997, all prescribed proposals must undergo EA process and the prescribed proposal can only be implemented after the approval of IEE or EIA by the competent authority. As of January 2013, the Ministry of Science, Technology and Environment has approved EIA reports of about 145 projects of different sectors. The Ministry of Energy has approved IEE reports of over 75 hydro-electricity generation projects totalling to the installed capacity of about 800 MW. If these projects are implemented at the earliest possible, an issue of electricity shortage could be easily resolved. Similarly, the Ministry of Physical Planning and Works and Ministry of Federal Affairs and Local Development have approved over 175 and 350 IEE reports respectively.

Infrastructure projects are either implemented or passed through the forest areas. In the past, use of forest area has also been easier as it is considered a 'Natures' free gift'. Heavy pressure on forest areas from non-forestry sector projects, national and international commitment on natural resources and species conservation, including the Biodiversity Convention encouraged the Government to introduce a concept of 'no net loss' approach. As an initial move, any project that fells one tree should plant 25 saplings and manage for 5 years in its own cost. A project might cut even over 50 year old tree which provides ecosystem goods and services of immense value, while 25 samples planted might need several years to provide such goods and services. Recently, the Government has decided to plant twice the number of felled trees till 5000 MW of hydro-electricity is generated. It sounds a positive approach to promote electricity development, but at the cost of ecosystem goods and services provided by forests. It might also be a disastrous if lost forest area is not developed, and 'public properties are privatised'.

Concept of 1:25 plantation (25 times plantation) is neither costly nor difficult to plant and grow. It is equally environment-friendly. This is a process to value the plant species for which Nepali people depend upon, such as 6f (food, fodder, fuel, fertilizer, fibre and furniture) and oxygen, free of cost. Cutting more trees would mean reducing the source of natural oxygen. As of now, we have not paid for oxygen except in hospitals.

The EA has a well defined beginning and an end. It is a creative process but 'environmentally illiterates' might consider it 'anti-development' and/or unproductive tool. It is a predictive tool and provides dependable information for right decision over the investment from environmental perspective. Usage of this tool has matured in Nepal. As of now, it has not blocked the implementation of any development project. There are several examples that EA tool has contributed to maximize the beneficial impacts and bring down the adverse impacts to acceptable level. I would like to recall the experience shared by the Prime Minister of Nepal in late 1980s that 'if one wants to see the greenery or a tree from the hotel bed room, s/he has to pay more'. It signifies the importance of a 'green tree'.

In a nutshell, EA is a proven tool that makes the development environment-friendly and sustainable. It reduces 'costly mistakes'. If one knows what will happen tomorrow, s/he will be prepared for the avoiding or reducing adverse impacts, and augmenting the beneficial ones. Time has come that Nepal should start implementation of EA recommendations to know what works and what does not preferably by institutionalizing environmental monitoring and auditing works. The choice with us is either to benefit from EA tool or accept to pay the heavy cost of or accept any damage including loss of life and property from environmental degradation.

Remembering Our Kings: Reflecting on Our Nationhood By Dipak Gyawali 3 days, 17 hours ago

Youth Engagement In Tourism Promotion Of Bungamati By Sreejan Shrestha 3 days, 17 hours ago