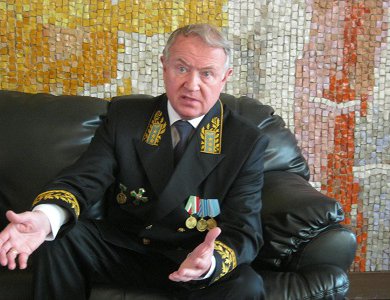 How do you see Nepal Russia relations now?

Russia’s  relations with Nepal, which mark their 57th anniversary this July, are established , being remarkable for their mutual understanding and trust, broad coincidence of views and positions on a great number of global and regional issues. Hence, I have no doubt that Russia and Nepal’s interactions in the world affairs will continue to grow with Nepal emerging successfully from the ongoing difficult historic transition to strengthen its active and independent role in shaping new, more just and cooperative world. It needs to be stated honestly that currently quite a number of aspects of the prevailing international situations are a matter of utter concern to us and the world situation is indeed fraught with danger of destabilization, which, of course, runs counter to our interests.

At a time when Russia celebrated the Diplomat's day, what is its importance in your context?

If one tries to summarize the prevailing international situation, probably one obvious conclusion will be that the world is passing through an unprecedented historical transition, accompanied by geo-political transformation, emergence of a new balance of forces and attending turbulences in economy, politics as well as international relations as a whole. Against this background, Russia has been pursuing a responsible foreign policy aimed at securing its national interests, initiating collective endeavors in the international arena for strengthening security and stability, bringing about the settlement of ongoing conflicts though seeking reasonable compromise.

After his reelection as the head of state on May 2012, president   Putin issued decree on measures to implement the foreign policy course of the Russian Federation. It defines as the basis of our activities the time tested principles of pragmatic, open, multi-vector character, predictability and persistent thought without sliding down into confrontational advancement of national interests. Under the prevailing conditions of the evolvement of a multi-polar system of international relations, which is characterized by the emergence of new power centers and the transfer of economic might followed by political influence as well to the Asia-Pacific region, we facilitated making the evolving world architecture just and sustainable, being based on the cooperation of major integration amalgamations.

How do you see the possibilities of expansion of the relations?

There are a lot of possibilities to expand our relations in several sectors. Along with government to government level, there is also the need to have more interactions between both private sector and civil society. We have every reason now to think and act in terms of to reinventing our bilateral relations. In addition to that mutual understanding which underlines our interactions in world forum. But unfortunately, inertia of post is still there and it is very difficult for technical and logistic reasons to work on some projects which have already been initiated in the last couple of years.

How do you see the state of trade relations?

We are finally approaching the practical stage our dialogue in developing Nepal’s hydro power though joint ventures, probably joint ventures with the private sector. There are four possibilities we have been discussing so far. I expect, in a month, we may agree in principle meeting with all established joint meeting groups, including in the energy sector which has been initiated by the government of two sides. However, it includes the representatives of business communities from both the countries. We expect that this joint meeting might lay down the basis for specific discussion on explicit turn on country. This meeting will be held in March in Kathmandu.

What about other areas?

Another discussion, which is gradually moving on is the result of graduation in the field of culture. The agreement has already been signed between the two countries in the last summer. The two sides are now finalizing the details, including the exchange of visits. As both the countries are rich in culture, both the countries can share a lot. However, it is still in the discussion stage. It is in the promising stage.  We are also discussing the agenda of numbers of visits to both the countries. We continue interactions in major international issues. Our relations are remarkable for mutual support like when Nepal was elected as a member of UN body late last year. It was the recognition of Nepal’s successful foreign policy. Nepal’s election to the United Nation’s body enhances Nepal’s image as a peaceful country. Russia supported Nepal’s membership. This development illustrates growing interactions between Nepal and Russia. Despite these agreed areas, we have been also discussing several other areas.

How do you see the possibility of high level delegation visiting from Russia?

I would say there is nothing impossible in relations between two friendly nations. But at the same time such visits are normally held after several stages of interactions at various levels. This is also the culmination of several interactions at different levels and accumulation of some positive possibilities which might be expedited or promoted. Since I have a notion that we are just now in a stage to expand our bilateral level relations, let’s work for that and then we will see the time when such visits might take place.

Russia has supported Nepal’s development efforts in the past. What is the present state?

We are now at the take off stage after some unfortunate past. But, it depends upon how the situation moves. Nepal is emerging from the very complex political transition which makes it difficult to implement the concrete projects. I am very optimistic about that but one should be realistic as well.

A few months ago, a high level trade delegation visited Nepal attending CACI and some of delegation members  have shown interest to invest in hydropower sector. Is there further discussion on that?

Some exchanges have taken place between business communities. The Russian delegation, which came to attend the CACI, exchanged the views with Nepalese business community. This is a good beginning.  This delegation included some members from Chamber of Commerce and other industrialist from different cities of Russia. As far as I know they are in the correspondence. After a joint group meeting, it helps to push the efforts. International coverage of Nepal’s present situation is also discouraging the investors.  It somehow over shadowed Nepal’s potential.   There is the need to take both the government and private sector to avoid the present situation.  I would like to emphasize that my discussions with political and business communities indicated that there is immense possibility to increase the investment.