What happens in our place? Students want to cheat in exams. Teachers want to skip classes. There's no environment for research and innovation. 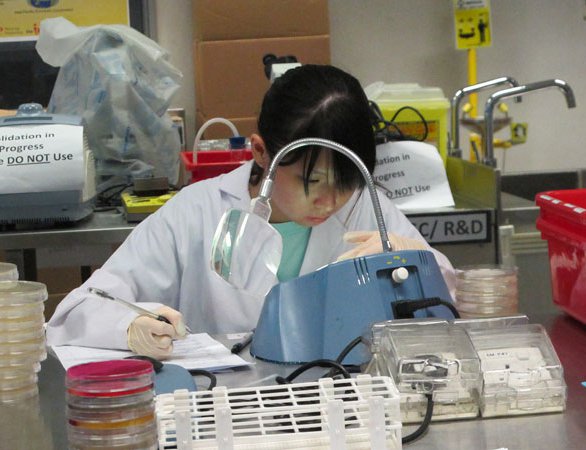 I wasn't properly getting up from my bed when I got a call from an aspiring student leader. It forced me to think about Nepal's education system.

"The Student Union (SU) election is round the corner," he was elaborating. "Please arrange a space for my interview in your newspaper?"

I was speechless, but not surprised. Many of our politicians and other professionals request journalists to publish their interviews in newspapers. He had cited some anecdotes which just kept me quiet.

"You know very well how media helped Gagan Thapa to be a successful youth leader. Please help me to be like him," he was telling me.

The caller might have been correct to some extent. But Thapa's political success doesn’t owe only to the media, although many of his own political comrades think he's been raised and cared by the media. This young man has dared to be different. Even his powerful leaders were dead against him when he was pleading for a republican state. He is a dynamic youth and has surely tried his best to be on way to his destination.

There's a meaning on recollecting these experiences. We don't have meritocracy in our society. Education has been marred by the political activism. If a society doesn't believe in meritocracy, its people resort to the favoritism. We can see this everywhere in our day to day life.

The society based on favoritism doesn't give a damn to anyone who is not in power. If you're out of power, they don't care you. But again if you are there you'll be gheraoed by these people who are the aspirants. We don't need quality in education if we are hell-bent to finish meritocracy and establish a society of favoritism.

Even in our universities and colleges, we don't have sufficient facilities to provide a hands-on education. Many of private colleges look very tall and impressive in cosmetic beauty. But they lack the proper academic environment. We can't assume what exactly is going on inside the tall buildings.

Our one and only Tribhuvan University has the glorious past, but the education standard of most of the faculties is too poor. Being a government university it has huge infrastructure and properties. But it's not been managed well and doesn't look good when anyone from outside Nepal wants to see the greatest university.

Why do the government and the university management want to keep this university in such a pathetic state? When I see universities and campuses abroad in the best state, I feel so good and want to compare them with our own. They are well cared and kept as national treasures. They look vibrant, like best tourist places. Universities are the centers of excellence and people always feel good with their alma mater.

What happens in our place? Students want to cheat in exams. Teachers want to skip classes. There's no environment for research and innovation.

At the end of 2012, I had a chance to observe Singapore’s system of education through a grand international conference dedicated to technical and vocational education and training, TVET 2012. Even some of the German participants were mesmerized by the overwhelming success of Singapore on this field because they adopted this system from Germany.

Singapore has adopted 'hands on' and 'minds on' education system to make its products competent. Their universities and vocational institutions are collaborating with famous companies like Rolls Royce. If your students are already making jet engine in your class, then surely your country moves faster.

Our leaders often mention that they're going to turn Nepal into Singapore. But Singapore is made with mindful and practical lessons they've drawn from various countries. This kind of education has turned Singapore a high-earning country around the world. Singapore government spends huge money for educational institutions.

But where are our governments spending from the state coffers? They want to spend it to their party cadres, so called organizations in the name of martyrs and other beneficiaries of their parties. Look at the spending of our four prime ministers Pushpa Kamal Dahal, Jhala Nath Khanal, Madhav Kumar Nepal and Babu Ram Bhattarai. Altogether, they've distributed almost Rs100 crores.

If we had spent this money to develop an institution to produce the best human resources for the country, we would have made a lot of difference. The poor condition of our vocational training institutions could be improved. If we don't set up the best education system in our country, then we'll only be producing politicians to ruin the country.

Three Decades Of Engagement In Climate Negotiations By Batu Uprety 17 hours, 27 minutes ago

Nepal Is Bearing The Disproportionate Burden Of Climate Change By BHARAT RAJ PAUDYAL 1 week, 1 day ago