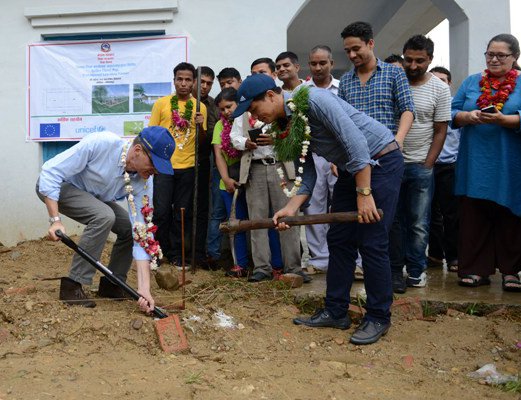 A draft declaration with 4 key principles on Child Friendly Governance was the outcome of the 3rd International Child Friendly Cities (27-29 June) at the Hotel Park Village, in Kathmandu.

According to a press released  by UNICEF, The local organizers were Nepal School of Social Work and ENGAGE, and they were supported by South Asia Initiative to End Violence Against Children (SAIEVAC) and Child Workers in Nepal (CWIN); and the NGO Alliance for Children.

The three-day conference and workshops offered lively debates, discussion forums, and experiences from far afield as Toronto and Sydney; including theatre and songs by children’s clubs and children associated with the many participating agencies working together for children.

The Chief Guest for the opening ceremony was Vidhyadhar Mallik, Minster for Federal Affairs & Local Development; and Ridhababa Pradhan, Minister for Women, Children & Social Welfare presided over the closing ceremony.

The National Strategy on Child Friendly Local Governance (CFLG) in Nepal is led by the Ministry of Federal Affairs & Local Development (MoFALD) with technical support from UNICEF, Royal Norwegian Embassy and other partners; and was endorsed by the Government of Nepal in 2011.

21 House Buried, 3 Killed And 7 Missing In Landslides In Bajhang And Bajura By NEW SPOTLIGHT ONLINE 1 day, 11 hours ago

Examinations In Universities Will Held Soon By NEW SPOTLIGHT ONLINE 1 day, 18 hours ago