Becoming the hub of businesses and industries, Biratnagar has blossomed immensely in the secondary sector 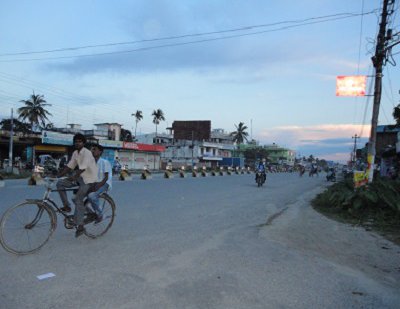 Located in Southeast Nepal, Biratnagar is known for its staggering development and its sweltering summer sun. As an emerging progressive place, the inhabitants of Biratnagar have managed to achieve the impossible. They have managed to adapt to the culture of the west, whilst practicing their own. They have merged the idea of advancement with the reality of a typical Nepali community.

We live in a world in which asking for a cup of sugar from your neighbor is an extinct act. However, in Biratnagar, neighbors are friends and friends share their slice of cake. The occupants have found a way to economically, culturally, and architecturally develop while holding on to the traditions of the past. Aashna Sharma, a resident, says, “We take community and family seriously. In Kathmandu, most people don’t know their neighbors, we do. We keep traditions. That’s the best part about living in Biratnagar. We’re developed, but not too developed.”

Becoming the hub of businesses and industries, Biratnagar has blossomed immensely in the secondary sector. Emerging economically, it will one day be the epicenter of Nepal’s industrial needs. This estimated trend is beginning with it’s very first shopping center, Nepal Bazar.  Munu Mahat, a regular at the mall, says, “Ever since Nepal Bazar opened up, I don’t go anywhere else. Everything can be found there! It’s great! It should have opened up years ago.”

In the last 10 years, the promising signs of a small town developing into a large city have shown. Sharma says, “In the last 10 years, many people have moved into Biratnagar. But even more people are gone, they live in Kathmandu now.” Overflowing with industries, Biratnagar exports instant noodles, and attires to India and other cities around the country. Products are chiefly imported from India and China. With many small businesses and industries flourishing, a couple of large ones are doing very well. The largest industries of Biratnagar are the Biratnagar Jute Mill and the Biratnagar Sugar Mill. The products are exported to other cities within the country.

Named after King Birat, the city remains culturally intact. With a majority of the population being either Hindu or Muslim, there are plenty of temples and mosques. A crowd favorite during Dasain time is the Kali Mandir. Pujas take place regularly, with a large number of attendances. Sharma says, “If a puja is taking place at a house, all of us neighbors attend. It brings us closer to the gods and our neighbors.”

The education sector in Biratnagar, however, seems to need much improvement.  Many students attend boarding schools in Kathmandu after 3rd or 4th grade.  The ones who complete their SLC exams in Biratnagar, go to Kathmandu for further studies.

With more than 46 well known schools and college in the area, parents still prefer to send their children to the big city. A parent, who would like to remain anonymous, says, “My sons both go to school in Kathmandu. They’ve gone there since they were young, class four. The schools in Biratnagar don’t have a good standard. Yes, the ones in Kathmandu are expensive. But, they are better than the schools here. Here, they do not have a teaching technique.” Another parent chirps in, “Biratnagar is developing fast. But, the education system is not following the rest of the development.”

Behind Kathmandu regarding population size, Biratnagar does not fall short in many other ways. With 182,331 people working hard towards development under the scorching sun, Biratnagar is heading places.

Japan Hands Over An Oxygen Generation And Distribution System To Dhankuta Hospital By NEW SPOTLIGHT ONLINE 5 hours, 37 minutes ago 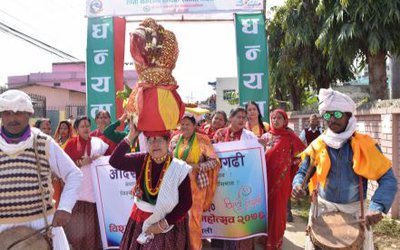