With the experience of observing three national parliamentary elections, two local elections and one Constituent Assembly election in Nepal to his credit, KRISHNA MAN PRADHAN, general secretary of the General Election Observation Committee (GEOC), an 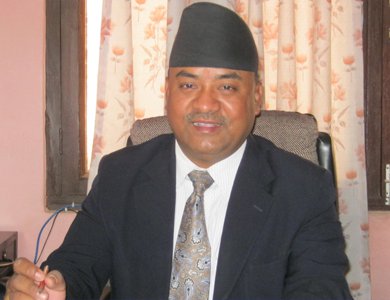 As a civil society member, who has interacted with various stakeholders, how do you see the possibility of holding the elections in November 19, 2013?

Given the present political development, I am quite optimistic that the elections will be held as per the published schedule. Nepal's major political parties are preparing to go for the elections. They have launched election campaigns and are strengthening their party organizations. The Election Commission has already published its calendar. All these efforts show that the nation is gradually moving towards the elections. During my interactions, the political leaders at the center as well as at district level have expressed their commitment to the November 19 elections. Most importantly, the people are looking forward to the elections.

How do you see the efforts from the government?

Along with allocating over 16 billion rupees for the elections, the government is making necessary security and administrative arrangements. The government has also started negotiations with various disgruntled political parties. This is a good beginning.

What is your impression about the preparations being made by the Election Commission?

While updating the voters’ list, the Election Commission has also conducted the training for officers and other employees. Similarly, the commission has also completed the registration of political parties. It has already prepared the calendar and is already equipped with necessary election laws. With less than three months to go, the Election Commission is working in a fast pace to complete all necessary preparations for free and fair elections.

What assures you when you say that the elections will be held on November 19?

Activities of the political parties, the Election Commission and the government are adequate indications to assure a person like me that the elections will be held in November. Even the Election Observer groups, like ours, have already started monitoring the elections. The move towards the November 19 polls is definite. I don't think it is easy to reverse that now.

However, some political parties are opposing it. Will they join the elections?

The recent announcement of the Baidya-led Maoists and other disgruntled parties to take part in the negotiations has indicated that all political parties are likely to take part in the November 19 elections. Baidya himself has said publicly that his party is not against the elections, but it is just against certain processes leading to the elections. Federal Socialist Party, led by Ashok Rai, and Madheshi Janadhikar Forum-Nepal, led by Uprendra Yadav, are also positive about the elections. In this context, the forthcoming elections are sure to be held.

How can organizations like the GEOC help the EC to create a congenial environment to hold free and fair elections on November 19?

We are working side by side with the Election Commission (EC). We are supporting the EC in monitoring the implementation of its code of conduct. Similarly, we will also help the EC during the elections. We submit our monthly reports to the commission.

What do you say of the international perspective?

What is the role of the Civil Society?

How will the GEOC work?

How many areas will you cover?

GEOC and, NEOC are preparing to monitor 20,000 polling stations of 240 constituencies. In the last CA elections, over 30,000 national and 500 international observers were involved in the monitoring. Similar number of observers are likely to be there in the coming elections.

Who are supporting the monitoring?

Nepal's development partners like DFID, European Union, Swiss Embassy, Norwegian Embassy, USAID and Danish Embassy have already expressed commitment to support the monitoring process along with supporting the EC and other election related agencies.  Besides, others have also expressed their commitment to offer support.

As the Constituent Assembly election is coming closer, how is Nepal Law Society helping?

Nepal Law Society is working in 75 districts through Constitution Information Centers in 14 zones. The centers are running with the support from International IDEA, UNDP, Embassy of Switzerland in Nepal, ESP/DFID and in close collaboration with the Constituent Assembly Secretariat. We have already mobilized people through CICs in 14 zones.

What is your impression about how people are taking the elections?

I have recently visited some centers where there is a momentum for election campaigns. There is a growing demand from the people that the elections be held. The people want to see an inclusive, federal and republican constitution written by the Constituent Assembly. This is also a major demand of People’s Movement II.  Political parties have already launched their nationwide campaigns. Political leaders have already started visiting nooks and corners of the country.

What role have the centers been playing?

They have been playing the role of a bridge between the people and the Constituent Assembly. In the present context of holding the elections, the centers have been organizing civic dialogue on major constitution issues to inform the people about the achievements and progress made by the previous CA. Every month, centers have been organizing over 120 civic dialogues on constitutional issues. These centers have held meetings to discuss the points of the past agreements and the issues of differences.

How important is the role of the election observation groups in ensuring free and fair elections?

The election observation is not just limited to merely watching votes cast on the polling day. It starts right from the collection of voters’ list. This goes on during all the processes, including registration of political parties, determination of polling booths and so on. We have been holding the meetings in the name of civic dialogue on constitutional issues. We invite resource persons from the center and we also mobilize local resource persons for the program. Under this program, we are giving the message of importance of CA and procedures of making the constitution through the CA. Along with focusing on the works of the previous CA, we also discuss the issues that need to be taken up by the coming CA. With such programs, I believe people will be more inclined to meaningfully take part in the elections.

Japanese People Have A Special Sense Of Intimacy Toward Nepal: Ambassador Yutaka Kikuta By Agencies 1 week, 3 days ago

Tokyo Olympic Committee Is Now Preparing For The Coming Summer By Keshab Poudel 1 month, 1 week ago

“Nepal Is A Crown Jewel For Humans Because Of Its Geographic Treasure” Professor Tomohiko TANIGUCHI By Keshab Poudel 1 month, 2 weeks ago