Unless the legal framework can address the special status and needs of women as a result of their natural characteristics and the biological body processes, justice will not be balanced

Everyone is aware that women have been denied justice and have had to bear added injustice due to certain trends and behaviors that are in common practice aimed at women solely due to the fact that they are women. Equality between men and women is much discussed about, but in general equality has not been achieved because the focus remains on maintaining the official equality based on the principles of equality. Due to the prevalence of patriarchal thought, even the law of the land which is supposed to provide justice is lacking unknowingly in giving gender justice. Unless the legal framework can address the special status and needs of women as a result of their natural characteristics and the biological body processes, justice will not be balanced. In addition if the discrimination created from the social gender is defined as culture and used as a resource or the basis of creating laws, it will not be able to achieve equality. Until a century ago there were provisions in the law that allowed for women who were accused of practicing “witchcraft” to be forced to consume human feces. From the gender perspective it is proof that the laws are completely unjust because discriminatory clauses within currently prevalent laws of Nepal have been clearly identified.

After internationally committing to end all types of discrimination against women, Nepal must try to maintain gender justice from all angles in its state administration. For this it is important to analyze all policies, laws, and regulatory mechanisms through the gender perspective. In this context some of the newly made clauses of the criminal offence Act draft have been analyzed from the gender perspective.

A taskforce to correct, update, and incorporate Nepal’s criminal law according to the needs of time, was formed as per the Council of Minister’s decision taken on 3 December 2008. Among the methodologies adopted by the taskforce were the review of periodic legal principles by the Supreme Court, international conventions on human rights that Nepal is signatory to. In the changed context of Nepal, the draft Criminal code, Criminal Proceedings Code, Criminal Offence (Punishment and implementation) Act, is expected to give full justice from the gender perspective. The Criminal Code is a united a substantive law that has related to criminal offence. Criminal proceeding code is the process that should be used in terms of criminal offence. In the context of the changes that have taken place in giving and administering punishment, the Criminal Offence (Punishment and Implementation) Law was made to punish the offender according to the gravity of the crime and the role of the offender.

It is commendable that special Acts have been made to address the serious problem of women and child trafficking, instead of defining the attraction towards such crime, its industry, collaborators, and conspirators within this code. The taskforce, remained within the received mandate and prepared three different draft bills. The taskforce has also presented additional basis for gender justice by analyzing the different clauses and articles in the Crime Code through the gender perspective. The taskforce has also given new legal definitions of crime and proposed that involvement in such be also be defined as criminal offence with the offender liable for punishment, in addition to the ones already defined as crime by the current Nepal law. Various different offences have been listed as crimes and presented in 27 clauses. Among those the clauses discussed for gender justice here are those that especially affect women such as: Offence against public justice, offence against marriage, life, protection of the child in womb, and rape.

Identifying other new crimes against women and defining such acts like consciously spreading the HIV/AIDs virus, promoting prostitution as criminal offences would be beneficial to women. This bill made to amend and unite prevalent laws on criminal offences has proposed that those found guilty of murder after rape should be given life imprisonment. In Nepal life imprisonment translates to 20 years. In terms of gender justice the proposal to increase the maximum time for crimes such as rape can be taken positively. Without denying the right to self protection, there are enough grounds to suspect that an attack has taken place with the intention to forceful rape, or if during forced rape or after the rape, if any immediate action of the victim  results in loss of life, such cannot be described as a crime. However the use of the phrase “immediate” is inadequate in describing the gravity of the situation.

In the Article 37 (U) Crime Code, part 1, section 4, that mentions the situations that could increase or decrease the gravity of the situation, the terms “during pregnancy” and “during maternity” should be added after “young age”. If such an offence is committed against a woman who is pregnant, such an offence should be taken as one that has increased the gravity of situation, for the use of the Criminal Code. In Article 40 (F) of Part 1, Paragraph 5 regarding punishment and interim compensation, the provision that a person convicted of killing someone after forceful rape, should be imprisoned for life, shows the attempt by the law, at giving gender based justice on such a heinous crime against women.

Part 2 of the Criminal Code has listed the various criminal offences, the timeline to register a complaint, and the punishment for such. Part 2, Paragraph 5 defines offences against public interest, health, security, services, and morality. The provision in Article 107 is incomplete and lacking of clarity in the definition of established sexual relations between husband and wife, and could define the intention of infecting ones’ spouse with a disease, as a result of the patriarchal mindset and not carelessness, as a consequence of the husbands love for the wife and of his right over her, even if the husband has infected the wife intentionally. In such a state even if a woman is the victim who has been infected by the husband, she might not be able to have the right to get justice. If the legal provision is more clear and sensitive towards this state it might assist in establishing gender based justice.

In Article 107 (1) the phrase “even between husband and wife” should be added.

In Article 120 (1) of the same paragraph, adding “teasing” to “assaulting, or molesting, or disturbing” will make the law stronger for women.

In the context of Nepal, research and investigation shows that prostitution happens either due to economic poverty or because of threats, coercion, and fear while those who visit prostitutes do so of their own free will and on the basis of money. Additions should therefore be made in Article 122 and visiting prostitutes be made a criminal offence and provisions made for those found being involved in it to be punished as well.

It has also been proposed that instead of the term prostitute, the term “sex worker” be used.

In Article 168, Paragraph 10 regarding discriminating and demeaning offences against someone, the term “gender” should also be added as a base reason after “caste/ethnicity”.

The current sub section 2 of Article 168 should be made to subsection 3 and in 2, “No one may discriminate another individual, or cause them to be deprived of availing of any public service, for being male or female” should be added.

Analyzing the patriarchal system and the current state of women, the policy to keep neutrality between men and women cannot give justice in general. Therefore if policies and laws only remain neutral, equality will only be official (in paper) and the desired equality unachieved, leading to the continuation of the state of violence against women. Taking this into consideration amendments should be made taking caution in Paragraph 11 related to marriage.

While enforcing Article 173, in cases of traditional marriage if the man says that the marriage was conducted without his approval, as per Article 173 (2) the marriage immediately becomes annulled leading to the possibility of the woman’s life and future to be in danger in society. Therefore while mentioning offences related to marriage, the process of acceptance should also be clarified. Likewise there is also the possibility of women being forced, influenced, coerced, tricked, threatened to accept getting married.

In Article 176(1) it is better not to mention the word “dowry’. Dowry is asked by the groom side. However if the dowry was given by the woman’s family, in a manner that its ownership remains with the wife, this tradition meant to empower women, will itself be blamed and injustice fall on the woman. Therefore if there has been forceful giving of dowry in a marriage that is a crime however prohibiting women’s right to parental wealth, gifts or inheritance, is not just. Furthermore the fine for involvement in the offence of forced dowry whether in cash or kind, should not be limited to Rs 30,000 but defined as per the amount involved in the dowry.

Including the protection of the pregnant women, and abortion, within criminal law, while there are demands for separate acts related to these issues, shows the inability to establish gender justice. In paragraph 13 of Article 190 related to “protecting the pregnant mother” it is stated that abortion should not be done. Article 190 (2) and (3) state that anyone found to have been involved in aborting the womb of a pregnant woman through coercion, threat, force, or influence can be jailed for between 1-5 years and made liable to pay a fine of between Rs 10,000-Rs 50,000.

Article 72 regarding the security or bail fixture, clearly states that if the woman is either pregnant or in maternity (with an infant), it should be fixed as per the situation.

Forced rape and its industry have been defined as offences that cannot be forgiven.

This draft is seen to be sensitive towards the physical state of women as well. There are provisions for the court to allow women who are more than seven months pregnant to be freed on bail even if they are convicted. If a woman needs to be arrested, a woman officer should make the arrest as far as possible. However if a woman officer is not present, a male police officer may make the arrest ensuring that the woman’s dignity is not degraded and her physical sensitivity is honored. This shows that the draft is attempting to keep up the honor of women.

The law must be able to incorporate principles of gender based justice if a just society is to be created. To end patriarchal thoughts and actions and create a more equal society, drafts of laws must be made keeping the gender based justice as the focal point. Awareness must be taken to honorably incorporate issues of the rights of women who have been made victims of discrimination and exploited in the name of tradition and culture, in the legal system. To establish women’s rights it is not enough to implement neutral policies and establish an equal state system. Initially while it was felt that to end discrimination it was enough to have neutral behavior and to give equal opportunities to establish equal rights. However this is inadequate to end discrimination and achieve equality. To implement concepts of indiscrimination and equality that have evolved in the field of human rights, it is important to analyze every article through the gender perspective during the law making process.

In the development process till date, women have been directly or indirectly, intentionally, through legal, historic or on structural basis, been discriminated against in behavior, boycotted, prohibited, in the public or within their families and society. To end this discrimination and establish assistive systems that can provide women victims with compensation, there must be provisions for positive discrimination towards women in the constitution, and laws must head towards achieving gender equality.

Passage Through Turkey By Som P. Pudasaini 2 weeks, 3 days ago

Book On Political and Economic History By Keshab Poudel 2 weeks, 4 days ago 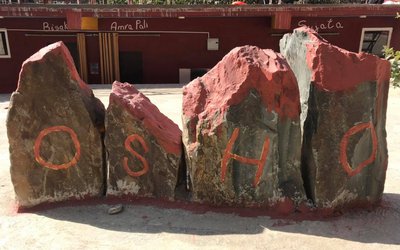