SUNIL BAHADUR THAPA is not a new name in Nepali politics 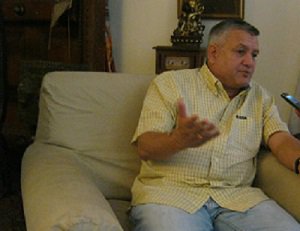 How do you see the role of youth in RPP?

First of all, I am extremely glad to learn and to see that there has been a lot of attraction of youth population towards RPP in the recent times and this has been proven by two major events that happened in our party. Before the general convention, we had among 2,000 delegates and out of them 1,800 were youth and new faces. That showed that there has been increasing interest of youth towards our party. Among the members of the executive body, that was elected, approximately around 72 percent are youth and 60 percent represented the younger generation.  It showed that there has been a great attraction to this party and one of the main reasons is its policy. Whenever RPP was in power, the party introduced youth friendly programs. Our party has brought many youth friendly programs in Nepal.  We are the first party to bring youth employment program in the country when we were in power. We are the party which opened door for youth to go for foreign employment. All these were sidelined when all new parties came to the power. Young people thought that new parties will do more for them. Now, youth seem to realize that only RPP can make the difference. Young people are now bouncing back to our party.

How do you differentiate RPP from other major parties?

Our party was born in Nepal in 1990. RPP is a home-grown and home-based party. That is one of major principles we have adopted. We happened to be Nepal's foremost conservative party, which represents all segments of the population. Because Nepal is a very traditional based country, we have a lot of tradition to follow and we have always appreciated and respected different traditions and cultures of the people. What we believe is that since we believe in norms we are different from other political parties which talk about revolution and rebellious voice. At the end they always come back and follow the traditional values of Nepal which they are bound to. We have seen in the last seven years that political parties which promised so much to the people failed to deliver basic needs of the people. You can see the difference on that. Third, we are totally committed to democracy. Fourth, we went to the people to seek our representation in the CA. We believe that the people’s mandate is something we will adopt and appreciate. Based on that we happen to be quite different from other political parties.

Nepali Politics is still dominated by first generation leaders in all political parties. What is the future of youth in Nepali politics?

If party nominates you as a candidate, will you contest the coming elections?

Right now we are on the eve of elections and we got less than three months for November 19. My standing in the coming CA elections depends on two basic things. My constituency is in Dhankuta, where I was born. I joined the party from Dhankuta. I would like to seek the opinion of the people of Dhankuta. What they want me to do, contest or just work at grassroot, I’ll do that. If the party asks me to contest, I will definitely contest the elections.  In that case, I will not run away from elections.

After working over two decades in the international arena, what inspired you to join Nepali politics?

I was born in a political household of Nepal.  Political interest always remained with me. One of the reasons why I chose the job in the international arena was because I thought that I would earn a lot of experience. Going and working for humanitarian organization, the skill and experiences I have, from over 22 years, would be a great asset to the country. I know the role of youth and what the role youth can play and to change the traditional functioning style in the party. That is very important to utilize my experiences in the country. My working outside and coming back to Nepal is definitely an asset to the party and country.  I came back in Nepal with 22 years of very rich experience.  Nepal is also a global village and linked with international arena through modern communication. My aim is to use my experiences to contribute to Nepal and serve the Nepalese people through the political party. I am very optimistic about my future in politics of Nepal. Sometimes, we need to go above the party line and serve the nation's interest.

How do you see the possibility of holding the CA election without the participation of major political forces like CPN-Maoist, Federal Socialist Party and Madheshi Janadhikar Forum-Nepal?

I have very different thinking on this. First of all, we had the first CA elections which was very non-productive. That is one of the causes of its failure.  Now we are talking about the second CA elections in which major issues still remain the bone of contention. Failure of the first CA and continuation of tge same four parties, Nepali Congress, CPN-UML, UCPN-Maoist and Samyukta Loktantrik Madheshi Morcha, in the helm are still there. This is a very sad affair because nobody is going above the party line and talking what the nation had to pay. They are just concerned about their own party interest. This is the CA elections and it is the platform to write the constitution.  We should take initiatives to make conducive environment where all parties can contest the elections.  All political parties should participate because, at the end of the day, this process has to go to the people for endorsement. We must make people's constitution. We cannot write such a constitution by isolating a few parties.  If we hold the elections by ignoring them, it will be the moon with an eclipse.  In the long run such elections may not be fruitful and in nation's interest.

Of course, it is very important to convince them to join the elections. Along with CPN-Maoist, we cannot ignore Ashok Rai led Federal Socialist Party and Madheshi Janadhikar Forum Nepal, which had credit to call major People's upheaval in Madhesh four years ago. If the major segments of political forces like MJF remain out of elections, representing the areas of half of the population, what is the meaning of the CA elections?  I want to recall the time when Girija Prasad Koirala led government signed an agreement with Upendra Yadav led Madheshi Janadhikar Forum-Nepal on several issues and postponed the election till their participation.  Yadav was the leader of Madhesh agitation and holding elections is meaningless without his participation. We have to negotiate the terms and conditions of disgruntled parties. It is the responsibility of the present government and four parties to address their grievances.

How do you view the media reports on foreign intervention in Nepali politics?

We should look at this in two aspects. When your house is burning, there is need for others to come and control the fire if the country is incapable to put the fire in control. If political forces in the country are quarrelling, your neighbors also get disturbed till morning to night. So we are in this position that we are unable to bring our house in order and we are not stable. Advice of foreign countries is important as it can help us. At the same time it is also very important for us to take advice but it is up to us to decide what to do with things in the interest of the nation. As long as you work for the nation, taking national interest as priority, the advice of foreign countries is nothing wrong. However, once you deviate from the national interest of the country, that becomes a problem.