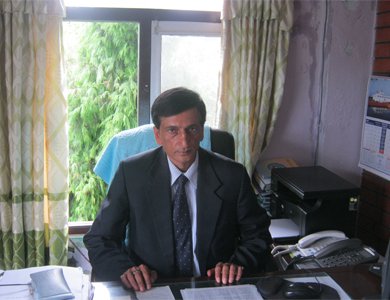 How do you see the state of Right to Information now?

After the implementation of the Right to Information Act 2007, we can see a sea change now. Of course, there was certain confusion in the initial stage about some clauses and provisions of law. Everything has been settled now. In the initial years, only a few people knew it. When we do the retrospection of the last seven years, it is realized all over Nepal that RTI is important part of individual rights to seek the information they like to know. Interim Constitution of Nepal also guarantees the right to information as a fundamental right of the Nepalese citizens. Every Nepalese citizen has the right to seek the information under the Right to Information Act. The act also makes it clear that every individual can acquire the information related to public interest from public offices. Every individual has access to information stored in public offices. If we look at the last five years, the trend to demand information from public offices has gone up. In the first year, 12 applications were filed. In 2009, the commission received 39 complaints, in 2010 it was 47, in 2011 it was 136 and in 2012/013 it was 260. Out of them, we settled 11, 29, 22, 90 and 199 cases respectively. We are working to settle the remaining complaints. There is also an increasing tendency among the government offices to share information with the public. The situation is now that every Nepali can get information he or she seeks from the concerned offices. The government offices have to provide the information required by people. This is a very positive achievement of the last five years.

How do you classify them?

Out of total applications, the number is 68 for education,15 for health, 60 finance, 10 law, 13 local development, 9 security, 4 politics, 6 Information and communication, 8 CIAA, 10 banking, 39 civil servants and 19 others. Out of this, 68 per cent were related to public and 32 percent private.

How does the law define public institutions?

Under the Right to Information, can citizen seek all kinds of information?

How can the commission make a balance between individual privacy, state security and other secret information and right to information of citizens?

This is a major challenge. Even developed countries are facing a tough time to interpret the access to information of individuals and states. Nepal is no exception. There is a serious debate going on to have a fine balance between state's security needs and privacy of individual freedom and Right to Information. Even Nepal's Interim Constitution has put certain restrictions on sharing information particularly on the issue of Nepal's national interest and individual's privacy. The constitution guarantees individual privacy. One of the challenges in Nepal is to make a balance between these two. In the name of national security and individual privacy, the citizen should not be denied his or her right to information. At the same time, there is also the need to draw the border line for individual privacy and national security.

Since the area of Right to Information is so broad, how do you see the institutional capability of the National Information Commission?