Former chairman of Constituent Assembly and leader of CPN-UML Subhash Chandra Nembang holds the view that there is the need to have a broader agreement in accordance with the mandate of the people. 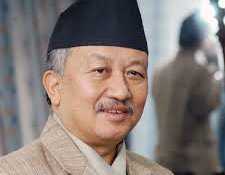 How do you look at the present controversy over summoning the Constituent Assembly?

This is a non-sense. The Interim Constitution has clear provisions regarding the summoning of the CA. According to the Constitution and the present practice, the prime minister has the power to summon the first meeting of the Constituent Assembly. I don't think there is any debate over this.

Do you think the time has come to summon the first meeting of CA?

Do you think three major parties will submit their lists for proportional representative by December 25, given UCPN-Maoist insistence not to do so?

As the country's major three parties are in the process of selection the names for proportional representatives, they will meet the deadline. I don't have any doubt about it. It will be unconstitutional to hold the meeting of Constituent Assembly without nomination of all the members.

If UCPN-Maoist fails to submit the list, what would be the scenario?

First of all I don't think UCPN-Maoist is such an immature party. We need to politically insist them to fulfill their obligation.

How long should other parties wait for UCPN-Maoist to submit its list?

Since we are in the process of constitution writing, there is the need of participation of all the political parties. We even need support from CPN-Maoist to write the constitution. We cannot ignore UCPN-Maoist. The best way is to address the issues raised by UCPN-Maoist.

Even before the summoning of the Constituent Assembly, there is debate over the formation of the government. How do you look at this?

How do you suggest the new CA should move ahead?

We need to bring some of the important members of previous CA who were involved in constitution drafting at the last stage. Political parties need to nominate persons like Yek Raj Bhandari of CPN-Maoist, Laxman Lal Karna of Madheshi Morcha, Radheshyam Adhikary of Nepali Congress, Agni Kharel of CPN-UML and Khim Lal Devkota of UCPN-Maoist -- they played an important role to prepare the final draft. Their continuation is necessary to write the constitution in time.

Nepal's Stand Is For Truth To Prevail, Come What May: DPM Pokhrel By NEW SPOTLIGHT ONLINE 3 weeks, 4 days ago