Just a week after a high-level security visit, high officials from Chinese Communist Party paid a visit to Nepal, meeting the leaders of various political parties 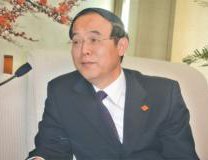 As Nepal's major political parties are yet to agree on the formation of the government and summoning of the session of the newly elected Constituent Assembly, Nepal's neighbors are more worried and concerned about these political developments.

According to media reports, high level political leaders from main opposition BJP are also coming to Nepal to meet the newly elected members of the Constituent Assembly and leaders of major political parties. As Nepal’s overall political scenario is heading towards uncertainty again, neighboring countries are intensifying their activities here.

Although India is yet to mobilize its own political leaders like D.P.Tripathi and others to influence Nepal’s political course, India invited a jumbo delegation of Nepalese journalists representing all major mainstream media for a week long visit to give an appraisal on Nepal’s overall scenario from the media perspective.  Although former King Gyanendra is also in India to attend the wedding of his relative, the visit has also generated some political meaning.

The Chinese concern is understandable. Nepal’s political stability and instability will have implications to Tibetan Autonomous Region of China. Similarly, India too is concerned over any increasing activity of other forces in Nepal.

As Nepal’s political parties are showing no sign of a compromise on summoning the session of Constituent Assembly, western diplomats, including the American ambassador, are also meeting the leaders of major political parties.

“The message of the Chinese leader Ai Ping is: come to a compromise and hold the meeting of Constituent Assembly as soon as possible,” said a Nepali, who was with the 18-member delegation throughout the meeting.

Along with the Chinese Ambassador to Nepal, Wu Chuntai, Ai Ping, who is vice-minister at the International Department of Communist Party of China on South Asian Affairs, met UCPN-M chairman Pushpa Kamal Dahal and CPN-M chairman Mohan Vaidya separately.

The Unified CPN-Maoist, which after an unexpected drubbing in the polls, is hemming and hawing to join the Constituent Assembly whereas its breakaway faction CPN-Maoist is for boycotting the assembly altogether.

The message of Ai Ping was loud and clear: get involved in the constitution-writing process. China has long been concerned with Nepal's political instability as it does not bode well to internal security interest of the northern neighbour.

Beijing is aware that political crisis here in the country encourages anti-China activities in Nepali territory and undermines its efforts for maintaining internal security. So, it is not surprising to see Chinese authorities increasingly visiting Kathmandu and accentuating firmly on political stability in the country.

After the conduct of the November 19 Constituent Assembly (CA) election, a number of high-profile Chinese delegations have come to Nepal to convey their concern to the Nepali political leadership.  The latest in the series is the visit made by a high-level 14-member Chinese team led by Ai Ping, a member of the Committee of Foreign Affairs of the Communist Party of China.

As the formation of the new government is getting delayed, Nepal’s neighbors are showing more and more concerns. The concerns by the two neighbors are likely to complicate the political situation.