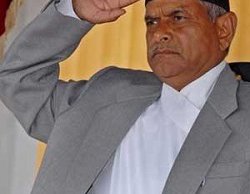 The oversight of learned legal experts and draftsmen, of political parties as well as Shital Niwas, when they prepared 25-point order to remove constitutional obstacles, has brought about an unnecessary controversy over the first meeting of the second constituent assembly.

In 2008, the first meeting of the CA 1 was called by then prime minister Girija Prasad Koirala. The Interim Constitution had vested Koirala with the powers of both head of government and head of state – because the King was gone and the president had not been elected yet.

That constitutional provision has not been changed in the umpteenth constitutional amendments nor in the 25-point order prepared to pave the way for the formation of election government.

It has now turned into a bone of contention between Shital Niwas and Singhdurbar.

Shital Niwas feels that in the new context, the provision should be changed and president allowed to call the first meeting. Singhdurbar says it has to abide by interim constitution and so the executive chief be allowed to call it.

The political parties have given out confusing signals. While upholding the international practice of head of state calling such meeting, they have said that they will take a decision about it only after a case related to it is settled by the Supreme Court.

As such, a seemingly nonsensical debate is threatening to overshadow the first meeting of CA II.

In fact, many feel that it is unnecessary to drag this issue for too long. “If the parties, the president and the interim election government head sit together and discuss, they can easily find a way out. They can either let the president call it or let the government head call it this time. It is so simple,” said a political analyst.

NCP FEUD Beginning Of End By A Correspondent 1 week, 4 days ago

NCP FEUD The Beginning Of The End By NEW SPOTLIGHT ONLINE 3 weeks, 5 days ago