Secretary at Ministry of Science, Technology and Environment Dr. Som Lal Subedi spoke to New Spotlight on various issues regarding the use of Renewable Energy in Nepal. Excerpts: 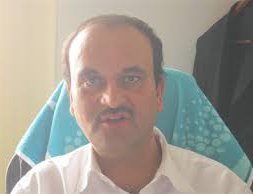 How do you see the possibility of expansion of renewable energy in Nepal?

As there is a huge problem of power outage in Nepal, the prospects of renewable energy to power the urban areas are immense. From this year, we have already started a program to encourage the use of solar power in urban areas. We have been launching the program in joint partnership with the municipalities. Basically, we are promoting alternative energy in the urban areas. Next year, the schemes will be extended to many other urban areas, in terms of their quality and quantity.

How many municipalities are selected?

We have selected 14 municipalities to pilot solar projects within the limited budget for this. We have just initiated the program. After the piloting, we will see what is technically possible in which areas. Since renewable energy is widely used in rural parts of Nepal, the inclusion of urban areas will have an added value.

How is the government responding?

As Nepal's power crisis is badly hampering the country, Chief Secretary Leelamani Paudyal has constituted a working group to study how to make effective and efficient use of renewable energy. The working group will look into the issues such as how to use the renewable energy in the context of reducing the present load-shedding.  The committee is led by the secretary of the Energy Commission. We have recently formed a technical team to submit a report on how we can use the renewable energy to lessen the present power crisis. Based on the recommendations and justifications, the government will increase its budget in this area for the next year and request Nepal's development partners to support our program. Nepal's development partners, hopefully, will be positive in this regard.

How do you see the role of AEPC?

Alternative Energy Promotion Center (AEPC) will be the implementing agency of the government in the area of renewable energy. It will work as a nodal agency for all kinds of renewable energy programs. As AEPC has the technical capacity to deal with all kinds of renewable energy related issues, it can implement these programs effectively. AEPC will implement the programs in urban areas in collaboration with the local bodies. AEPC will provide technical support and subsidies and local bodies will collaborate with it for implementation. The local body will take this role in the future.

Nepal Is Ready To Face With India, Ultimately Truth Shall Prevail: DPM Pokharel By NEW SPOTLIGHT ONLINE 2 months, 3 weeks ago

How Can An Employer Pay Full Salary To Employees Without Income? Senior Advocate Dr. Gandhi Pandit By NEW SPOTLIGHT ONLINE 2 months, 4 weeks ago

With Focus On Children, WVIN Has Done Well: Ginting By A Correspondent 4 months, 4 weeks ago

Innovation, Entrepreneurship Can Transform Nepal: George By A Correspondent 5 months ago

Regulatory Application Will Improve Fiscal Discipline: Mainali By A Correspondent 5 months ago