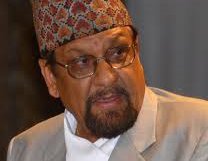 Out of four bridges under construction, two collapsed due to heavy storms. Similarly, dozens people have already died in Biratnagar due to infection from Hepatitis E after drinking the contaminated water. Other half a dozen were killed by diarrhea in Rautahat district.

The two incidents showed where Nepal needs resources as Nepal’s technical and institutional capacities are badly exposed by collapse of two bridges and loss of life by preventable epidemic in Birtnagar and Rautahat districts. The incidents are indications of immediate needs for prioritizing. Had awareness level increased, hundreds of people would have been saved annually and had Nepalese had adequate technical capabilities, there would not have been such incidents like in Chitwan and Okhadhunga.

However, the revised Development Cooperation Policy, which is in the process of cabinet approval, restricts donor support in these areas. According to the revised edition of the Development Cooperation Policy, there is the need of pre-permission for a government employee to take part in any technical training , workshop and seminar in foreign countries. The Policy bars any career training under the grant or loan. Similarly, the policy also restricts the investment in the social sectors, including research and study on health, education and other such sectors.

As over 80 percent of Nepal government’s annual budget is allocated for concurrent expenditure or to feed the government employees, Nepal’s development partners have been paying the money for much needed health, education and other development sectors. As the government’s fund is inadequate to invest in social sector, Nepal’s reliance on foreign aid continues to increase. Undermining the hard reality, the policy is completely directed against Nepal’s needs and priority.

Although the preparation and consultation for Development Cooperation Policy started almost three year ago, the revised policy was finalized  by finance minister Dr. Ram Sharan Mahat. After the formation of the government, a series of foreign aid issues have emerged.

As Nepal desperately needs foreign aid to sustain its progress achieved in Human Development Index, there is the need of wide and extensive consultations among various stakeholders on the documents. It needs to incorporate the practical solution of development partners which abide Nepal’s policy.

However, the situation is reportedly different. Nepal’s major development partners’ suggestions were ignored and Ministry of Finance reportedly prepared revised Development Cooperation Policy without taking any suggestions from them. “We are here to support the programs and projects proposed by the government. It does not mean that finance ministry’s officials can alone prepare the document undermining our suggestions,” said a senior official from Nepal’s development partners. Ministry officials are ignoring our suggestions and good opinions. If Ministry officials impose unnecessary restrictions and obstructions, we may have no option other than to cut our funds.”

However, the Ministry of Finance (MoF) is in the process of submitting the revised Development Cooperation Policy (DCP) to the cabinet for approval. “The revised policy aims for better management of foreign aid,” said Madhu Kumar Marasini, head of International Economic Aid Coordination Division (IEACD) under the finance ministry.

Ministry of Finance has done a long homework to revise the Foreign Aid Policy of 2002 after the cabinet directed it to revise the policy following the political change of 2006.

The revised policy puts a mandatory provision of periodic review of the aid funded programs and fixes the ceiling for loans, soft loans and grants provided by development partners, according to Marasini. “The policy has fixed the ceiling of US $5 million on grant, $10 million on soft loan and $20 million on loan respectively,” he added.

The policy announced certain directives which are against the present laws. According to Social Welfare Council Act 1991, it is the duty of Social Welfare Council to monitor and permit the NGOs and INGOs. The new policy, however, requires International Non-governmental Organizations (INGOs) and Non-governmental Organizations (NGOs) to report about their funding and programs to Aid Management Platform of MoF.

The policy has also made it mandatory for the multilateral donors, bilateral donors to provide assistance through national system. According to the revised policy, only Ministry of Finance has the mandate to deal with foreign aid. As the unrestricted travel of government officials has created a lot of controversy, the revised policy says government officials can travel to foreign land on donors support only after taking approval from the foreign ministry. This will completely restrict the mobility of senior and middle level civil servants on foreign travel.