BoK To Merge With Financial Institutions

BoK To Merge With Financial Institutions 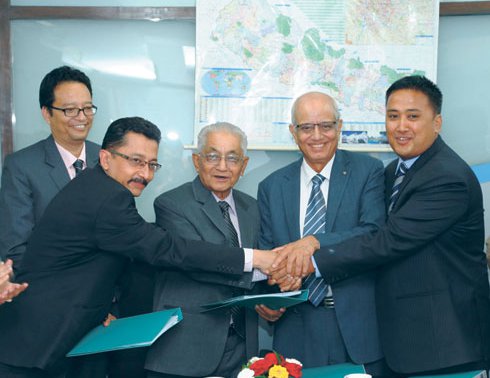 Bank of Kathmandu (BoK) and three other financial institutions -- International Leasing and Finance, Shree Investment and Finance and Nepal Express Finance -- have reached an understanding to undergo merger. A Memorandum of Understanding (MoU) to this effect was signed recently by the top officials of the four institutions.

Further process of the merger will be initiated after receiving Letter of Intent (LoI) from Nepal Rastra Bank  (NRB), according to a press statement. According the MoU, the merged entity will be named Bank of Kathmandu Limited.

As per the financial statements of 2012/13, the paid-up capital of BoK stands at Rs 1.92 billion, while that of International Leasing and Finance, Shree Investment and Finance, and Nepal Express Finance have paid of capital of for the same period were Rs 2 billion, Rs 176 million and Rs 197 million, respectively.

TRISHULI RIVER BASIN Call For Protection By A Correspondent 3 days, 4 hours ago

NEA Given The Go-Ahead By Keshab Poudel 4 days, 6 hours ago