As over five hundred Nepalese are working in Ebola affected countries in West Africa, Nepal needs to maintain a surveillance of those returning from Africa 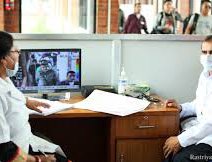 Although Nepal’s security agencies have placed certain quarantine period for those who return from west Africa, nobody knows the whereabouts of nearly five dozen Nepalese who returned in the recent months from the Ebola affected west African countries.

On Friday, 130 personnel of Nepal Armed Police arrived from Liberia completing six months deputation under UN. Instead of sending home, they will be placed 15 days quarantine in Kakani,30, kilometers north of capital in quarantine under medical supervision.

According to spokesperson of Nepal Armed Police, Singh Bahadur Shrestha, they will be sent home only after through medical supervision. Nepal Armed Police has decided to send 280 police personnel in Liberia to serve UN Peace Keeping Mission.

As Nepalese exposure to African countries has recently broadened, their vulnerability to catching Ebola has also gone up. Although Nepal is one of the vulnerable countries in the region and needs to keep its health service institutions efficient, the situation is otherwise.

At a time when there is the need of more surveillance on the people, District Public Health Offices (DPHOs) along the border have threatened to remove health desks set up at the border check points for Ebola screening due to lack of budget.

The head of Epidemiology and Disease Control Division (EDCD) said DPHOs of the border districts have warned that they will be compelled to close the Ebola screening desks if a budget is not released immediately.

"As my office does not have additional funds to allocate to the health desks, DPHOs in the border districts may shut down at any time," said Dr Baburam Marasini, director at EDCD. “I demanded Rs. 50 million to respond to the Ebola menace but the Ministry of Finance (MoF) has not yet released the amount.”

The EDCD and DPHOs have set up Ebola screening desks at border points and Tribhuvan International Airport (TIA) some two months ago to quarantine people returning from West African countries.

“The Ministry of Health and Population (MoHP) has promised to provide additional funds to initiate precautionary measures following the announcement of a global health emergency by the World Health Organization (WHO) because of Ebola, but the money has not yet been released,” said Dr. Marashini.

Nepal is vulnerable to Ebola as hundreds of its security personnel are deployed under UN peacekeeping missions in West African countries that are at the epicenter of the Ebola outbreak.

Nigeria’s experiences have shown that Ebola can be contained in case of functional health institutions with proper quarantine and surveillances. It also showed that this outbreak is unlikely to spiral into a pandemic.

However, it will spread alarmingly in the country where there is a weak public health system and governance. Nepal needs to learn from this. Although Nepal’s public health system is capable to deal with the outbreak, it needs additional funding to maintain its efficiency.

Responding to the outbreak shouldn’t just be about stopping its spread, but also about heeding the warning sign. Recent reports on the outbreak quote the WHO as saying that cases of Ebola are growing in West Africa, and are vastly underestimated.  The thought that people with undetected Ebola are out there going about their daily lives may stoke fears of the disease spreading around the world as a pandemic.

However, the good news is that this Ebola outbreak is unlikely to become a pandemic. Developed countries are just too well equipped and prepared to allow that to happen. And unlike diseases such as SARS (severe acute respiratory syndrome) and avian flu, which spread through the air, Ebola needs close contact to pass from one person to another. So it can be contained where there’s enough capacity to identify, isolate and treat patients.

"Yet it’s probably hard to escape fear if you’re at risk of catching Ebola. After all, the zoonotic origin (the virus first spread from an infected animal) and mode of transmission are reminiscent of HIV. The chances of dying after catching it are very high and — barring some experimental treatments — there is no cure,” said public health official.

While Ebola needs contact to pass on, another issue is the high case-fatality rate. This means that the virus has a short lifespan and so less chance of mutating into a form that keeps patients alive longer (which would give it more time and opportunity to spread further).

Although Nepal does not have any reported case of Ebola till writing this story, one cannot rule out the possibility of the disease entering Nepal.  Thus, the government needs to provide additional funding for the Ebola check points and needs additional support to put the people coming from Africa in quarantine.

Chinese-made Coronavirus Vaccine Could Be Ready By End Of the Year By NEW SPOTLIGHT ONLINE 18 hours, 18 minutes ago

Province 5 Has Highest Number Of People In Quarantine With 33451 By NEW SPOTLIGHT ONLINE 1 day, 7 hours ago 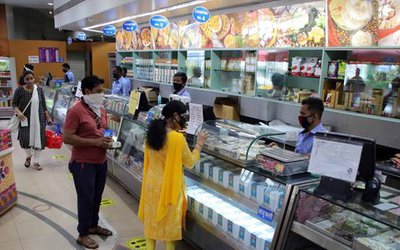