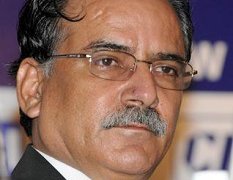 The uncertainty over the promulgation of a new constitution within the next January-deadline has increased by the day. The failure of the all important constitution dialogue and consensus committee to present its report to the constituent assembly in the repeatedly extended deadline has fuelled speculation that Nepal may not get the long-promised statute anytime soon.

At a time when the major parties were expected to bridge their differences and arrive at a compromise framework of the constitution they have drifted apart. While the ruling parties, the Nepali Congress and the United Marxist-Leninist (UML), have formally proposed a seven-province federal structure and a mixed elections --  direct elections for the lower house and proportionate for the upper house -- in the new constitution, the main opposition Maoist and an alliance of 22 fringe parties have refused to discuss it. The latter termed it anti-federal and anti-people.

The ruling parties which command a comfortable two-thirds majority in the house want it to be decided by votes. The opposition alliance sure of a loss in the event of a vote has flatly rejected to go to the vote. This has resulted in a stalemate which, according to reports, threatens to assume a very serious proportion. Both sides have begun to talk tough.

The UML president K.P.Oli has warned against disrespecting the majority. The Nepali Congress vice-president Ram Chandra Poudel has accused the Maoists of conspiring to derail the constitution. The Maoist chief Pushpa Kamal Dahal, backed by the Madhesh-based parties, has challenged the government's legitimacy which he said has ceased to exist after what he called the ruling parties' "regressive" proposals on the new constitution.

The two sides have come face to face in words of war when they should have been shaking hands of peace ahead of the fast approaching constitution-deadline. The chairman of the constitution dialogue and consensus committee and senior Maoist leader Baburam Bhattarai in a facebook status has expressed frustration over the stalemate after he has been caught in between the contradicting positions of own party and the ruling parties. He says, he has not lost hope yet.

But Bhattarai has not been able to hide his hopelessness when he compared himself with Mahabharat character, Bhishm, who failed to build bridges between the warring Pandav and Kaurab brothers. In the end, the Mahabharat war broke out.

As parties engage in flexing their political muscles instead of working shoulder to shoulder, another Mahabharat war in Nepali politics is looming large, say analysts. They say that even a last-minute compromise is looking quite improbable given the divergent stances taken by the major parties.  And since there is no consensus on settling the disputed issues through votes, the majority bulldozing through its agenda is also fraught with the danger of inviting a fresh round of conflict in the national politics. What turn such conflicts will take is as uncertain as the future of the constitution-making process.