Minister for Finance Dr Ram Sharan Mahat has said that the investment-friendly environment has seen in the country as foreign investment equals to 11 billion US dollar has been invested for the construction of the Upper Karnali, the Arun III, cement 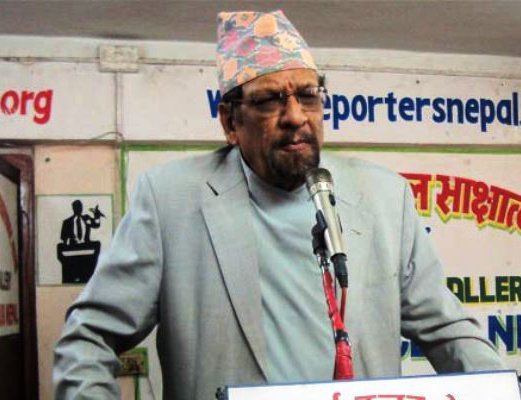 Minister for Finance Dr Ram Sharan Mahat has said that the investment-friendly environment has seen in the country as foreign investment equals to 11 billion US dollar has been invested for the construction of the Upper Karnali, the Arun III, cement factory and five star hotels.

Stating that revenue collection was increased by seven per cent in the first four months of the current fiscal year than the target set by the government, the Finance Minister Mahat said a total of Rs 114 billion revenue was collected during the period.

Minister Mahat said that new projects like hotel, cement factory, airport and airlines have started attracting foreign investment as well as investor have shown their interests to invest on ´Metro´ and ´Mono Rail´.

He further said that the government has got foreign investment commitment of Rs 90.18 billion during the four month period.

Finance Minister Mahat said, "The grant loan of Rs 100 million recently signed with India has not been incorporated in it," reports RSS, National News Agency.

At a time when there are reports over deteriorating economic performance, the Ministry of Finance has clarified that the overall financial situation of the country is improving and the environment for investment is also satisfactory.

The total expenditure until 20 November of the current fiscal year is Rs 98.82 billion, including Rs 83.57 billion towards current expenditure and Rs 6.59 billion in capital expenditure. Similarly, Rs 8.64 million has been expended in financial arrangement, the Ministry of Finance stated in a press meet it organized here on Sunday.

Compared to the previous fiscal year, the overall inflation has increased by one per cent and the year-on-year point-wise consumer inflation till October 17 was 7.5 per cent. The inflation in the corresponding period in the last fiscal year was 8.4 per cent.

The Ministry has stated that the overall national economy is gearing up and the increasing of capital expenditure is a challenge.

A target of raising Rs 52.75 billion internal loans was set in the previous year but the internal loan has not been mobilized as of mid-November, he added.

The Lockdown Had Converted Into The Breakdown: Shekhar Golchha By NEW SPOTLIGHT ONLINE 2 days, 1 hour ago