Even as Nepal is calling for foreign direct investment in the infrastructure projects, the government has been unable to clear the obstruction created by a group of political activists in the Bhote Kosi project 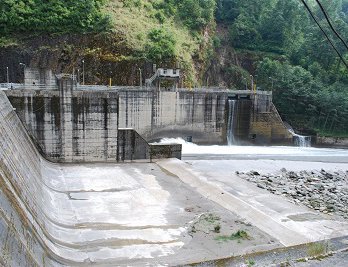 At a time when Nepal is importing over 70 MW additional powers from India and requesting for more, the government’s inability to maintain the law and order has obstructed power generation of over 60 MW power from the Bhote Kosi Power Company Private Limited (BKPC).

With support from political leaders, the locals have obstructed the project work, demanding that they be given 35 percent of shares in the Upper Bhote Koshi Hydroelectric Project (45 MW), which started power generation more than a decade ago.

“This is shame for a nation where cadets of leaders of political parties openly back a demand to snatch individual property. Who will come to invest in the country in a situation where property of individuals is unsafe,” argued an industrialist.

“If somebody demands 30 of 100 shares in a private property today, what will happen to the other projects which are under construction? At a time when two Indian investors from India are investing huge money in hydropower projects, the current trend will definitely discourage investors like them.”

Following over three months of disruption, the company decided to seek the Prime Minister´s support to resolve the issue after the local political parties, which are supposed to meditate the disputes, started to lead the protest indirectly. The plant has shut down since 75 days.

"We are requesting PM Koirala to intervene in the issue as our efforts to find solutions at the local level failed to reach any conclusion," Narendra Prajapati, CEO of the BKPC, said. "There is no government presence at all and some individuals affiliated with various political parties are disrupting the construction of transmission line." "We want to see rule of law."

With backing from political leaders, some locals have formed a struggle committee and put forth a charter of demands, including allocation of 35 percent of shares. They have been obstructing works to erect pylons for the past two months.

"I am not in a position to solve this problem.  I am helpless. Let met highest authority of the country to sort out the issue," secretary Kshetri reportedly told visiting delegation.

The company has not been able to start power generation after four of its pylons were swept away by floods and landslides on August 2. Though officials of the company have sat in a series of meetings with the locals, they have not been able to forge consensus yet. Company officials have been maintaining that existing laws do not allow a private company to issue shares to locals.

However, Dipendra Shrestha, coordinator of the struggle committee, said they won´t budge. "Allocation of 35 percent of shares to the locals is our bottom line. We won´t compromise on that," he added.

Local leaders of political parties, however, are divided on the demands. While CPN-UML, UCPN (Maoist), Rastriya Prajatantra Party and CPN-Maoist are backing the Shrestha-led committee, ruling Nepali Congress has demanded allocation of 10 percent shares.

Prajapati said the company won´t have any objection if the government introduces a policy, allowing private companies to issue shares to locals. "This is like somebody seeking ownership of a private home. This is what the company has been telling lawmakers who are supporting the locals," he added. According to Prajapati, the company would have already started power generation had it been allowed to install pylons as per the schedule.

If the situation remains unresolved, it will definitely discourage other private parties to invest in Nepal. Along with the power from Bhote Kosi Company, Nepal is also losing revenues as well as spending its hard currency to import power from India.