To celebrate the upcoming 81st birthday of the Emperor of Japan Akihito, the Japanese ambassador to Nepal Masahi Ogawa hosted a reception at his residence. The chief guest of the reception was vice president Parmananda Jha. 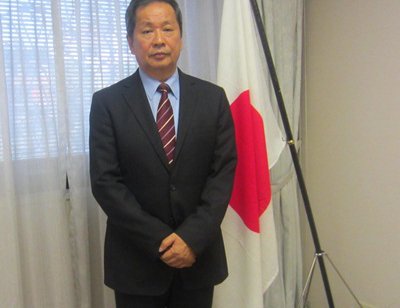 Addressing the program, Japanese ambassador to Nepal Masahi Ogawa said that numbers of exchange of visit from both the countries took place this year including the visit of Nepal’s foreign minister Mahendra Pandey.

During the program, a group of senior citizens from Japan also played traditional Japanese musical instrument.