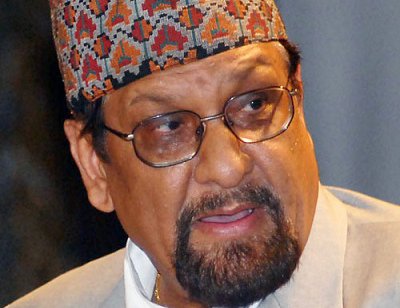 After almost seven months on hold by Commission for Investigation of Abuse of Authority (CIAA) for investigation, the 140-MW Tanahu Hydropower Project came in for another jolt after Energy Minister Radha Gyawali signed its death warrant.

Whether it is intentional or just a coincidence, the recent decision of Energy Minister Gyawali to cancel the process of selection of consultants for the Tanahu Hydropower by Asian Development Bank will have adverse impacts in the investment in the power sector by multi-lateral agencies.

The project has already been delayed for almost a year, with over a billion rupees in its cost escalation. Even if ADB accepts the Ministry’s decision, it will take another year to select the consultants. This means further delay of another year and further escalation of the cost.

With the decision of CPN-UML in 1995 on Arun III project, the World Bank pulled out from the entire energy sector of Nepal, pushing the country into a prolonged power crisis, which Nepal has had to face until now and for a long time to come.

Similarly, Minister Gyawali’s decision is likely to push Nepal into further darkness. Now the ADB’s decision will determine the future of the project.

With the year of intense study with international bidding expertise, ADB’s selection criteria was much more accurate than the flawless. When agents of parties fail to secure the bid in fair competition, they use Nepalese method of filing complaints at the CIAA.

As usual, the CIAA took the issue and sought the selection file and returned it after holding it for almost six months while giving a green signal, sending it back to Tanahu Hydropower Company. Interestingly, Minister for Energy Gyawali, who has reportedly shown some sympathy to the second Bidder Kasai Company Limited of Japan canceled the whole process.

Gyawali’s decision to revoke the process of appointing the consultant for the 140 MW Upper Seti Reservoir Hydropower project has put the project in limbo.

The Asian Development Bank selected earlier a joint venture of Lehmeyer of Germany and Manitoba Canada. Tanahu Hydropower Company has even written a letter of intent to the consultants. However, the Ministry of Energy pressed to recommend Kasai Electric Company Limited of Japan.

The recent differences between ADB and Ministry of Energy has put the future of Tanahu Hydro project at stake. There is a possibility of abrogation of the project if the government fails to settle the issue. During the UML’s tenure in 1995, Arun III hydropower was abrogated. If things do not change, this is going to be the second big hydropower project abrogated during the tenure of CPN-UML.

Along with ADB, Japan International  Cooperation Agency (JICA) and European Investment Bank have already signed an agreement for the project. With the total cost of 45 billion rupees, 140 MW Tanahu reservoir project is the second storage project in Nepal, which aims to supply power at the peak time. The project is scheduled to complete by 2020.  The ADB has lent 27 million dollars. Due to the delay, the project cost has already gone up. Asian Development Bank had selected the consultant following an intensive evaluation process.

“This is a major setback. This will affect the other projects Asian Development Bank  is going to support in Nepal,” Finance Minister Dr. Ram Sharan Mahat told  the Annapurna Post.

At a time when private investors are pulling out from investing in hydropower due to growing anarchy at the local level, the government decision is likely to discourage the multi-lateral agencies.

As Nepal’s private sector entrepreneurs and foreign investors, who come to invest in the power projects meant for internal consumption, are facing  hurdles from the government as well as the local anarchists, the big hydropower projects, with foreign investment, signed for the purpose of export, are  enjoying the bliss. Furthermore, the disruption created at Bhote Kosi power project has sent a negative message.

Whether Gyawali’s decision is taken in favor of one company or against the other, this will hurt the broader interest of  Nepal and will force even the multi-lateral agencies like Asian Development Bank  to reconsider their future support.  At a time when Nepal needs more investment in the power sector to meet the internal demands, Gyawali’s decision to undermine broader interest will, at the least, hurt Nepal’s energy sector.

TRISHULI RIVER BASIN Call For Protection By A Correspondent 5 days, 5 hours ago