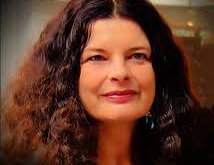 “I am, now have been since February, Resident Minister at this Court, the only Independent, one now left in India. Sufficient honor for thirty three! But my situation is by no means as agreeable as it might be for if these barbarians done but know their own good," wrote Brian Houghton Hodgson in his collections, Life of Brian Houghton Hogdson, British Resident at the Court of Nepal.

He further wrote these people believed more on rumor and hey and say than facts. The rumors spread faster and people reacted on that basis.

Although Hudgson wrote this about the situation of Nepal in February 1833, in a letter to his sister from Kathmandu Court, about two centuries later the situation has not changed when it comes to the rumor-driven behavior of Nepalese.

Nepal-based western diplomats may make the same observation about the current Nepalese situation as made by Hugdson in 1833. It is another matter, of course, that there is an elected parliament, independent media and wider communication network now.

Recently, a rumor spread in the press, quoting some unidentified sources, that some western ambassadors met Dr. C.K. Raut, who is leading a secessionist movement in Nepal’s terai plains.

The ambassadors of European Union countries and Norway in Kathmandu have refuted the media report that said the EU envoys were cautioned by Nepal for recently meeting secessionist leader C.K. Raut.

The European Union Delegation to Nepal jointly issued a rejoinder, saying the ambassadors had met Minister for Foreign Affair with an aim to correct the misinterpretation of a recent meeting with Dr. Raut.

There is another rumor that Foreign Minister Mahendra Bahadur Pandey even summoned the western diplomats and warned against their anti diplomatic behavior, meeting a person making secessionist demands.

However, the reality was different. The truth is that Minister Pandey met EU ambassadors upon their request. “Upon the request of European Ambassadors, Foreign Minister Mahendra Bahadur Pandey met Kathmnadu based European envoys,” said Tara Prasad Pokharel, spokesperson of Ministry of Foreign Affairs. During the meeting, all the Kathmandu based European ambassadors except ambassador of Federal Republic of Germany were present.

“EU Ambassadors and Norway wish to clarify the circumstances of the meeting between Foreign Minister Mahendra Pandey and Heads of Mission.

“The meeting took place at the EU's request.  Its aim was to correct the misinterpretation of a recent meeting with Dr. Raut. Strongly refuting allegations that this meeting was part of a plan to destabilize Nepal, Ambassadors stressed their role as longstanding friends and partners in the development of the country as a whole,” said the EU rejoinder regarding press reports on a meeting with Dr. CK Raut.

“They detailed the context of their discussion with Dr. Raut, who had approached them with a petition explaining a number of human rights concerns regarding his arrests. The European Union and Norway are committed to the rule of law and the full respect of the rights to freedom of expression and assembly of all citizens irrespective of their ideology and it is in this context that the discussion with Dr. Raut took place, as explained in full transparency to the Nepalese authorities. In no way should it be interpreted as an endorsement of, or agreement with Dr. Raut's political agenda or actions," said the press rejoinder issued by European Union.

“In the meeting with the Minister, both the Government of Nepal and European Ambassadors agreed that no diplomatic code of conduct had been breached and reiterated their strong commitment to democracy, human rights and to the consolidation of the peace process in Nepal, which the above-mentioned countries have been supporting as the largest development partners,” said press release issued by European Union.

“At no point in time has there been any official or non-official communication about 'diplomatic action' against the envoys,” said the release.

Although many Nepalese dislike Hudgson's observation of Nepalese society, his description looks very much valid till today. Generation after generation, Nepalese have largely failed to distinguish their friends and foes. European and Western nations have been providing support to make a better Nepal and united Nepal. However, they are often in controversy even while having done nothing against Nepal’s core national interests.

Over 10 Reportedly Killed In Myanmar Protests By NEW SPOTLIGHT ONLINE 2 days, 1 hour ago

Elections Is Just A Month Away: Alliance Is Making Is Making By Agencies 4 days, 23 hours ago

US Carries out Airstrikes In Syria By Agencies 5 days ago