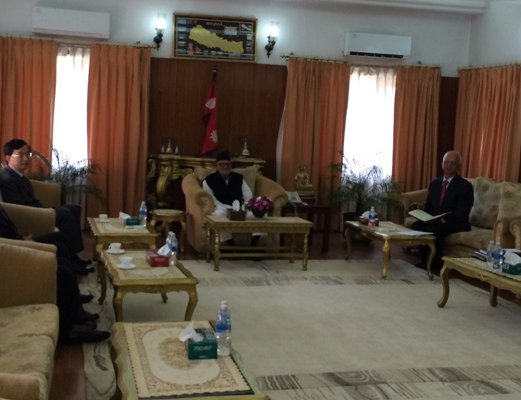 According to a press release issued by Prime Minister Koirala’s press coordinator Prakash Adhikary, President Dr. Yadav is going to take part in Boao Forum for Asia 2015. He is visiting People’s Republic of China from March 26 to April 1.

Hong Lei, spokesperson of the Ministry of Foreign Affairs of the People’s Republic of China said at a regular press conference that upon invitation, Chinese President Xi Jinping will attend the opening ceremony of the Boao Forum for Asia Annual Conference 2015 and deliver a keynote speech.

The Boao Forum for Asia Annual Conference 2015 will be held in Boao, Hainan Province from March 26 to 29 under the theme of Asia's New Future: Towards a Community of Common Destiny. Over 70 official events in macro-economy, regional collaboration, industrial transformation, technical innovation, political security, people's livelihood and other fields are on the agenda. As the host country, the Chinese side hopes that the annual conference will build up solidarity and cooperation among Asian countries and promote economic integration in the region. We also hope that the conference will steam up the building of the Silk Road Economic Belt and the 21st Century Maritime Silk Road and increase communication and cooperation between Asia and the rest of the world.