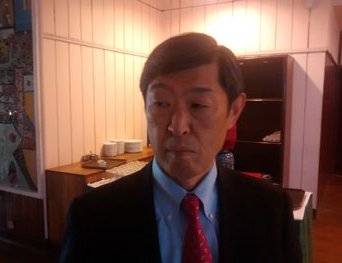 History always matters, particularly in geopolitical conditions and regarding the perception of the people. However, there aremany differences from the era of cold war and now. Nation states are more interdependent.  The end of cold war in 1989 ushered in democratization and globalization. The September 11, 2001 changed the perspective with Afghan War and Iraq War. The Lehman shock of September 2008 is another major event in the global context.

In Europe, the state of relations between west and Russia is not going well. Russia opposed Missile Defense System which NATO’s European Allies.Russia is concerned with the NATO enlargement towards east. In April 2007, NATO’s European allies called for a NATO missile defense systemand Russia opposed to MD in Poland. It was suspended in August 2008.

With the end of cold war, many hold the view that the era of geo-politics is over and new era of democratization and human rights has emerged. However, the recent global political trends have shown the return of geo-politics. Geo-politics is very real and decisive now.  Democracy and human rights are important but geo-politics is influencing the world order.  Geo-politics strikes back with might is right. The recent incident inUkraine has shown that Russia and western powers are more concerned on history and geography in their dimension.  Ukraine is very important for Russia’s security. Although New Zeeland and Japan are allies of US, both the countries are very different in geography. For instance, Japan is surrounded by big Atomic power country. Of course, Japan does not have nuclear arsenal, but it is big atomic power.

North Korea developed nuclear power and they have arsenal. In the past only rich country can go nuclear. Now even a small group of people can produce nuclear weapon. Following the anti-Japanese demonstration in China in 2012, Japanese interest to China dropped sharply. However, number of Chinese tourists visiting Japan has gone up drastically. Interest of Chinese has gone up as Chinese are very important customer of Japanese products. Economy is not a zero sum game.

The first meeting and face to face discussions between Japanese Prime Minister Shinzō Abe and Chinese President Xi Jinping  in November 2014 was very important to improve the bilateral relationship between the two countries. The meeting also helped to establish the bilateral mechanisms.

Japan needs to be strong for the regional stability. Japanese economy is doing better now. After the re-election of current Prime Minister Abe, many important steps have already been taken to reform Japanese economy. Japan needs to strengthen its economy. Only a financially strong Japan can increase its clout. In the long term interest of region, Japan needs to modernize its armed forces reducing the ground force and increasing maritime forces. Japan has individual rights for self defense. In the present circumstances, Japan cannot help any of its neighbors, even North Korea fight. Japan has individual rights for self defense.

If Japan’s parliament passes bill, it will give a different role. As a peace loving country, Japan does not wanta third nuclear blast. Japan’s present policy is no provocation and no composes. Japan has been going through a huge budget deficit. We don’t want war with any of our neighbors. Japan is a modest country and there is no room for being hawkish. Japan believes in soft power and has been following the soft power. We are more concerned with human rights and democracy. Japan wants to have good relations with law abiding democratic countries.  Japanese Prime Minister Abe has already met 100 leaders visiting 50 countries.  Japan supports modesty. Nationalistic attitude is necessary. Since 1990, Japan has had several prime ministers but Abe has shown a different way to push the economy back in the track.

Rule of law is the key of Japanese prime minister’s diplomatic strategy. Deepening the relations between Japan and the US, South East Asian Countries, India and Australia are very important.Japan will never return to militarism but it wants minimum level of role in the defense sector for its right to self defense. After Abe became prime minister, Japan framed a new security policy. The formation of National Security Council which started to work on January 7,2014 and adaptation of National Security Strategy in December 17,2013 was key. Similarly, National Defense Planning Guidelines of 2013with key concept of joint and dynamic defense forces is another milestone. Japan also has framed a new policy for the arms export. Three earlier principles on the arms export were relaxed.

Giving assistance is very difficult and ODA does not necessarily mean prosperity. However, private investment can bring a lot a of change. Japan will continue to work in South Asia, including Nepal,and Japan’s focus is now on economy.With such diversity in geography and population, Nepal has a huge potential for development. Its geo-strategic location is also very much a matter now.  It is very important to say that Japanese Alumnae Association is very deep in Nepal. 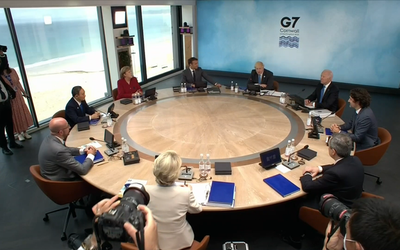 G7 Leaders Eye Improved Steps To Handle Pandemics And To Donate 1 Billion Doses Of Vaccine By Agencies 1 day, 6 hours ago

US To Provide 500 Million COVID-19 Vaccine Doses To Other Nations By Agencies 3 days, 6 hours ago 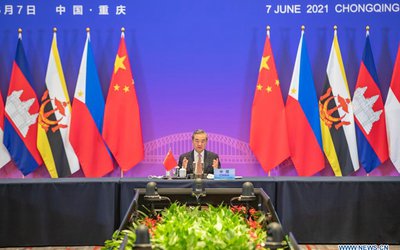 China ready To Cooperate With ASEAN On Myanmar Issues: Wang Yi By Agencies 4 days, 6 hours ago 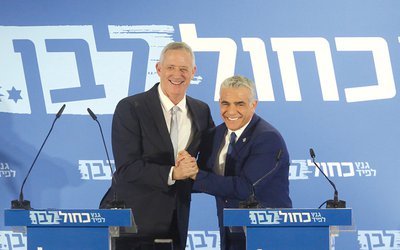 Israel's Parliament To Vote On Approving New Government By Agencies 5 days, 4 hours ago 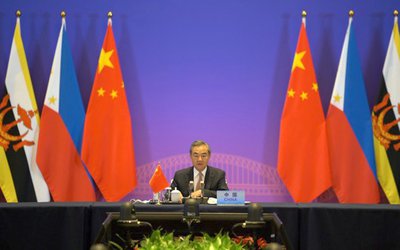