The European Parliament Delegation for relations with the countries of South Asia encourages the leadership of Nepal to agree on a democratic and inclusive constitution. 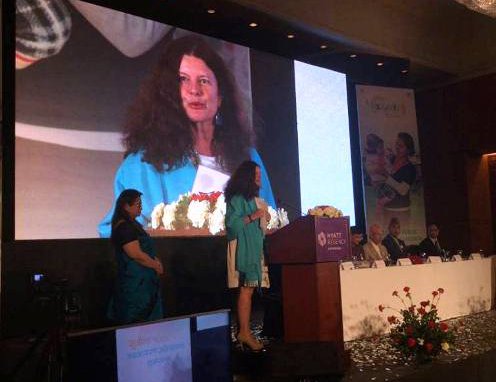 The European Parliament Delegation for relations with the countries of South Asia encourages the leadership of Nepal to agree on a democratic and inclusive constitution.

So far as a local election is concerned and what types of federalism they want, it is the leaders and people of Nepal to decide. We are not here to suggest anything,” said header of parliamentary delegation Lambert. What we would like to see constitution done.  We love to see that happen.

Replying a query on what would be the policy of European Union after Nepal qualification from LDC to developing countries, Rensje Teerink's (Nepal) Ambassador and Head of Delegation at EU Delegation to Nepal said it will not make any major difference to current bilateral portfolio till 2020. As Nepal has made commitment to qualify from LDC to developing countries by 2022, it will be decided later. So far EU’s aid to middle income countries is concerned, Nepal will continue to receive support.”

“Climate change is major concerned for EU and Europe encourages South Asian countries to come up with a common agenda in coming COP in France,”  said chairperson of parliamentary delegation Lambert.

According to a press release issued by delegation of the European Union to Nepal  During their visit to Kathmandu (8 to 11 April), the Members of the European Parliament (EP) Delegation encouraged the political leaders of Nepal to work constructively for the adoption of a democratic and inclusive constitution.

The four-member delegation, composed of Jean Lambert (UK), Chairperson, Cristian Dan Preda (Romania), Afzal Khan (UK) and Thomas Mann (Germany) held meetings with Nepal's top leadership, including the President, the Prime Minister, the Foreign Minister and the Speaker of the House, the Election Commission, the leaders of political parties, as well as members of civil society and the international community.

Following these discussions, Lambert said, "It is our clear view that it is important for this Constituent Assembly to complete its tasks and adopt a constitution that meets the aspirations of the Nepalese people. This will lead to a successful conclusion of the peace process and pave the way for economic and social development."

The Members of the European Parliament welcomed the resumption of talks and the assurances by the main political actors that they were ready to work actively to put an end to the current stalemate and to further Nepal's national interest, progress and prosperity.

The Members of the European Parliament also stressed the longstanding commitment of the European Union to support Nepal's ongoing efforts towards peace and prosperity. This is reflected not only in the tripling of EU development assistance but also in the close ties maintained by the European Union and the people of Nepal in many different fields.

SC Issued An Interim Order Against Citizenship Ordinance By Agencies 2 days, 6 hours ago

SC To Start Regular Hearing On Dissolution Of House Of Representatives From June 23 By Agencies 3 days, 22 hours ago