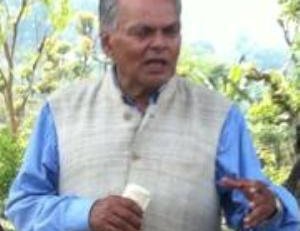 How do you look up to an International Conference of donors?

It is a good decision to hold an international conference of Nepal’s development partners. However, it does not make a sense to hold such an international donor conference in capital Kathmandu as it is badly devastated by the earthquakes. Almost all five star hotels are damaged as the aftershocks continue to rock the city.

Which venue do you think will be appropriate now?

Nepal will need to change the venue, may be outside Nepal, to some other country. As it is reported that Prime Minister Sushil Koirala is visiting India next month and Indian Prime Minister Narendra Modi is taking his personal initiative to help Nepal, it will be most appropriate for Prime Minister Koirala to request India to host such an international conference in New Delhi. If it is held in India, it is possible to see a high level of participation, including of the prime minsters, foreign ministers and other high level delegation, with authority to announce bigger packages. In case it is held in Nepal as proposed, participation of much lower rank officials will not help because they will not be in a decisive position. Nepal will lose a good opportunity to get the support fast.

Some consider holding this conference in India will be anti-national. How do you look at this?

Nationalism is to protect national interests. In this hour of crisis, Nepal’s interests lie in being able to protect itself from further risks of calamities. India is our neighbor and is expressing its willingness to share Nepal’s burden at the moment, what is the harm to host such a conference there? So far as some leftist chauvinists are concerned, I have not seen they have been supporting any positive move as yet. As relations between India and China are warming, both the neighbors will feel it good to be part of helping Nepal. After this Nepal can request China, Japan, US, UK or Germany for a much bigger conference later.

Other reasons it will not be anti-national?

It is a worldwide practice to hold such a conference outside the country when the situation in the host country is not favorable. International conferences on Afghanistan were held in Germany and Italy. Similarly, the Philippines requested Japan to host such a conference.

How do you assess the handling of post-earthquake relief?

The current disaster has revealed that Nepal does have a lot of proper disaster plan to cope with such a big-scale disaster like earthquake. But we need to improve our preparedness for the coming days. During the tenure as a home minister, I had tried my best to strengthen National Disaster Relief Committee and disaster relief division of Ministry of Home Affairs. Honestly speaking, we have not given proper priority to them since.

How do you see the state of Tanahu District after earthquake?

As an epicenter of Earthquake, Gorkha has been badly damaged and it is completely ruined. There is no human casualty in Tanahu but the quake destroyed a large number of houses. Over 70 percent houses are partially or wholly damaged. The earthquake has made a significant damage in the district -- over 20,000 houses have been damaged. However, the district is not in the list of earthquake devastated category. Thus, those affected people will not get much benefit out of this.

Who do you blame for this?

What is required to handle this kind of disaster?

Without complete coordination, we cannot handlethis kind of a big disaster. I have not seen the necessary type of coordination among various government agencies. For instance, there is some gap between Ministry of Home Affairs and security agencies. There is a gap of coordination between international disaster relief teams and government agencies. I have distributed relief materials -rice, lentil, salt and edible oil - to Bhujel and Darbang VDC of Gorkha district, an amount of Rs.75, 000.00 myself. In Tanahu district, I distributed tents, triplets, and foods by mobilizing various organizations.

Given the present circumstances, we need more international support in the course of reconstruction and rehabilitation. Even Nepal needs technical experts to clear the debris of the concrete buildings.

How do you see the coming phase?

Reconstruction and rehabilitationarecompletely different from rescue and relief. It requires a long term vision to make planned cities. Reconstruction should not be limited to building the houses destroyed in Rasuwa, Gorkha, Sindhupalchwok, Ramechhap and Dolakha. The government must acquire land in possible areas to resettle these people. You need to have complete resettlement packages. There is the need to reconstruct 15 modern and planned cities. There is the need to provide each of thosewho lost their home in earthquake a house. The government has to provide soft loan and support income generating activities. The nation should spend all the budget to resettle the people who have lost their property.

Despite such losses, your district has not recognized as earthquake devastated district. Whom do you blame for this?

It is the failure of elected representatives. Had they visited their constituencies after the earthquake, they would have known the state of the districts. It is unfortunate to say that none of CA members visited it right after the earthquake. Although there are a large number of people in desperate needs, our district was not includedin the priority list for relief and recovery. As Tanahu district is not listed as affected district, it will not receive any government’s benefits in the future. This will also affect the reconstruction and rehabilitation phase. The poor will suffer a lot.

As a former home minister having the experience of handling the 1995’s flood, how do you see the response of the government at present?

The floods of 1995 also badly affected Nepal’s infrastructure and washed out many fertile land with casualty of over 2,000 in three districts in the Terai. The capital Kathmandu was cut off with the rest of the country due to the damage to bridges. The handling of disaster was very much coordinated compared to now. There are so much lapses in coordination at present. Various organizations have been running the relief and rescue operations on their own.

How do you see the handling of the international community?

The government was unable to use international generosity, including Indian Prime Minister Narendra Modi’s offer to provide much needed help to Nepal. In spite of receiving the support from international friends, the government actions irritated them. It is very unfortunate. Had we properly reciprocated to Indian prime minister Modi, Nepal would have received a huge support. In the name of so-called Nepali nationalism, some communists, including Maoists and CPN-UML leaders, chanted slogans against a friendly country like India.

How do you see the handling of other countries?

From my reading of the newspaper reports, what I can say is that this government irritated many other countries, including United Kingdom, by rejecting their offers. Nepal will pay for this in the long run.

US Democracy Is In Danger: Philosopher Susan Neiman By Agencies 2 months, 1 week ago

The Fourteenth General Convention: An Aspiration Of NC’s Reawakening By Arjun Narasingha KC 4 months ago

Nepal's Stand Is For Truth To Prevail, Come What May: DPM Pokhrel By NEW SPOTLIGHT ONLINE 7 months, 3 weeks ago

Nepal Is Ready To Face With India, Ultimately Truth Shall Prevail: DPM Pokharel By NEW SPOTLIGHT ONLINE 8 months, 1 week ago

How Can An Employer Pay Full Salary To Employees Without Income? Senior Advocate Dr. Gandhi Pandit By NEW SPOTLIGHT ONLINE 8 months, 2 weeks ago