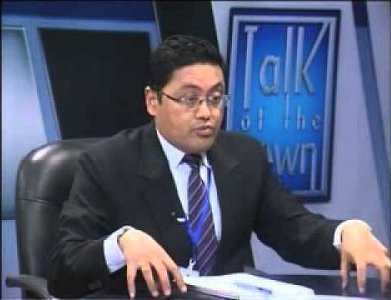 As NSET has been promoting retrofitting of houses for a long time, how do you see the present state of buildings?

What have you done in the sector?

We also provided the training for search and rescue through Program Enchanced for Emergency Response (PEER). NSET alone provided training for 200,000 people in the last twenty years through various orientation programs. We also conducted training for Nepal Police and Armed Police. We worked with almost 1000 houses to make them earthquake resilient. We provided suggestions.

We have retrofitted schools. NSET alone retrofitted 50 schools on its own. Nepal Government Department of Education took the ownership now. Under the guidance of the department, almost 200 school buildings were retrofitted in Kathmandu and other parts of Nepal.

The retrofitted schools save the lives of students. Had the first earthquake rocked the country on a weekday, the casualty would go much higher. However, the school buildings which were retrofitted under us were safe even as 14,000 school rooms were damage. In short, the investment made in risk reduction helps.

As the shock of the present earthquake was smaller than the 1934's quake, many houses survived. This means retrofitting works and performs well.

How safe were the houses of Kathmandu?

Before earthquake what we were saying was that over 80 percent of the houses would be destroyed in case of an earthquake of a magnetite similar to that of 1934. They were built not looking at the stark possibility of earthquake. The good thing is that there was no shock as big as that of 1934. The houses can be made safer with retrofitting.

How do you suggest retrofitting?

Many foreign experts are coming with the suggestion for retrofitting. How do you look at this?

We are unable to coordinate with other experts. We proposed to work in the building construction. We are making efforts to have common voices in relation to earthquake. There are confusions, though. This is natural. The important part is the experts should speak about useful things to Nepal, including the geotechnical aspects.

You have been frequently talking about the low awareness. What do you say now?

There is a wrong perception prevailing that what experts say proves wrong. People are arguing that their houses with 9" pillars withstood the quake. This kind of false sense of safety is prevailing all over Nepal. The shaking of the recent earthquake was much less that that of 1934. Therefore, there was less damage. In a quake of 1934 level, no building in Kathmandu would remain intact. You would need to clear the false assumption that your house is safe. For this, you need to change the building construction technology. We need to retrofit the house which have survived the quake.

Are all wall houses unsafe?

It is not that all wall houses are unsafe. For instance, Nyatpaul and other structures survived. Only those buildings collapsed which were too old.  Even the houses made with pillars were destroyed when they added additional floors. We need to blame system, not quality of materials.

How do you see the role of local bodies?

The local bodies have a very important role to play. As there are no elected representatives, we have not seen their role. Even in the reconstruction period, they have to play a much bigger role. After this, local bodies are responsible to implement the building codes. There is the need to empower the local bodies and there is the need to increase their capabilities. Our policy also has faults as there is no need of approval from VDCs for all structures. Our current view is that there have to be mandatory provisions in construction of buildings in cities and villages for ensuring the safety of people. The mapping cannot be just for revenue. We need to have capable manpower. There is the need to have engineers at VDCs to see the land. Nepal has high level of development; we need to have more technical manpower at Village Development Committee.  Our engineers are unemployed and many of them are go outside the country.

What do you say about the debris clearance?

There are three stages of debris clearance. The first about rural house made through local materials. Local volunteers are enough to remove them. Another is the house made by cement; there is the need of formal volunteers, including army and police. These are cleared through local technologies. For the taller buildings, we need technology and manpower from outside.

There is a myth that 'drop, cover and hold' is not useful and many children died because of this. What do you want to say?

First of all, no institution has ever said that one has to use 'drop, cover and hold' in every movement. No one says that people should go to homes for 'drop, cover and hold' from the open space. We have never told people that everyone should go home. One needs to grasp our message. In case somebody is in the ground floor in the rural areas, he or she needs to come out. In case one is in the second floor, one has to go for a safe place to save the head. Those in the house need to go out.  Many people survived following the safety precautions. This quake gave us a good opportunity to do more research on what way is safer. This is a time to do more research. We are now doing a research and survey soon about our system. It is too early to draw any conclusion on the basis of rumor.