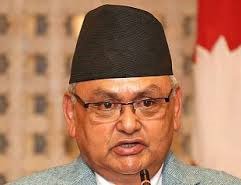 At a time when the new law has been passed stressing specialization in the civil service to handle foreign affairs, Legislature- Parliament’s International Relations and Labor Committee has issued controversial directives asking the foreign ministry to set a broader criteria for the appointment of ambassadors.

The directives of the committee came in the wake of the delay in the appointment of ambassadors in various Nepalese missions in different parts of the world. Although the parliamentary committee’s directives are not mandatory for the government, they have created a furor.

If one follows the global norms based strictly on professional values, the appointment of ambassador is no more than a normal function of any government.  Since Ministry of Foreign Affairs does have diplomatic cadres, they are given the chances to lead different missions. Only in special circumstances, political appointees are given the chances.

However, the situation is different in Nepal. Following the People’s Movement II, politicians have encroached into the special foreign relations sector demanding equal share with the career officials of Ministry of Foreign Affairs.

As there are 10 diplomatic vacancies in missions abroad, every aspirant close to political parties is eying an ambassadorial post as possible candidates. Although the position of ambassador is not easy to maintain, as he or she has to look at the interest of the country and people of Nepal, Nepalese political leadership has made it into something to reward the party workers with.

Compared to political nominees, ambassadors selected from career base have performed much better. However, political parties continue to favor political appointees to send them as ambassadors.

As per the present tacit understanding, the appointment of ambassadors is divided fifty-fifty between those in career and political appointees. The direction of Parliamentary Committee on International Relations and Labor, which is headed by UCPN-Maoist CA member Prabhu Sah, has created more controversies.

In the presence of foreign minister Mahendra Pandey, the Sah-led committee directed to form a committee for the appointment of ambassadors and opened the Pandora Box.

Unlike political appointees, career diplomats, who are performing extremely well in foreign missions, are denied their chances despite their good work.

As long as politicians do not understand the core issue of foreign relations, nothing will change and the appointment of ambassadors will continue remain as a reward.

Gautam Buddha Was Born In Lumbini,Nepal By NEW SPOTLIGHT ONLINE 21 hours, 27 minutes ago

Prachanda And His Group’s Activities Are Disgraceful: DPM Pokharel By NEW SPOTLIGHT ONLINE 1 day, 8 hours ago

Call For A Broader Collaboration To Stop Human Trafficking During COVID-19 Pandemic By NEW SPOTLIGHT ONLINE 2 days, 2 hours ago

FLOOD Crying Of Children By A Correspondent 2 days, 7 hours ago