Outgoing US ambassador to Nepal, PETER BODDE speaking to New Spotlight on the eve of his departure, said that he believed Nepal had a bright future ahead of it. Bodde said that Nepal's current political chaos was temporary and that the solution to th 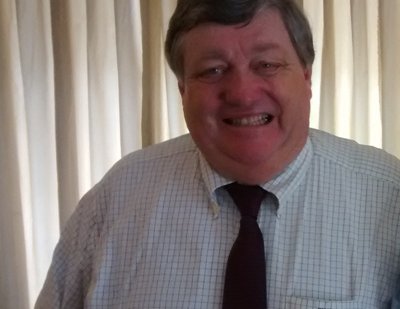 Outgoing US ambassador to Nepal, PETER BODDE e speaking to New Spotlight on the eve of his departure, said that he believed Nepal had a bright future ahead of it. Bodde said that Nepal's current political chaos was temporary and that the solution to the current problems lied with Nepal, and not anyone else.

During his eight years of his diplomatic career in Nepal between 1988 and 2015, Ambassador Bodde saw major political transitions in the country. With his long diplomatic innings and impressive personal relations here, Ambassador Bodde, he knows the ins and outs of Nepal.

Along with his diplomatic service, Ambassador Bodde has also made notable contributions to restore and revive Nepal’s cultural and heritage sites. Following the earthquakes of April and May, he has signed an agreement to restore some of the devastated heritage sites.

Before leaving Nepal at the completion of his ambassadorial assignment, US envoy Bodde spoke to KESHAB POUDEL AND ABIJIT SHARMA at his residence in Kamaladi. Excerpts:

You have worked in many nascent democracies before. How do you view Nepal’s transition in comparison to them?

I believe that Nepal has a very bright future ahead of it. The recent political chaos is just temporary and I am sure the situation will improve. Unlike other young democracies, Nepal’s transition has been very smooth. Also, I am optimistic about the future of Nepal because the country has a large number of young people who are coming back with the exposure from foreign countries. They are the hope of Nepal.

As I said, no other country in the world has seen such a peaceful transition than Nepal. Shifting from one system to another is always a painful process. However, the Nepalese have shown that they know how to manage it. Let me give you an example of this. When I arrived in 1995, the court had just declared the dissolution of the House of Representatives as unconstitutional and reinstated the House. The CPN-UML, which was in the government, accepted the court verdict and handed power to the parliament. The situation could have taken a different turn but it didn’t. Similarly, after a decade long violence, Nepalese parties signed on a peace deal which they are committed to abide by.  They held the elections successfully and now are in the process of promulgation of a new constitution. As in the past, Nepalese will show wisdom and resilience to settle their political disputes and restore peace again. If Nepal has been able to resolve all previous issues peacefully and through negotiations, they will do that this time as well.

How do you see the possibility of promulgation of the new constitution?

Despite India, China and international community’s reentrance to see a ‘stable, prosperous and peaceful’ Nepal, stability has always been elusive for Nepal.  Does that mean their approach to Nepal has failed?

I don’t think so. Rather, being a neighbor of India and China, provides Nepal with a lot of opportunities. Nepal can be stable only through the hands of Nepali people.

As you are leaving Nepal within a few days after completing your tenure, what suggestions do you have to make the Nepalese?

First of all, believe in yourself and believe in your strength. Nepal is in a crucial juncture right now and has a lot of possibility and opportunity to prosper and secure a better future. Once Nepal settles the constitutional debates, it will take off for development. As a friend of Nepal, we always stand to see an inclusive democratic, peaceful and prosperous Nepal.

You have served as the Ambassador of the United States in Nepal at a crucial juncture of its history. What future do you see for this country?

I see a very positive future ahead.  In order for that future to unfold, all parties involved in the constitutional drafting process must take steps to ensure that the constitution is inclusive, but also flexible enough to address future problems.  Most importantly, everyone has to put the nation’s interest ahead of their own -- whatever their party allegiance might be – and reject the use of violence.

The United States has been extending its support to critical development areas of Nepal for the last six decades. Where will you place your focus in the future?

We’ve been successful because we have long-term programs with outstanding implementing partners. We will continue to work in our traditional areas, such as education, health, and agriculture.  Also, post-earthquake, we are putting a particular emphasis on housing to assist the government of Nepal in its reconstruction efforts.

While the United States had been working to build the capacity of Nepal's disaster management bodies for many years, a series of devastating earthquakes hit the country in April and May this year. What is your impression of the rescue, relief and reconstruction activities carried out in Nepal following the quakes?

Overall, I think the immediate rescue and relief efforts were a great success.  Many lives were saved and the international community reacted promptly to assist the people of Nepal in their hour of need. Reconstruction is much harder, and I believe more should be done to expedite the process and to streamline any bureaucratic hurdles that may exist.

How severely are the earthquakes going to impact the economic development of the country, where poverty has been pervasive over the decades?

I believe we have already seen how they are impacting the economy in terms of decreased tourism, lack of agricultural output, shortage of workers because laborers went back to their villages to rebuild their homes.But I noticed an interesting press article recently in which the FNCCI said that bandhs are having more of a negative effect than the earthquake -- This is something Nepalis should take note of.

The United States is a key development partner of Nepal. How do you evaluate the overall development performance of our country?

I believe the overall performance is strong.  If you look at the Millennium Challenge Goals, Nepal’s progress has been steady and impressive.  We – and note I say we – as development partners can always do better. I think what’s critical is to take note of what we do well and what lessons we can take from that.

You have spent almost nine years in Nepal during your diplomatic career. What do you say of the political, social and economic transformations taking place here at the moment?

Change is always hard.  And democracy is never easy.I believe Nepal is on the right path and has done much to institutionalize democratic processes and to protect the basic freedoms of its citizens over the last several years.

Obviously, there is more to be done.  My concern is that as Nepal gets closer to finalizing its constitution, a concerted effort be made to be inclusive of all of those groups and members of society who have felt excluded in the past.

How do you think Nepal can benefit from the development gains of its big neighbors, India and China?

I think Nepal has already gained from the progress made in those two nations. As the Indian economy opens up, this creates opportunities for Nepal as well.  Given the demand for clean energy sources in India, hydropower is another clear area where Nepal should take steps to ensure trust exists between themselves and their neighbor to the south so that it can become a strong provider in these markets.

As a friend, what do you suggest Nepal should do to guarantee peace and prosperity for its people?

I believe Nepal is on the right track.  There are no guarantees for peace and prosperity, but a vibrant democracy and a growing economy remain the greatest and most logical path towards ensuring these conditions. Nepal is at a crossroads.  It has all of the necessary ingredients to be successful, but it must create the environment to allow prosperity to flourish. What is clear to me is that only Nepal can do it for itself.

What has been the most remarkable aspect of your stay in Nepal? What has touched you the most?

Prior to the earthquake, I would have said the elections of 2013. However; for all of us in Nepal during the earthquake, it will forever remain a life-changing experience.  For me personally, I was once again impressed by the resilience of the Nepalese people in responding to this terrible tragedy and by the genuine affection and generosity of Nepal’s many international friends.  This combination made all of the problems we faced solvable and left me with no doubt that Nepal will grow out of the earthquake experience as a stronger nation.