With no sign of political settlement any time soon, Nepal’s economy is heading for a negative growth 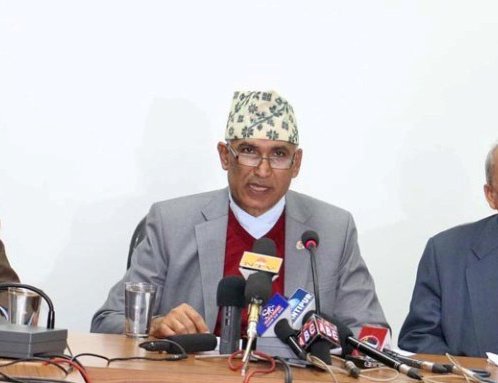 Almost three months of border closure and agitation in Nepal’s southern plains have hit Nepal’s economy badly, pushing the country on the path of a negative economic growth for the first time in the last one decade.

With the disruption in export and import and shutting down of industries, the country’s revenue has been badly affected and meeting the annual revenue target is virtually impossible now. Given this scenario, there will be a heavy shortfall of money in the government coffers next year.

As the shortage of petroleum products has already affected the construction work, the government's annual public expenditure is likely to fall in the coming quarter.

At a time when Nepal’s economic cycle is facing severe consequences of bandhs and blockades, the government has released a White Paper on Nepal’s economic situation with an estimation of only 2 percent growth rate for the coming fiscal year. Finance Minister Bishnu Paudel warned that it may go negative if the situation continues for another months.

The government White Paper reveals the current situation of Nepal’s economy due to the problems created after the agitation and strikes in the southern plains and India’s undeclared blockade over the months.

With the shrinking of economic activities and obstructions on the supply system, the economic growth rate is likely to go negative.

“Although the growth rate of the current fiscal year was expected to be 6 per cent in the background that the new Constitution had been promulgated with hopes the country would concentrate on economic and social developments, the heavy disruption in the supply system and subsequent severe effects on agro and non-agro products have brought the government estimates down to 2 per cent growth rate,” said Finance Minister Paudel.

As development activities were affected, only 4.1 percent of capital budget was spent in the first four months of the current fiscal year and the institutional environment for spending Rs 74 billion allocated for reconstruction was yet to be created.

Short supply of  fuel continues and the service sectors, the hotel/restaurant, tourism, construction, banking, and transportation, which contribute 50 per cent to the gross domestic product, have been badly hurt, directly impacting the economic growth rate.

The overall economic index has been affected by the disruption in supply system. Although the inflation in the first month of the current fiscal year was 6.9 per cent, it is likely to grow to 7.2 and 8.3 per cent respectively in the second and third months.

As the disruption continues, around 2,200 industries are shut with more than 200,000 employees working in those industries rendered jobless. According to the White Paper, the industries are facing problems in making payment to their workers and bank’s interest.

The amount of debt piling up due to stranded freight trucks and containers at Kolkata Port in India, Indian roads, Indian railways, and Raxaul, among other dry ports, is estimated to have surged to a whopping Rs 5 billion.

Tourism industry has faced severe consequences. The number of tourists arrival from air route, which stood at 652,655 from January to October in 2014, has slumped drastically to 300,325 in the same period this year.

Until the beginning of November this year, the loan growth in banking and financial sectors climbed by 2.1 per cent compared to until mid July while deposit mobilization has increased by 2.5 per cent. Last year, the growth rates were 5.1 per cent and 2.7 per cent respectively.

As no political breakthrough is likely any time soon, Nepal’s economy will face more difficult times ahead. It may be much worse than projected in the White Paper.

NEPAL’S ECONOMY Growth At 2.7% By A Correspondent 10 hours, 1 minute ago

FNCCI Populist Agenda By A Correspondent 10 hours, 22 minutes ago