. Regarding education, schooling rate remains around 60%, and interruptions of classes are too frequent. As a result, the literacy rate is very low: around 70% of men and 45% of women can read and write. In terms of law, the only primary school is co 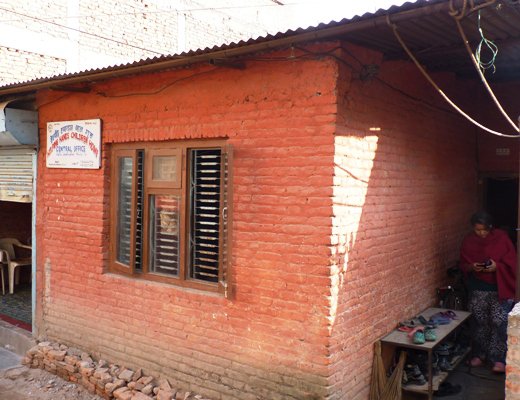 Nepal is a young country: 12.7 million children are currently under 18, thus the stakes concerning the youth are determining. For the last decades, many of these children have faced difficulties because of a range of factors, from political agitations to high poverty and spread of AIDS.

The death rate under the age of five is considerable, due mostly to diarrheal diseases and the lack of access to health services, especially in far-off rural or mountainous places. Regarding education, schooling rate remains around 60%, and interruptions of classes are too frequent. As a result, the literacy rate is very low: around 70% of men and 45% of women can read and write. In terms of law, the only primary school is compulsory for children between 6 and 10. Nine out of ten children enter a primary school, but one out of two will finish it, and one out of ten will complete SLC. The country has 30000 primary schools, and offer overcrowded classrooms with an average of 40 children per class, 60 in mountains.

If the school system cannot give a chance to every child, the life of those who can’t follow this way isn’t very bright. Before earthquake, 5000 children were living in the streets of the country, mostly in Kathmandu (1200), Pokhara, Dharan, Butwal and Biratnagar, with 500 new each year; and the earthquake certainly didn’t improve the situation.

The International Labour Organisation (ILO) in 2011 estimated, out of 7.7 million children between 5 and 17, 1.6 million Nepalese children took to work, which could, according to international laws, earn them the label as workers. The majority of them are effectively active, children in villages get involved in field work and household chores early on; however ILO announced officially 24% of girls (911 000) and 17.5% of boys (688 000) would be working.  One of three child would not earn money from it, while 5% of national production would come from child labour. Young workers can be placed by their parents, in carpet factories, stone carriers, or as servants in rich families, as slaves under the Kamaiya (or Kamlari) system – to pay an alleged familial debt off -, as bag carriers in trekking, as khalashi, as helps in restaurants and tea shops on highways. Some of them are exposed to physical and psychological dangers : around 373 000 girls and 250 000 boys would be in this case, as they are rag pickers, or forced to prostitute – young women, often from poor rural families, hired as "hostesses" in Kathmandu. ILO points notably the laxest application of laws, letting factories hire children despite national ban.

Child trafficking is a worrying issue, especially since the earthquake; children have become homeless, or displaced, in the overcrowded camps they have become more easily the target of traffickers taking advantage of the situation. Nepal government decided to quickly take action against this, unveiling a plan for child protection: a few days after earthquake, adoptions had been suspended for three months, while in 2010, some countries –including USA and Canada – had interrupt child adoptions from Nepal, as they discovered that some private orphanages made forged papers for "orphans ", who in fact, had their parents alive. Taking advantage of the lack of control at the Indian borders, traffickers take every year thousands of children to make them work far away, in conditions of exploitations, in prostitution districts or sex markets.

On the other hand, some orphanages are trying to make the future of children better, despite gas issues in these difficult days to give them hot meals. Helping Hands Children Home, close to Swayambunath, is one of these institutes trying to make these initiatives last in time and keep going on. This little infrastructure, created four years ago and indistinct from the family of managers’ home, hosts for the moment twenty-one children between 5 and 16. The only source of profit comes from private donations, irregularly : for management, equipment (notably clothes), food, etc. The structure, as many others are, is in a particular situation : notified by the government to be able to accept children, it doesn’t receive any help fromit. Government only places, showing this house to be legally responsible but without helping it in any case.

The hosts help children every day  for home work between 6 to 8 am. ,then between 3 to 6pm – kids are going to school every day from 10 am., the orphanage is paying 700Rs per child per month. At free time, the kids are playing together, sharing, helping each other. As the crisis still weakens the country, Helping Hands Children Home has been cooking with fuel-wood for two and a half months, while the price of their monthly intake of ten bags of rice has dramatically increased.

Seven people are managing this institution, helped by the job of driver of one of them, or often by their own families. A manager woman explained that she was expecting them to become teachers, soldiers, shop managers –because of the little size of the institute, managers can have an eye on each one to improve at his rythm, when many of them caught the lead of their class. Theoretically, the children with the most promising future? Not necessarily, because they will have to finance their higher education, this orphanage being able to only show the way to the certificate, and the children will have to immediately find a job if they aren’t financially supported. This institute is a family to them in the present, but unfortunately cannot assure a future. And the situation for children who have an education and succeed in class, but don’t have a real support, should never let them alone; while children without access to school at all must be the first to be protected.