Although it is regarded as a ritual to receive honorary title of General of Army, it has significant importance in the traditional bilateral military to military relations 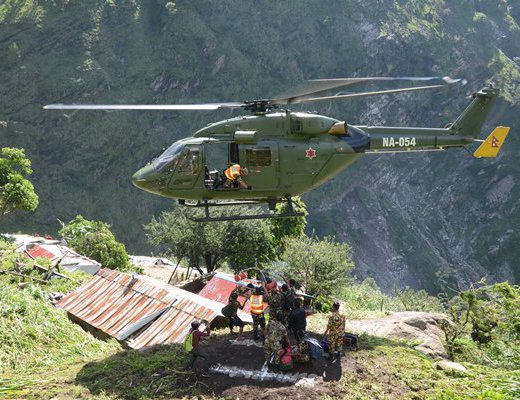 As Nepal has been facing the border protests for more than four months and there is an abnormal situation in the country due to the short supply of petroleum products, Nepal Army chief’s visit to India to receive the honorary title as the General of Indian Army is very significant.

Although Nepal and India’s bilateral relations have seen many ups and downs in the last six decades, Nepalese and Indian Armies have always maintained their institutional relations intact.

This is the reason COAS General Chhetri was invited ahead of visit of Prime Minister K.P.Sharma Oli. Security experts see the visit as a part of the importance given by Indian security establishment to its northern brethren Nepal Army.

Indian Army is a major supplier of arms and ammunitions to the Nepal Army. Last year, Indian Army provided a helicopter to Nepal Army and Nepali and Indian Armies have been launching joint exercises in different areas, including in disaster management.

President of India Pranab Mukharjee conferred COAS General Chhetri the decoration as the honorary general of Indian Army amid a function in the Presidential Palace. Similarly, Indian Army also gave a guest of honor to COAS GeneralChhetri.

Chief of Army Staff Rajendra Chhetri was on his first official visit to the southern neighbor.

Chhetri is leading a nine-member delegation to India on a five-day visit. According to Nepali Army Directorate of Public Relations, the CoAS was officially invited by the Indian Army General Dalbir Singh.

He was to hold meetings with the chiefs of Indian Air Force and Navy, Indian Home Minister Rajnath Singh, Defence Minister Manohar Parrikar and External Affairs Minister Sushma Swaraj among others, the statement said.

Chhetri was also to observe various Indian army units during the visit.

“The Nepal Army believes that the tradition of exchanging the honorary titles between chiefs the Nepal Army and the Indian Army helps to strengthen the ties between the two countries,” the statement read.

With Surge Of Coronavirus In India, Thousands Of Nepali Migrant Workers Returning From India By Agencies 1 day, 1 hour ago

Earth Day 2021: Significant And Importance By Agencies 1 day, 5 hours ago

EU SUPPORT TO EARTHQUAKE RECOVERY Successful Completion By A Correspondent 2 days, 6 hours ago