With the continuing blockade in Birgunj and political disruptions in Terai-Madhesh, Nepalese economy has been passing through a very critical time. Professor BISHWOMBHER PYAKURYAL spoke to NEW SPOTLIGHT on various issues in that context. Excerpts: 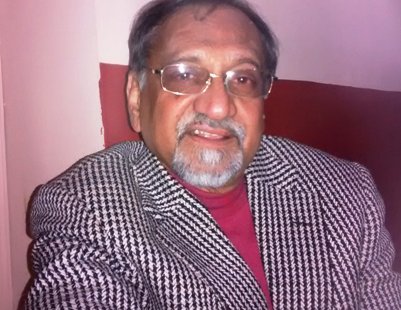 How do you find the recently released report of Nepal Rastra Bank on inflation?

As the country has been passing through a very unusual situation, its existing inflation is much higher than predicted by the Central Bank. They do inflation calculations on the basis of last year's prices of all the commodities and changes in the price level this year. On that ground, NRB estimates what level of inflation will be there the next time. This year’s report is itself alarming as the report showed a double digit inflation.

What is your take on it then?

The situation is more alarming than what has been predicted by Nepal Rastra Bank as the country is facing a hyper-inflation.  Hyper-inflation is based on the commodity prices supplied through informal activities. With the economic blockade and supply disruption, a new economic class has emerged, fixing the market prices through informal activities. All kinds of commodities are available in the market but they are officially unregistered. As the commodities are unregistered, nobody knows the actual price of such commodities that are sold to consumers.

How do the informal markets affect the inflation?

As people and consumers don’t know the actual prices, they can be charged any amount of money. Consumers pay the money to get the things. This is happening at this point. Nobody knows whether it increases by 10 percent, 20 percent or 200 percent. This is where the inflation cannot be estimated and here comes the hyper-inflation.

Do you mean the market is now in the hands of informal market?

Everything is determined in the informal market. Nepal has introduced the so-called economic liberalization since 1990s. Economic liberalization is based on demand and supply in determining the actual prices. Now the situation is different. Since the actual prices of certain commodities is in the hands of an informal market, it is not governed by demand and supply. As the blockade limits the supply, there is a high demand of all commodities. The market is not functioning as envisaged by economic liberalization. There is a question on the legitimacy of the government and the government is not in a position to enforce rules.

How do you see the state of market?

We are leaving everything to the informal market. For instance, I used to buy per tanker of water for Rs. 800 before the blockade. However, I am paying Rs. 2000.00 for the same amount of water right now. See the change. The supplier bluntly replied when I asked the reasons for such a hike of price. He openly said if you want water, you have to pay the price as we said. He argues that the price of diesel has gone up many folds in the informal market. I need water and I have to pay it.

How powerful is the informal market now?

Everything is happening on negotiations between the buyer and seller through the informal market. If the commodities are available, the consumers do not hesitate to pay. Those who can afford are paying the price as demanded by the supplier. If we leave all the commodities at the hands of informal market for a long time, it will create a more dangerous situation which will be very difficult for the government to control later.

What other factors are working?

The present situation is not only a hyper-inflation but this also means increasing unemployment -- dramatically declining of manufacturing outputs and skyrocketing prices.  When these three indicators work together, then you have stipulation.

How has earthquake affected the economy?

In Nepal, there had been an economic recession for quite a long time even before the earthquake. The situation has gone from bad to worse following the earthquakes, as the quakes changed the overall scenario. The earthquakes damaged the things over 700 billion. The country has lost almost 1000 billion after blockade. We have already lost 89 percent of our GDP. As Nepal has been facing the long recession, the situation is going out of hands.

How are other factors affecting the economy?

Nepal is even facing a depression now.  When we say recession, it means men and machines are out of work. Then we feel depression. Our entire activities are depressed. Thus, depression is sustaining for a long term. We have stipulation, depression, recession and hyper-inflation. As we have been facing different situations, there is a possibility of Nepalese economy collapsing in case of failure to handle it cautiously. If the economy collapses, Nepal will be heading towards becoming a failed state.

How do you say Nepal is heading towards becoming a failed state?

When a country imposes a sovereign nation to change the constitution as per its interest and barricades and restricts the trade and the government of the day cannot command its order in border in a full-fledged manner, these are indications of a failing state. As the economy is collapsing, Nepal is heading towards becoming a failed state. The economic pain is at the macro level.

What do you suggest to avert the situation?

We need to make an interim arrangement in the existing government system. We need to suspend many laws like procurement act which do not permit spending the money and increasing the economic activities. More than 40 acts and polices, which are in need of amendment and replacement, are pending at the moment. They have not been endorsed from the parliament. Foreign Exchange Regulation Act 1962 still works in the country. This is the irony. Now, there is the need to completely change the existing governance and make the interim institutional arrangements.  One and a half years ago, excluding the taxes, foreign loans and grants; we could not spend 18 trillion which we received from remittances. That amount of money was with the central bank. We were unable to spend that huge surplus money because of our governance system and faulty institutions.

What can be done then?

How is the current level of economic disruption affecting Nepal’s poverty?

The rate of poverty has already crossed 50 percent now. Almost 10.4 million are living in poverty. It was almost 7.4 million population below poverty line before the quake. However, a study conducted by FAO after the earthquake showed that there are 3 million food insecure people now. In a country where more than fifty percent of the population are under the poverty line, one can imagine what the situation is like at the moment. Given the present state, Nepal cannot govern through the old ideas. There is the need to activate institutions which are related to basic needs. As the market is not functioning formally, there is the need to make institutions which provide food, cloth, oil and medicines -- Nepal Food Corporation, National Trading Limited and Nepal Salt Trading Corporation and Nepal Drugs should be made functional for the interim period.  They are operating in losses. The government needs to hybridize these kinds of public institution.

NEPAL’S ECONOMY Growth At 2.7% By A Correspondent 9 hours, 57 minutes ago

FNCCI Populist Agenda By A Correspondent 10 hours, 18 minutes ago