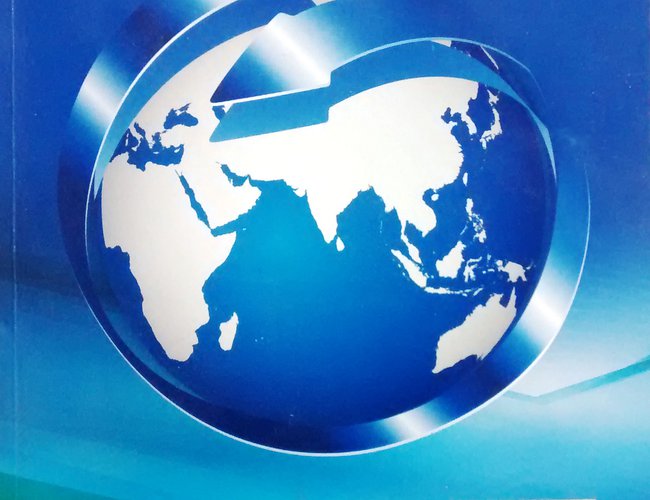 Although he completed many tasks in his tenures as a diplomat, former envoy Shrestha worked closely with two different governments and two different systems in his tenure in Ministry of Foreign Affairs between 2005-20007 working with last monarch  King Gyanendra and Girija Prasad Koirala, first politician to exercise the role of prime minister and president.

Having long experiences and unforgettable memories of negotiations, visits and events, Shrestha is a person who deserves attention for writing the book. This is what his book Kutnitima Tin Dashak (Three Decades in Diplomacy) reflects.

He is fair in writing as he does not spare anybody commenting on him if he or she set a wrong precedent. He rescued Rishi Dhamala, among journalists, during Bhutan SAARC Summit from deportation from Thimpu.

Similarly, he has expressed his bitter experiences with Nepali journalists during prime minister Girija Prasad Koirala’s visit to New Delhi in 2006 when Nepalese journalists ordered additional beverages and foods.

He is also very critical to his own superiors in his Ministry while he was handling the mission abroad. He described how lack of coordination between mission and ministry created problems.

Shrestha has also described problems of Nepalese migrant labors while heading the Abudhabi mission. His narrations of suicide of a Nepalese migrant worker in Bangkok showed his human sensitivity and soft heart.

Having been posted twice in Japan in two different capacities, Shrestha promises that Nepal can benefit a lot from his experiences of Japan given Japan’s important contribution in the overall development of Nepal.

After Daman Sumsher Rana’s book Rule and Misrule, which was published in 1978, Mohan Krishna Shrestha came out with a book describing even the day-to-day difficulties faced by Nepalese diplomats in their diplomatic assignments.

One of the interesting parts of Shrestha’s book is that it describes many events and incidents which will help newcomers who join foreign ministry to prepare for a similar assignment. The descriptions also help people know about the functioning within the ministry.

Working under three different political dispensations from the time of Panchayat to constitutional monarchy and now republic, former envoy Shrestha has elucidated  diplomat’s role in different missions around the world as well as handling of high level delegations.

Along with describing his work in the mission, Shrestha also discusses very carefully the visit of different countries of the world.

Written in Nepali language, the book helps one to understand the state of Nepal’s diplomatic missions and diplomats.  Although the book focuses on Shrestha’s job in foreign ministry, it is also like a travelogue as the authors describes important places of countries around the world. In this 31 years' career in Foreign Ministry, Shrestha travelled to 71 countries of six different continents in various capacities.

In his government posting, Shrestha was posted twice in Tokyo mission, Bangkok and Abudhabi and his last assignment was Paris as an ambassador. Before his appointment as ambassador, Shrestha also headed the Protocol Division of Ministry conducting a visit of late Girija Prasad Koirala to New Delhi just a few months after People’s Movement. Similarly, Shrestha was also a part of the delegation of former king Gyanendra’s visit.

During his work in foreign ministry, he participated UN General Assembly meeting, SAARC meeting and other regional meetings and he also collected a lot of experiences.

Written in very simple Nepali language, the book is very accessible and lively. As the book includes experiences of a diplomat dealing and handling the assignment in different circumstances, Shrestha's work should help preserve the memory for future generations. Those who are interested in foreign affairs should read the book.

GYEONGGI-DO AND SUNWON-SI: Tale Of Development By NEW SPOTLIGHT ONLINE 2 weeks, 3 days ago

PRASHASTI ARYAL Rising Poet By A Correspondent 5 months, 2 weeks ago

COVID-19: Protecting Workers In The Workplace By Patrick Belser 7 months ago