The musical follows the story of Ruslan, an orphan who grows up working vigorously, day and night. He leaves the orphanage, he lives in and moves to the village where he is subject to hunger and homelessness. 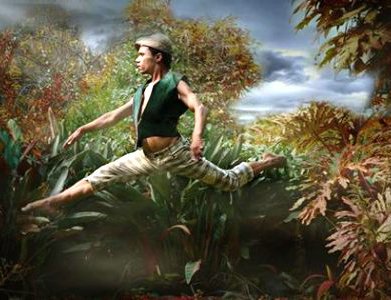 Organized by the Sushila Dance Company, the International Musical Broadway Show,  brought to Nepal for the first time was smoothly executed and exquisitely produced by exceptionally trained actors and directors. While aiming to promote international-level musicals in Nepal, it allowed Nepalese dancers, actors and singers to showcase their talent and demonstrate their international level skills on a national stage.

The musical follows the story of Ruslan, an orphan who grows up working vigorously, day and night. He leaves the orphanage, he lives in and moves to the village where he is subject to hunger and homelessness. But when his Godmother appears, his live changes: all for the better. He finds love, makes mistakes and learns from them. Throughout the performance, the audience is made to experience sadness, humor, awe and respect towards each of the characters.

The story of a poor orphan Ruslan was written by Alize Biannic, the Artistic Director at the Sushila Dance Company. Biannic started ballet dancing at the young age of ten at the Paris Opera, moving on to an international scale in Leipzig, followed by Barcelona, and London where she preformed and studied for four years at the Royal Ballet School.  Now, she is not only a skillful, elegant dancer but also an actor. “One must write about life not as it is or should be, but as it appears in dreams,” she says, which led her to craft the idea of Ruslan exploring a magical world, right out of a fairytale. It was also the fact that she envisioned creating an international standard performing arts school in Nepal that led her to create the masterpiece and form a cast with a Nepalese majority. The professional dance company and the performance successfully accomplished the execution of the very first Broadway-styled musical in Nepal.

Yulia Koirala, Executive Director of Sushila Dance Academy also shares the same ideas as Alize Biannic. Founder and Director of the SAA, Koirala established the school in 2012 with the aim of promoting performing arts in Nepal and allowing local performers to attain international standard training. Due to her incentive, many talented students are able to learn for free through various scholarships for Nepalese performers, and the shows they do are very well organized.

The trainers and students at the SAA were parts of the cast who truly made the musical come to life. A cast of only 10 people with talented performers such as Maradee de Guzman, Subol Thapa, Utpal Jha and Sumnima Sampang, danced and sang through the plot, carefully revealing each detail of the play and creating their personal characters – each with their own likes, dislikes, and stories. Playing the role of Princess Clara, Shreeti Pradhan demonstrated her stunning voice and her lyrical skills as she co-wrote Clara’s Song with Yulia Koirala. Alize Biannic herself played the role of the Inner Voice, as she performed while being suspended in the air as well. Amrit Dahal, Lucky Darlami, Arpana Lama and Glory Thapa, playing the roles of Villagers and Warriors helped set the mood through the entire drama and showed how talented Nepalese ballet dancers can be that they are able to conduct programs at such high standards.

The truly one-of-a-kind show has helped Nepalese art reach a higher standard and will hopefully touch a wide range of people – performers and audience alike – who will appreciate the effort put in by the cast and crew members and strive to reach the standards that the Sushila Dance Company has set. All in all, the musical is an epitome of Nepalese dedication and an international level production.