A Year With Souls Still Broken

The massive 7.8 Nepal earthquake shook the whole nation taking away lives of more than 8000 people leaving several injured and many traumatized. The eventful weekend turned miserable as Nepal was the main focus of nature’s fury. 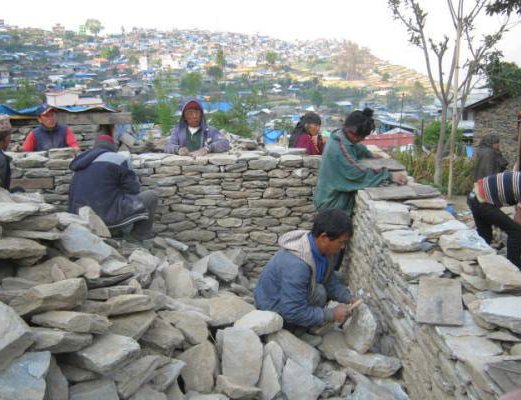 A Disaster is sudden and catastrophic. It is sudden as we are unaware of its arrival and catastrophic as it brings in unfortunate and undesirable changes in the lives of the people. A natural disaster like an Earthquake cannot be prevented but prepared for.  Sometimes the effects of an earthquake are so enormous that the preparations are futile. The massive 7.8 Nepal earthquake shook the whole nation taking away lives of more than 8000 people leaving several injured and many traumatized. The eventful weekend turned miserable as Nepal was the main focus of nature’s fury.  We witnessed not just one earthquake but several continuous tremors that robbed us of our sleep for day’s altogether. It was reported as a massive earthquake all around the globe but for the victims it can be referred to as a social, psychological and economic earthquake as well.

The matter of the earthquake went off the newspapers and channels long back but its effects are strong enough to exist in the lives of the Nepalese people for a very long time. The earthquake caused tremendous physical damage to our country due to which people experienced loss of their livelihoods and displacement from their habitats. The displacement also causes structural change in the family. Some have been able to rebuild while some are still struggling for shelter.  Majority of male members from the villages of Nepal travel abroad as migrant workers, thus it has been hard on the women of the households to rebuild and replenish the loss that has taken place.  The earthquake also caused problems in the agricultural sectors.  Reduction and loss of harvests were witnessed in many areas.The apprehensions and waiting for tremors took away the harvesting time of the people. Loss of livestock’s, tools and irrigation infrastructures of the farmers due to the quake has affected their income and quality of life. Our diversity and rich cultural heritage that helps us stand unique amongst the other nations has been extremely affected due to the rage of the earthquake. Many of our cultural heritage sites and temples have come down resulting in less tourism in the country which directly affects our economy. Not just tourism, the collapse of these heritage sites has also altered the customs, traditions and cultural practices of some communities. The importance of education is slowly being recognized in the country but the schools of the villages due to poor construction have come down to ruins due to the earthquake which is another major loss to the country and its developing future.

It may be invisible and unnoticed but the earthquake has made a very strong impact on the psychology of people as well. Several people in Nepal lost their lives not just due to the physical destruction caused by the earthquake but also due to its shock and trauma. Mental conditions like Post-traumatic stress disorder (PTSD) are very common among the survivors of natural disasters.It results in people who have lived through or witnessed a traumatic event such as war, loss of a loved one, accident or an earthquake. This mental condition if prolonged may turn into depression or even suicide. People suffering from PTSD experience flashbacks and nightmares about the tragic incidents that implant in them a sense of fear and anxiety for a long time. In addition to the tragedy caused by the earthquake, people who lose their dear ones also experience a sense of survival guilt, questioning ones existence while mourning the death of the loved one.The chain of earthquakes and tremors has mentally disturbed many people leaving them hopeless and emotionally strained.

Time in the most cliché of its way… flies and so has one year since we started dreading the collapse of buildings due to the earthquake but the damage caused is still being cured. The homeless people continue to look for homes, the ones able to rebuild are still working, the ones disturbed are still trying to cope and similarly the tremors are also still knocking us.