Given the recent actions, the coalition government led by K.P. Sharma Oli is heading to become intolerant to the rights of foreigners 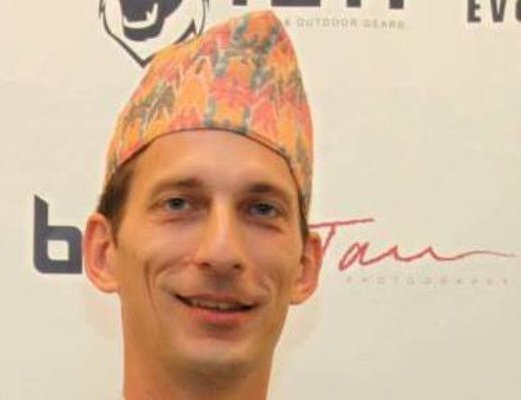 Just a week after taking decisions in revoking the working visa of a Canadian citizen on the ground of his reported political comments on the social media, Nepal Police arrested a British tourist for his involvement in the demonstrations.

Dominated by communist parties under the leadership of communist leader Oli and home minister Shakti Bahadur Basnet, who is a former Maoist rebel, the government is gradually establishing itself as anti-liberal in its posture.

Extended for signing a 9-points agreement with the clause to give a blanket amnesty to perpetrators of human rights violators of the years of violent civil war, this government is establishing its authoritarian tendencies.

Spokesperson of Ministry of Home Affairs Yadav Koirala admitted that Police arrested a British tourist on the ground of his involvement in the demonstration. According to Koirala, Nepal Immigration Act does not permit any foreigner to take part in political demonstrations.

Nepal Police on Monday arrested a British national for 'participating' in a protest programme carried out by Madeshi and Janajati.

Martin Travers, 44, a British passport holder, was arrested on Monday afternoon during a protest outside Singha Durbar, Kathmandu, while he was partcipating in the protest, according to police.

But Martin refuted the police version. He told the media that he was merely taking pictures of the protest when somebody came up from behind and put a protest band on his forehead. He insisted that he was not part of the protest.

The arrest comes a day after reports and pictures of foreigners taking part in the anti-government protest by Madhesi and Janjati groups splashed the media. He is a mural painter and paints people’s faces, his aides said after the arrest.

Chief District Officer of Kathmandu District, Ram Krishna Saubedi, confirmed the arrest of British national who, he said, showed up among protestors carrying flags and donning red band in his forehead during Sunday’s protest.

Martin, a mural painter, held an exhibition titled 'Of Struggles and Dreams - Homage to the People Of Nepal' in Siddhartha Art Gallery in August 2015. The exhibition was inaugurated by British ambassador John Rankin. He was also an artist with Book Bus, a USAID mobile library in Nepal.

He sold his paintings to support art workshop in various schools in the country, including Kanti Ishwari School, Pyafal and Jagat Sundar, Chagall.

Martin, 44, who had actively involved in relief distribution in Rasuwa, came back to Nepal on the anniversary of earthquake to continue his relief programme.

Although the foreigners' visiting Nepal’s political movement is not new, even monarchy-time governments did not take any such action against foreigners.

At a time when the government is clamming the new constitution to be the best constitution in the world, the arrest of foreigners on simple grounds of hanging with agitators gives a bad image to Nepal.

The decision of the government to revoke the valid work visa of a Canadian citizen, Robert Penner, and to request that he “voluntarily” leave the country on grounds of his reported personal comments in social media has badly damaged Nepal’s image globally.

After Egypt and Saudi Arabia, Nepal is the third country revoking a working visa like that.

Penner had tweeted about a Human Rights Watch report on deaths and injuries last fall during protests against the new Constitution by Madhesi and other ethnic groups.

At a time when there is a rampant disenchantment against the government, Prime Minister Oli’s move in silencing foreigners will damage Nepal badly. Nepalese democratic leaders, including Oli,who openly welcomed foreign support in the past need to show respect to foreigners.

Instead of resorting to harassment, the government needs to reconsider revoking Penner's working visa and stop hunting foreigners walking alongside demonstrators. The time has come to clean the image of Nepal as not a pariah state but a state respecting human rights and freedom of expression.

BHARAT RAJ PAUDYAL: Diplomat With Passion By A Correspondent 4 days, 9 hours ago

MADHAV BELBASE: The Father Of TBM In Nepal By Keshab Poudel 4 days, 23 hours ago

Hindu Kush Himalayan Region’s Ministers Come Together For The Cooperaiton On Climate Action By NEW SPOTLIGHT ONLINE 5 days, 8 hours ago

SHANKER DAS BAIRAGI: Diplomat At Helm Of Civil Service By A Correspondent 5 days, 11 hours ago