Improving Asian nutrition – one glass of milk at a time On World Milk Day, FAO raises a glass and proposes a toast 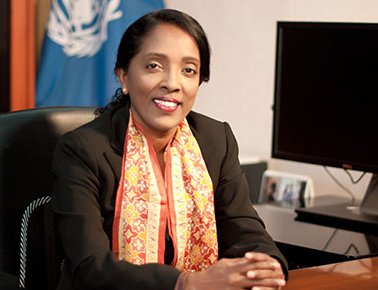 Asia has witnessed remarkable growth in its production and consumption of milk and dairy products in recent years and this trend is almost certain to continue.

Indeed, the Asia-Pacific region has overtaken Europe as the world’s largest milk producer, with India alone producing one in every five glasses of milk.

This increased consumption of dairy products in Asia and the Pacific is playing a vital role in improving child nutrition and boosting the livelihoods of smallholder farmers across the region – as the latter are the source of production for the vast amount of milk and dairy products that we consume.

By the end of 2015, the Asia-Pacific region, as a whole, had achieved the Millennium Development Goal to reduce hunger and under nutrition by half in the past quarter-century. Clearly, the increased consumption of dairy products in the region is one factor which has contributed to the overall success in improving nutrition, particularly among children.

During a recent visit to Bangladesh I learned about a successful school milk pilot scheme implemented by FAO and how it had made a difference in the overall wellbeing of the children who had received 200 ml of milk each school day.

Milk is rich in minerals like calcium, magnesium and zinc among others. The wide range of vitamins and amino acids present in milk are important building blocks for cells, bones, and muscles.

So as we work toward a world of zero hunger, milk and dairy products will continue to be among the important foods to help address undernutrition.  With 490 million people still undernourished in our Asia-Pacific region we must intensify our efforts and collaboration with the dairy sector for milk and dairy processes to become even more coordinated and productive.

And there is a clear business case to do so.

FAO is working with stakeholders in the dairy sector on a Strategic Development Framework in Asia and developing an action plan for implementation and improved collaboration among countries in the region as development of the dairy sector progresses. Value chains will need to improve and we will also need to see improvements in productivity and competitiveness while introducing ways to reduce negative environmental impacts, because with increasing scarcity of, and competition for, natural resources the sector must produce more efficiently and sustainably.

It is expected that the private sector will play an increasingly important role in attracting private investment. But at the same time, we must ensure that millions of smallholder farmers scattered across the region, including millions of women who contribute to this growing dairy sector, are treated fairly and that everyone involved is properly rewarded for their efforts. Improving the ability of smallholders to organize themselves and attain greater bargaining power in the market place must be a core element of our work as we move forward.

This week we observed World Milk Day in recognition of the importance of milk. So let’s all raise a glass of milk as a toast to the people who produce and bring us one of the world’s most healthy, nutritious, natural drinks.

Kundhavi Kadiresan is Assistant Director-General and Regional Representative of the Food and Agriculture Organization of the United Nations (FAO).

The Chinese Constitutional Model at 1948 By Dr. Bipin Adhikari 23 hours, 1 minute ago

Uzbekistan: Sojourn To The Old Silk Road By Som P. Pudasaini 2 days ago

Hindutva: Mughlani versus non-Mughlani By Dipak Gyawali 4 days, 18 hours ago