Under the New Economic Policy (NEP), India, which had followed on Nehru’s socialist footsteps since its independence, metamorphosed into something no one had ever imagined. 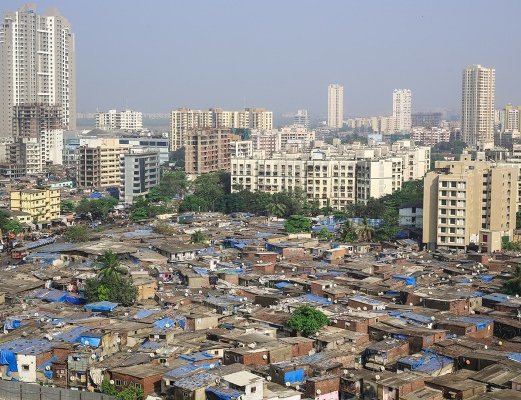 This week marks the silver jubilee of a speech that changed the Indian lives forever. The speech, delivered by the then Finance Minister Manmohan Singh, liberalized the Indian economy and ushered in a plethora of changes. Under the New Economic Policy (NEP), India, which had followed on Nehru’s socialist footsteps since its independence, metamorphosed into something no one had ever imagined. From economy to cricket to music and movies; there was no area which was spared from a make-over. Quoting the 19th century literary figure Victor Hugo, Singh had said, “No power on earth can stop an idea whose time has come”.

The time had indeed come for India. The drastic policy change came at a time when the country was reeling under a severe economic crisis. The economic growth rate was slumping and foreign exchange reserves had fallen to $1.21 billion, just enough to cover about two weeks of imports. The liberalization paved the way for private/foreign investments and cut down on government’s intervention. It was just a matter of few years before the results started showing. By 1996, the foreign reserve had reached $22.74 billion.

But the increase in foreign reserve was only one of the many changes that the liberal policy brought about. 25 years down the line, it’s largest impact has been on the Indian economy. Whereas the GDP growth rate hovered somewhere around 3% - 5% before 1991, India’s growth skyrocketed post liberalization. At 7.3%, it surpassed the growth rate of China in 2015 to become the fastest growing economy. Similarly, foreign investments started flooding in. Compared to a negligible single digit figure before 1991, India received a total Foreign Direct Investment (FDI) of $371 billion from 1991 – 2016.

This rise in the economic figures led to significant changes in the socio-economic life of the people. Swanky models of Suzuki, Toyota and Hyundai cars, many of which were manufactured in India, started replacing the bulky white Indian Ambassadors on the Indian roads. The people, who were used to flickering between the two state-run Doordarshan channels, had the option of switching between MTV, BBC and Star Movies. Indian youths could choose to work in Multi-National Companies (MNCs) like Google, Microsoft and Coca-Cola unlike earlier where job prospects were limited to either government service or a few private companies. People started wearing Nike t-shirts and donning Ray Ban sunglasses. Complemented by the growth in usage of mobile phones and internet post 2000, the field of Information Technology (IT) reached unprecedented heights.

But not all has been rosy. While the average per capita income of an Indian citizen rose by 15 times in 25 years, bulk of the Indian population still live in dire conditions. Many complain that the impact of the NEP has been largely skewed and it has only widened the gap between the wealthy and the poor. India’s Gini coefficient (which measures the level of income inequality) rose to about 52% in 2015 from 45% in 1990, higher than many of its counterparts including China. For a country which was heavily reliant on agriculture, the farmers were hit very badly post liberalization. Soon after the policy change, the government drastically reduced its subsidies to the agriculture sector. As a result, between 1991 and 2001, indebted farm households nearly doubled, from 26% to 48.6%. Moreover, as farmers shifted towards producing cash crops, which are subject to huge price fluctuations, many started accruing heavy debts. As a result, farmer suicide has shot up in the last 25 years.

Not just rural, but urban poverty has been equally rampant. It is not uncommon to see footpaths of metro cities lined with homeless people at night. Ironically, one of the major financial hubs of Asia, Mumbai, houses the region’s largest slum.

While recent governments claim to have made repeated efforts to address this problem, little seems to have changed. If anything, the gap has only widened. But for a country of 1.252 billion, can equitable growth actually be a reality? The question remains unanswered.