As air quality deteriorates in Kathmandu, a people’s campaign is building up to clean the air

As the city's air quality deteriorated, Bal Ram Shrestha, 42, sold his house in Putali Sadak and moved to Budhanilkantha. His 10-year-old son was already suffering from allergy. Had he no business in Kathmandu, he would have left the valley a long time back.

“While I was living in Putali Sadak, I would visit doctors twice a week for treatment of my son's allergy. My son is doing well in my new house,” said Shrestha. "Everyone is suffering from the deteriorating air quality, but why does no one seem serious to take any action?”

Narayan Upadhyaya, 45, a resident of Koteshwor, has a similar story to share. He used to visit doctors once a week for his cough and inhalation problem. When Upadhyaya sold his house and moved to Mahalaxmi Municipality of Luvu, 10 kilometers east of Kathmandu, he felt eighty percent of his problem was gone.

“Koteshwor was like a gas chamber for me,” said Upadhyaya. “I sold my house and bought a new one in Luvu,” he said.

Deteriorating air quality is not a new phenomenon in Kathmandu. Stories have been carried regularly by newspaper, radio and television about a large number of people suffering from air pollution related diseases.

Almost all roads of Kathmandu are now full of dust due haphazard dismantling of roadside structures for laying the Melamchi water pipelines. Hundreds of new vehicles are registered and brought in Kathmandu to add to the mess. Brick kilns are continuing to puff heavy smokes.

ICIMOD Senior Air Quality Specialist Dr Prakash Bhave confirmed that Kathmandu was in the 261 slot on the global database of 2,973 cities, according to the WHO Global Urban Ambient Air Pollution Database (2016). Dr. Bhave was presenting a paper on the air quality in Kathmandu during a press meet a few months back.

According to a study, the most common route for pollutants to enter the human body is by inhalation and the most common effect of air pollution is damage to the respiratory system. Exposure to air pollutants can overload or break down natural defense mechanisms in the body, causing or contributing to respiratory diseases such as lung cancer, asthma, chronic bronchitis and emphysema.

Studies indicate that a mere 10 µg/m3 increase in PM2.5 can increase the risk of lung cancer by 8 percent, cardiopulmonary deaths by 6 percent and all deaths by 4 percent.

Given the current air quality of Kathmandu, one can easily imagine the consequences for over 5 million people living in Katmandu.

Nepal has the environmental policies, regulations, acts, institutions and monitoring systems. What the country lacks is the courage to implement them. Once the government implements them, a rough half of the air pollution problem can be solved.

“There are ways to clean the air and atmosphere,” said Dr Arnico Panday, Program Coordinator of the Atmosphere Initiative at the International Centre for Integrated Mountain Development (ICIMOD). “What is required is greater collaboration among atmospheric scientists, civil society, government agencies and other stakeholders.”

According to ICIMOD, managing Nepal’s growing air pollution crisis requires continuous monitoring of air quality at many locations. This information is needed for public decision making to reduce exposure to air pollution hazards, identifying the most cost-effective measures to reduce long-term emissions, and implementing short-term emergency response measures to extremely high levels of pollution. In addition, air quality data are needed to assess the effectiveness of implemented measures and policies.

“By the end of 2016, we expect to see at least half a dozen stations in the valley, as well as stations in three districts outside the valley, sending live data to a central server and distributed to the public,” said spokesperson of Department of Environment.

ICIMOD was asked by the Department of Environment to design the air quality data portal for Nepal.

Although in early stage, a move is afoot at the initiative of German Ambassador to Nepal Matthias Meyer, supported by former Environment Minister Ganesh Shah and UNESCO representative to Nepal Christian Manhart, to press for action against air pollution. If it materializes, the litany of woes of the city denizens is likely to lessen, with a people's campaign building up for this worthy cause. 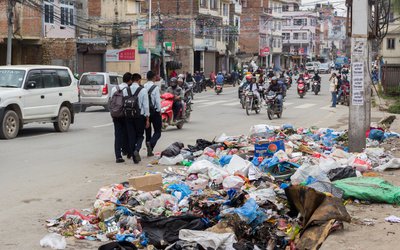 Nepal’s Tally Increase To 23,948 With 638 New Cases On Tuesday By NEW SPOTLIGHT ONLINE 1 day ago 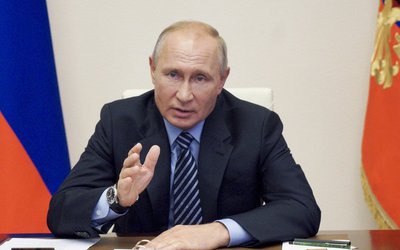 Koteshwor Sealed Off After Detection Of The Cases Of COVID-19 By NEW SPOTLIGHT ONLINE 1 day, 8 hours ago