“The Problem Is The Hill Mindset” Professor Lok Raj Baral

Renowned scholar, international relations expert and political scientist PROFESSOR LOK RAJ BARAL has been known for his scholarly contributions in Nepal as well as around the world. Prof Baral spoke to Keshab Poudel. 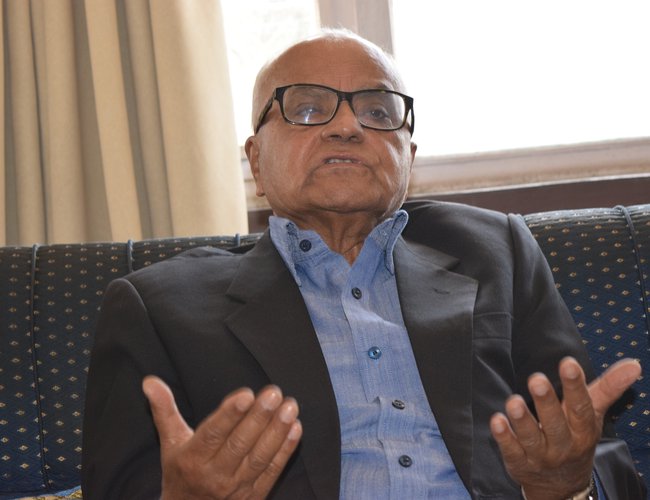 What is your view of the political situation in Nepal given the consensus reached between government and Madhesh-based parties?

It is good to see the agreement between the government and Madheshi parties towards finding an amicable political solution. In this context, what I can say is, something is better than nothing. Since the government has already made it clear that it will move the constitution amendment bill on a fast track and address the demands to increase the numbers of local bodies in 11 districts, the Madhesh-based parties' decision to withdraw the agitation program is a positive development.

How do you look at the general perspective of hill people on Madheshi agenda?

We have never seen it with a larger perspective. We ruled the country from the hill for long. We are just looking at the Madheshi issue from the hill mindset. We have to keep in mind that Madheshis just came to national integration process decades ago. The current move of Madheshi parties will further integrate the nation. The process of integration is very new. There is no nationalist and anti-nationalist side. We need to be liberal and flexible. Why we limit ourselves to eight or six provinces? Why not go for 10 provinces. We need to address the problems.

What is your view on local elections?

Elections, of any kind, are necessary. However, they should be inclusive. When they had not held the local elections for the last 20 years, what is wrong to postpone the elections for a year? They should have made an interim arrangement. Local elections cannot bring change. We don’t have any problems. The problems are created by us. You cannot manage the country on old mindset. We need to change the mindset.

What would be the consequences of elections held without the participation of Madhesh?

The election has no meaning without participation of such a large population. We had already made a mistake in the past by promulgating the constitution ignoring the concern of Madhesh based parties. The promulgation of new constitution by three parties was a blunder. They promulgated the constitution so hurriedly as if the sky was falling. I have been repeatedly saying that constitution and elections need to be inclusive.  Even if they promulgated the new constitution, it has not been implemented fully. Except the elections of president and prime minister, other provisions are unimplemented. Although three parties are claiming that the constitution was promulgated by the approval of 85 percent of representatives, the present results show that the number cannot make any difference. Had they accommodated all the forces, the country would not have to face the present crisis.

How do you see the present political infighting? Is it part of our culture or something else?

What Nepal is lacking is a democratic culture? Our culture is basically a party centric or individual centric. Finally, our politics is chair centric.  Had political leadership shown a certain level of political flexibility two years ago, Nepal would not have to face this prolonged crisis. Sushil Koirala promulgated the constitution to project his image. K.P Oli was over enthusiastic because of the chair. By tabling the amendment bill a day after promulgation of constitution, the leadership accepted the flaws in the constitution.

As the number of high-level visits between Nepal and India has recently intensified, how do you see these visits in relation to improving understanding?

I don’t think Nepalese President Bidya Bhandary’s current visit has made any drastic change in the relations. It was just a formal visit. Nepal’s relations with India chilled following the decision of K.P. Oli’s government to abruptly cancel the visit at the last minute.  Indian President Pranab Mukharjee’s visit helped to warm it.  In substance, Nepali President's visit has not changed India’s stand much. However, this high-level visit has helped strengthen the interstate relations.

How about India’s position on political developments in Nepal?

India has been stressing for an effort to see consensus among all the political forces in Nepal. As a neighbor, India continues to suggest Nepal should take all political forces on the board. India has continued to express concerns over the issues of Madheshis and suggested the constitution be made inclusive. From Prime Minister to the lower level, Indians have been suggesting inclusivity.

How do you see the recent reactions of Indian media on Nepal-China joint military exercises? Although Nepalese Army has been doing similar kinds of exercise with American and other Armies, how do you look at the Indian concerns?

India is very sensitive to China's growing presence in Nepal. When Nepalese president was visiting India, there was a wide coverage on Nepal-China Military drill. The media coverage showed how deeply Indians are concerned on the security matter of Nepal, particularly the relations of Nepalese Army with others.

How do you see the Chinese activities in Nepal?

What I can see is that there is an increase in Chinese activities in multiple ways. We had not seen this in the past. Chinese have intensified their activities in media, political parties, security, intellectuals and academicians. The Chinese defense minister has also visited Nepal and agreed to provide support. It seems that Chinese are intensifying their relations with Army given declining credibility of Nepalese politicians.

How will it impact Nepal?

Indian media’s coverage has shown that growing Chinese activities are a matter of concern for India because it sees her relations with Nepal Army and Nepal is special. As India shares a long open border with Nepal, security is a vital area of interest of India in Nepal. Nepal’s strategic location is very important for Indians.

What do you suggest about this?

As China was anxious, Nepal cannot say no. However, there is the need to take a cautious approach for bigger exercises. Since Nepal Army has made it clear that joint military exercises are meant to improve capability in disasters and terrorism, this was not a big issue.

What does India need to do then?

India also needs to work to win over Nepal. Except in security, India also needs to reform its policy towards Nepal on other. There are complaints that India is doing micromanagement in politics. If there is such a thing, India needs to minimize them.

How do you see the possibility for Nepal to tilt towards China?

For the last five decades, I have been closely watching the region. China is a far away country and India is much closer in every aspect. There is closeness in relations between Nepal and India. However, Nepalese see the relations on emotions and express spontaneous reactions.

Although Nepal-India relations have several dimensions, how do you look at the views when a section of Nepalese intellectuals and political groups are raising the issue of 1950 Nepal India Treaty as a bad thing? What is there?

Our relations are multi-dimensional. However, our experts blame 1950 Nepal India Treaty for all the ailments. What I have been saying is that, whether there is the treaty or no treaty, Nepal India relations remain same provided India continues to work under treaty obligations. If there is no treaty, India can ask you why it should provide any special treatment.  They can pursue for MFN like all other nations. In that scenario, what would be our situation? Without understanding and studying all those implications, making any change will bring unimaginable impacts to Nepal.

You have studied Nepal-India open border. What is your experience?

Two governments are taking certain measures to regulate the borders. During our study period, we had seen the deployment of Nepal Armed Police in various border points. Similarly, India also deploys its SSB in the border areas. There is joint operational mechanism for the border officials. If the authority is delegated at the local level, things can be changed and border can be managed well. We need to take in mind our civilizational linkages before making any decision on border.

What will be implications of federal structure in Nepal’s neighbors?

There will be provincial governments and local governments. If our neighbors have certain suspicion, we need to clarify them about our system. We need to put our house in order. In India, the state has been influencing foreign relations recently. West Bengal State government recently opposed the sharing of the Tista water with Bangladesh and Tamil Nadu state took different stand on Sri Lankan Tamil issue. However, Nepal’s provinces will not be like them. We need to take our neighbors into confidence.

Why have politicians so much of concern regarding India? Is it ignorance?

Rather than saying ignorance, what I say is the inherited mindset of Nepalese politicians. If you look at the foreign divisions of political parties, the situation is frustrating. Politicians rarely seek advice from experts and scholars. They are only after vote politics. Madhesis are partly correct in their word as our overall mindset is dominated by hill mindset.

As there is also discussion on linking Kathmandu by rail from North, how do you look at it?

Political leaders have been blowing this in emotion. One has to see things in terms of their economic viability. Is it viable to bring goods from 3500 kilometers apart? Does even bringing the rail to Kathmandu from north make any changes? Of course, a few people may enjoy the travelling privileges. However, it cannot solve the rest of the problems of Nepal. Our access to sea from south is much closer and economically affordable.  You cannot change geography and reality. 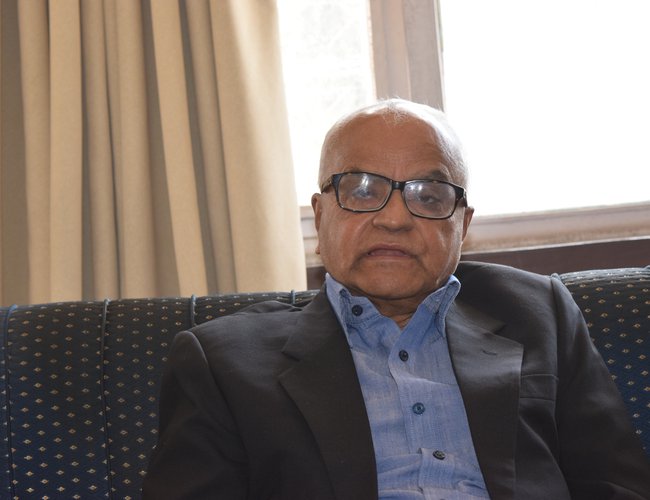 Japanese People Have A Special Sense Of Intimacy Toward Nepal: Ambassador Yutaka Kikuta By Agencies 8 months ago

“Nepal Is A Crown Jewel For Humans Because Of Its Geographic Treasure” Professor Tomohiko TANIGUCHI By Keshab Poudel 9 months, 1 week ago