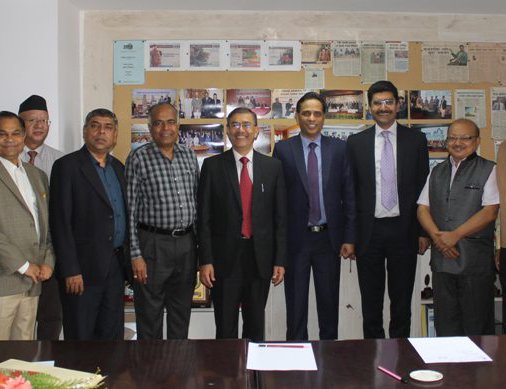 Welcoming newly appointed consulate general Marashini, President of Confederation of Nepalese Industries Haribhakta Sharma said that there is immense possibility to take benefits from the market like America.

Other office bearers also stressed the need to implement TIFA and the role of newly appointed consulate general Marashini.

Addressing the program, Consulate General Marashini said during his tenure he will work best to create conducive environment to lure investors from the United States of America in the areas like technology, insurance and such other sectors.

Japan To Celebrate May 26 As “Hirotaka Takeuchi 14 of 8000m Mountains Summit Day By NEW SPOTLIGHT ONLINE 1 day, 8 hours ago

117 People Of Nepali Origin Die Due To Coronavirus In Various Parts Of The World By NEW SPOTLIGHT ONLINE 2 days, 10 hours ago