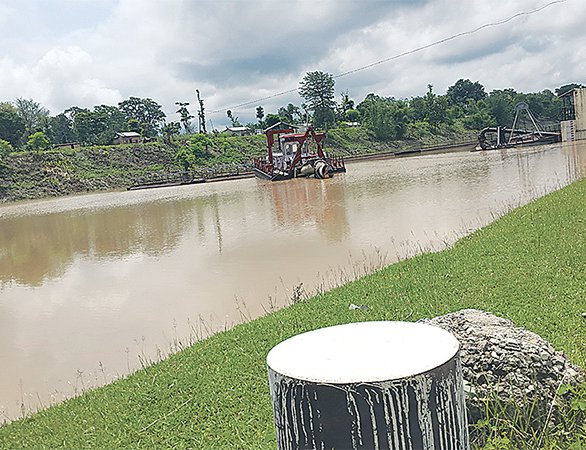 Nepal government has decided to build second barrage in the Kosi river above the present Kosi barrage following receding the bed level of river.  According to the Department of Irrigation, the process of selecting consultant has already completed to prepare a Detail Project Report (DPR).

According to DoI, the proposed second barrage will be built at Chatara, below Baraha Chhetra, proposed Kosi high dam site. “After the completion of proposed barrage, more than 100,000 hector of land in Sunsari, Moran, Udayapur and Saptari will be irrigated.  This barrage will provide water to irrigation 68,000 hector of land under the command of Morang Sunsari irrigation project,” said Ramanand Prasad Yadav, Secretary at Ministry of Irrigation.

Ministry said the Kosi river bed is receding and water sources are shifting to other side from the current head of Sunsari Morang Irrigation system. Although we have already built spur in three locations to raise the river belt, it did not bring any changes,” said Yadav. “This barrage will not affect the construction of Kosi high dam but it will support to regulate the flow of water.

According to a report published in Annapurna, the project will sign an agreement with consultant Hydro consult ITECO-TMS (JV) to prepare DPR and Engineering Design by Monday.

Nepal government is planning to construct the barrage with its own investment of over Rs. 20 billion.