Having lost a huge amount of money in the past, Nepal Electricity Authority has now reduced its annual loss from Rs 8.89 billion to Rs 1.5 billion this year 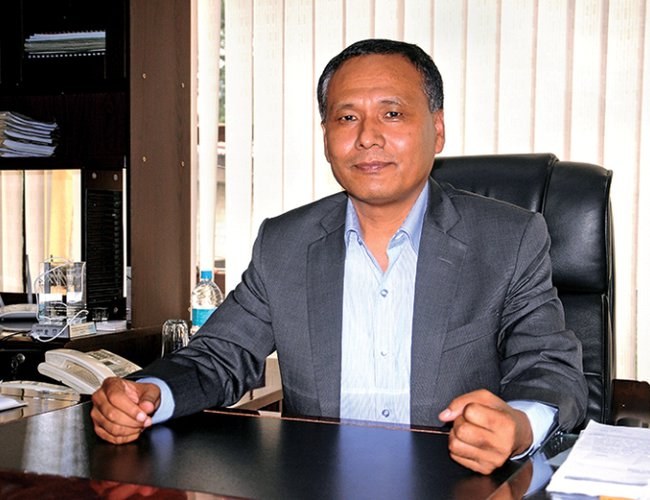 If an organization has a good manager with commitment to positive changes, there is nothing impossible. NEA’s managing director Kul Man Ghising has proven this, turning a loss-incurring entity into a profit making organization.

Until a year ago, it was unbelievable for the people to sleep in a load-shedding free Kathmandu. Through his managerial skills, Ghising reduced the power cut in the valley and other parts as well.

Although almost 100 MW of power was added last year and new transmission lines connected Nepal and India, these two are not the only reasons for the improvement of the situation. Had Ghising not reduced the power loss; the situation would not have changed much. His hard work did the magic, which was virtually impossible a decade ago.

After continuously suffering from heavy losses, Nepal Electricity Authority drastically reduced the amount of loss this year, while almost wiping out the load-shedding hours.

Although the government cleared NEA’s loss of Rs. 27 billion in 2010, NEA’s loss was rising every year. Last year, NEA suffered a net loss of Rs.8.89 billion. However, it reduced the loss to Rs.1.5 billion this year.

“When I was appointed the Managing Director, my aim was to turn in profit for NEA. Although I am still unable to take NEA to profit, I have been able to reduce the loss,” said MD Kul Man Ghising. “The burden was added this year because the salary was increased by 25 percent as well.”

According to NEA’s annual report, NEA’s income increased by Rs. 5.5 billion following revision of tariff and Rs. 2 billion by reducing the technical loss. Other reasons include increase in internal production, reduction of loss in dollar PPA projects, weaker dollar and Japanese.

According to Managing Director Ghising, operating profits used to be low but this year NEA was able to make a profit of Rs.2 billion. Last year, there was a loss of Rs. 3 billion in operation costs. But this year, the operation cost was just 1.88 billion rupees.

According to MD Ghising, last year NEA’s total income was Rs.50.02 billion and its expenditure was Rs. 52.04 billion.  In foreign exchange fluctuation, NEA got projects of Rs. 490 million.

After write off of loss of Rs. 34 billion, NEA is suffering from loss since 2001-2. After appointment of MD of NEA, Ghising presented second round financial reform proposal to Ministry of Finance.

According to the proposal, NEA will increase the present equity share of Rs.50 billion to Rs. 125 billion. As per the Mahakali Treaty, Nepal has been receiving 70 million units of electricity from India at the price of Rs. 5.41 per unit. The government is requested to convert Rs. 3 billion due of NEA as a share. This proposal has already been endorsed by the cabinet.

As is said, if there is a will, there is a way. MD Ghising has shown that things can turn right if all work with commitment and dedication.

Sunkoshi-Marin Diversion Project To Irrigate 120.000 Hectors Of Land In Province 2 By Agencies 2 hours, 40 minutes ago