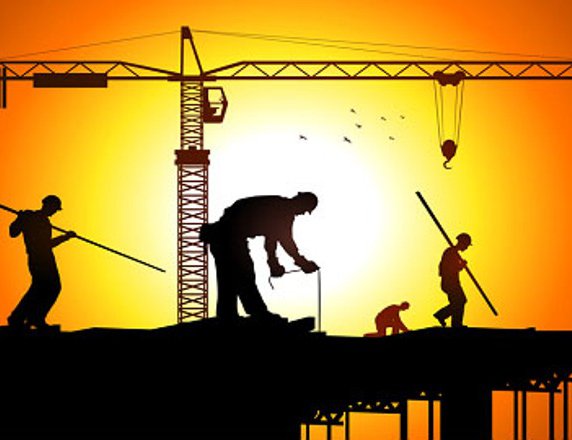 As per International Labour Organization (ILO) estimation, 2.3 million people die every year from work-related accidents and diseases globally. More than 160 million people suffer from occupational and work-related diseases, and there are 313 million non-fatal accidents per year. The suffering caused by such accidents and illnesses to workers and their families is incalculable. It is unfortunate to know that many of these workplace tragedies are preventable through the implementation of sound prevention, reporting and inspection practices.

Since occupational Health & Safety (OHS) is a mammoth issue which involves many layers and offshoots around it, there cannot be a one-stop solution.  In a country like Nepal this seems even more evident due to the lack of adequate government policies, laws, management initiative, corporate culture and eventually willingness of employees to work safely. With a top-down approach the government should come up with strong OHS policies, enforcement rules and regulating bodies whereas occupational safety awareness should be spread at the grass-roots level to help businesses build a sustainable safety culture within their factories and organizations.

In short, the solution is deeply rooted into the Government’s initiative to develop and implement sound policies, business leaders’ belief that safety is not an expense but a long-term investment and enough awareness of the OHS issues to work safely on employees’ part.

For the first time in 1971 (2028 B.S.), the Department of Labor (DoL) was established in Nepal under the Ministry of Industry. Later when the Ministry of Labor was established in 1981 (2038 B.S.), it took the DoL under its wing. Once the Foreign Employment Act 1985 (2042 B.S.) was introduced, the DoL was renamed as the Department of Labor & Employment Promotion.

It seems, after the advent of multiparty democracy in 1990 (2046 B.S.), the Government of Nepal started taking workers’ health and safety relatively seriously. Labor Act 1992 (2048 B.S.) was introduced to secure the rights, interests and safety of workers and employees working in enterprises of various sectors. More specifically, Section 27 through 36 of Chapter V of Labor Act 1992 explains about Health & Safety Provisions for enterprises and worker or employees. Shortly after that followed the Labor Rules 1993 (2050 B.S.) which came in effect to exercise the powers conferred by the Labor Act 1992.

The above documents are the only legal guidelines ensuring OHS of workers and employees in the country. Although, OHS related legislative measures are not applicable to industries employing less than 10 employees, they are applicable to the establishments within the Industrial Estates of the country, irrespective of the number of employees working there.

One of the major objectives of the DoL is to provide the labor force with safe and healthy working environment in the industrial occupation and informal region. To align with the same, initially the “Occupation Safety and Health Project” was established in 1996 under the Ministry of Labor and Employment (MoLE). Later in 2009, after the split of the DoFE and the DoL, the project was brought under the DoL, as a separate organization structure.

The project has various ongoing OHS related programs, including awareness, training, monitoring, intervention as well as coordination of concerned stakeholders to promote safe, healthy and productive work environment. As effective as they may sound, successful implementations, milestone achievements and measurable impacts of such programs need to be evaluated within the project framework and shared outside of it.

The Three Year Interim Plan (2007/08 – 2009/10) revealed its strategies to ensure OHS in workplaces through the setting of standards and regular monitoring of enterprises. Further, the plan assured that the policy would be formulated to make gradual progress towards safe, healthy and productive work environment by promoting and developing OHS as an integral part of enterprises as well as workplaces. The plan also emphasized on developing awareness, orientation, training, education, capacity building, inspection, monitoring and evaluation programs targeting various stakeholders.

Plans and strategies always look good on papers but possess very little meaning unless they translate into actions and are able to produce measurable results in the field.

Established in 1989, the General Federation of Nepalese Trade Unions (GEFONT), with 27 affiliated union-members nationwide, works as an umbrella organization for various trade unions in the field of agriculture, industry and service sectors. In 2007, with an effort to examine the issues of occupational safety and health through social dialogues with industrial stakeholders in the country, GEFONT published its results of surveyed data and focus group discussions conducted in 159 enterprises. Demands for safe drinking water, clean toilet facilities and protective safety equipment were at the top of the list. This is unfortunate but at the same time reveals stark reality of the country’s state of OHS, lingering at its primitive stage.

In the same document, GEFONT also provided a list of OHS related legal provisions to be followed by the management of concerned organizations. Although the legal provisions did not include any specific benchmark or standards, it provided a general framework and guideline for enterprises to maintain a clean, safe and healthy work environment.

It’s high time our government, along with industrial organizations, private sector professionals, academia, trade unions, workers and I/NGOs, formulated an overarching OHS legislative framework along with administrative and enforcing bodies capable to meet international regulatory standards. At present, our Labor Act 1992 and Labor Rules 1993 neither adequately address current OHS problems faced by industrial workers nor does it sufficiently provide any standard procedure or system to ensure their good health and safety at workplaces.

It is understandable that no system is perfect and there is always room for improvements. However, the statement should not be held as an excuse for not having a robust OHS policy in place, especially when the well-being of our own national workforce is at stake.

Shrestha is a freelance Consultant, MS in Risk Control & Safety Management; The author is passionate about the issues involving environment, occupational health, safety and sustainability for the planet, people and profit. Contact Email: OHSNepal@gmail.co

Youths In Nepal Elections: From Social Media To National Platform By Sangya Dhakal 3 days, 1 hour ago

An Overture Filled with Confusion By Dr. K. Uprety 5 days, 6 hours ago