Hope it would not be too much to expect our experienced head of government Mr.Deuba to take up issues related to Nepal’s India-dependent economy on a priority basis when he meets Mr. Modi in Delhi soon. Let us also pray that he does not have to regret his much- talked about decision of polls deferral in Province 2, making the region look somewhat exceptional. 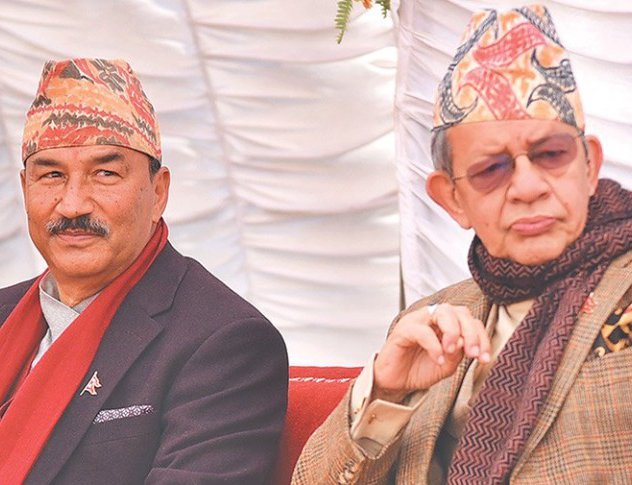 Little less than two months after becoming head of the government for the fourth time, NC president Sher Bahadur Deuba expanded his Cabinet to include 19 more ministers from four political parties. With proper representation of Madhesh and the Tharu community, the government looks inclusive in its expanded form, despite the fact that the agitating party (RJPN) has not shown any reconciliatory sign, let alone joining the about-two-month-old Deuba led government. Women have also not found place in the government in adequate numbers. The conspicuous absence in the government of much-talked about Rashtriya Prajatantra Party (RPP) did open doors for skeptics and speculators to come up with different kind of analysis. The RPP stalwarts accused Deuba of taking a unilateral decision while expanding the size of the government. They also blamed that he was not at all interested in creating a conducive environment for dialogue.

It is learnt that RPP, double the size of Nepal Loktantrik Forum (NLF), was demanding at least one more ministry than what was given to NLF. Further, the row between top RPP leaders and the party’s opaque view on constitution amendment was said to have dampened the initial initiative taken   by the NC\Maoist alliance to get the party into the government. Following expansion of the government, RPP dissolved the dialogue committee, formed to negotiate with NC on its participation in the government, and formally decided not to join the government. In the meanwhile, the continuing serious row in the party did not take too long a time to produce result as Pashupati Shumsher JB Rana registered a new party (RPP-Democratic) on August 6, taking away 72 central committee members from RPP. After the vertical split, some 9 months after the unification, the two sides are now engaged in trading accusations and slinging mud at each other.RPP has also decided to withdraw its support given to government. Because the ruling coalition is said to be serious about putting the constitution amendment bill to vote before the third phase of local level polls in Province 2, another expansion in government could take place soon including Rana-led party and some fringe parties. Getting the bill endorsed by two-thirds majority, however, would still not be easy. Therefore, NC is said to be ready to proceed with the amendment process at the earliest only if RJPN agrees to do so and accepts the outcome of the vote. The ruling coalition also wanted to put the bill to vote, irrespective of its outcome, so that the people at least would know who supported and who opposed the bill. With the possibility of endorsement of amendment bill by the parliament becoming difficult in the existing situation, the RJPN is in a fix as it had been saying it would not participate in the third phase polls unless its demand related to amendment was addressed.

It looked like, irrespective of what happens to the bill, it would be difficult for the party not to participate in the polls in September because the party leadership had been bitterly criticized by senior leaders for the party’s decision not to participate in both first and second phase of local polls held on May 14 and June 28. Leaders of the party representing western Terai strongly felt the party had incurred heavy political loss due to inaction and lack of timely decision by the leadership. The disgruntled faction of the party is also unhappy over inadequate representation of the western Terai in different bodies of the party. It may be mentioned that only 115 of the total 815 central committee members and 14 of the total 136 office bearers are from the region. Despite these criticisms and contrary to the expectation that the party would drop its amendment related demand for now and press for other demands and participate in the polls, a meeting of the office bearers of the party, however, endorsed the political document of Mahanta Thakur which suggested that the party should not participate in the polls until its demands are fulfilled.  Thakur’s idea that RJPN should not participate in the elections until the three point agreement is implemented was not well received in the party but ultimately he prevailed over other leaders who believed that participation in the polls was a must to save the party. This decision of nonparticipation has come at a time when both Nepal government and the Election Commission (EC) look confident about holding the third phase polls in Province 2 and have begun necessary discussion and some action to hold provincial and parliamentary elections on time.

Along with the formation of the Constituency Delimitation Commission (CDC), government has floated the idea of holding both provincial and federal elections on a single date, which many think is necessary to meet the constitutional deadline of January 21 next year. Election experts opine that at least 5 to 6 billion rupees in election expenses could be saved if both the elections are held on the same day. Major parties have a unified voice on the proposal because they know this will not only lessen the financial burden but will also ensure that the constitutional provision is complied with. In response to the proposal of holding the two elections at one go, the EC has shown some problems related to logistical management but has not completely ruled out the possibility. The EC is concerned about printing ballot papers and managing human resources required to have both polls together. The Commission had earlier recommended provincial elections in the second week of October and federal polls in the third week of November, which could be reworked, according to officials there, to have the two polls on two different dates. Having been given limited time, CDC is almost running out of time to submit its report, but it is still struggling to formulate the basis for determining the constituencies for the elections of provincial assemblies and House of Representatives. With limited time at its disposal, the CDC has an uphill task of downsizing the existing 240 constituencies to 165 for the federal parliament, taking population and geography as the basis of representation. With so much work still left to be done in the remaining couple of days, it is a race against time for authorities at CDC. Prime Minister Deuba is confident about getting the CDC report on time but has not yet succeeded in convincing the EC authorities into buying the idea of having two polls together. Let us hope the problems related to Nepal’s politics do not attract and consume the entire attention and efforts of  Deuba at a time when rice growing districts in Terai are reported to be facing problems during plantation season due to insufficient rain this year and no encouraging signs are seen on other fronts of the economy either.

National paddy transplantation rate is said to have reached 68 percent by the end of July, 7 percent lower than the average in normal years. Tarai districts such as Saptari, Siraha, Dhanusha, and Mahottari mostly face problems during rice plantation season due to inadequate rainfall. Last year was an exception but the problem recurred this year. In these five districts paddy transplantation rate reached 30 percent, the average in Siraha and Dhanusha is 25 percent. A major rice growing district Jhapa has also registered some decline in rice transplantation, from 85 percent last year to 72 percent this year. Probably being aware of the contribution of rice to our national economy (10 percent to GDP), a worried agriculture minister Ram Krishna Yadav has urged officials to find solutions so that rice production this year also shows some impressive improvement like last year when the production of this staple grew by nearly 23 percent. Hope the 200 million rupees recently sanctioned succeeds in increasing the planting level to 95 percent as desired by the concerned. Further, Yadav and Finance Minister Gyanendra Bahadur Karki may work together to make sure that the subsidy set aside in the budget does not remain unspent at least in the agriculture sector of the economy, if not in other sectors. Minister Karki is not expected to perform miracle during his tenure of few months and correct the huge trade gap through increase in production of different items for both internal consumption and exports but he can certainly make sure that some production-oriented activities are initiated in a meaningful way and the capital expenditure of Rs.335 billion does not remain unspent in the current fiscal year.

As stated earlier, no encouraging symptoms are seen in case of other parameters that are often talked about and touched upon while discussing the state of our economy. Remittance is continuously increasing at a decreasing rate as is evident by its growth of 5.8 percent in the 11 months of fiscal year 2073\74 as against a growth of 8.6 percent in the corresponding period of previous fiscal year. Current account is reported to be negative by Rs. 172 billion, while it was positive by Rs. 130 billion previously. Balance of Payment is still positive but it has substantially declined, from Rs. 171 billion to Rs. 74 billion, during the review period. These variables keep on changing and should not be difficult to alter them with some good sense and action as has been the case elsewhere. It may be worth noting that India, a huge importer of fossil fuel, has benefitted a lot from its tumbling prices, from well over 100 dollar a barrel in May 2014 to less than half that currently, to boost GDP by 1-2 percent. Government of India has also very sensibly used this oil windfall to keep the budget deficit mostly in check. World leaders talk about trade and growth when they meet. In his very first official meeting, Prime Minister of India Narendra Modi urged his counterpart President Xi of China to be considerate in checking India’s ballooning trade gap with China and also requested him to increase Chinese investment in India. Indian authorities know very well that economic activities will have to accelerate to ensure that the economy grows by 8-10 percent so that about a million Indians who enter the labor market every month can be absorbed.  Hope it would not be too much to expect our experienced head of government Mr.Deuba to take up issues related to Nepal’s India-dependent economy on a priority basis when he meets Mr. Modi in Delhi soon. Let us also pray that he does not have to regret his much- talked about decision of polls deferral in Province 2, making the region look somewhat exceptional.