Nepal’s energy sector is heading towards another phase of crisis in the coming years. 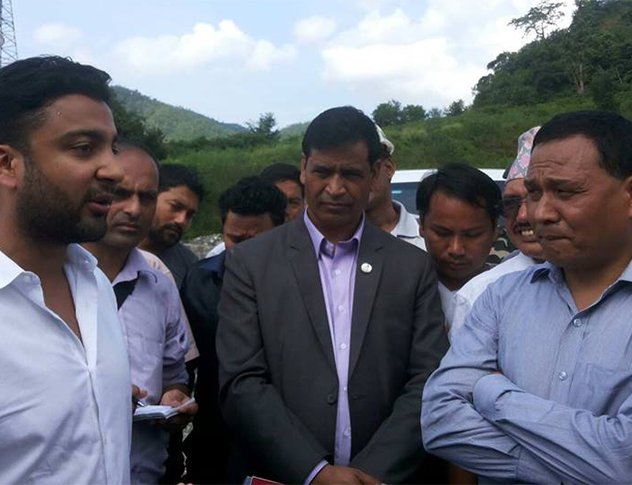 With a number of setbacks in the last few months, including the disruption in the construction of Dhalkebar substation for Mujaffapur-Dhalkebar cross-border Transmission, the 14 MW Kulekhani III and the directives of Public Accounts Committee to cancel the contract agreement for 25 MW solar installation and disruption in led bulb import for load side management, Nepal’s energy sector is heading towards another phase of crisis in the coming years. Worst among them is the low rainfall in Nepal’s only storage project area, that is, Kulekhani. If the current trend continues, Nepal is likely to go back to the era of dark nights

As Nepal Electricity Authority has received a series of setbacks in its plans to free Nepal from power load shedding, newly appointed Energy Minister Mahendra Bahadur Shahi, Energy Secretary Anup Kumar Upadhyaya and NEA’s managing director recently visited the sites of the projects which can play an important role to maintain the power supply.

In their first visit to Kulekhani III site in Bhainse and Dhalkebar–Mujaffarpur Cross Border Transmission line’s substation in Dhalkebar, the high-level team directed contractors, consultants and other stakeholders involved in the construction to complete the projects as scheduled.

Contractor of Dhalkebar substation, who has completed almost 95 percent of civil works and installation of electro-mechanic equipment, expressed publicly in front of the high-level team that they will meet the deadline given the Indian consultant's support to their pace of work.

Although Chinese contractors, in a joint venture with Hulash Group of Nepal, assured to complete the electro-mechanical parts of the work, it is unlikely to complete the 14-MW Kulekhani III even in another six months. According to an official of NEA, the contractor of power house is yet to install the electro-mechanical parts of the project. The official said that still 75 percent of the work is to be completed.

With the directives of the Legislature Parliament’s Public Accounts Committee to cancel the contract, the future of 25 MW solar PV installation is now uncertain. The worst part is that Kulekhani reservoir is receiving less water this year compared to the previous years. According to NEA, the water level in the reservoir is below 7 meters till August 7. If the rainfall continues to maintain the present trend, Kulekhani’s reservoir is likely to have less water, which means this backup cannot run the power plant as in previous years.

Although a Chinese company assured to complete the Dhalkebar substation in schedule, even the completion of Dhalkebar is uncertain. If there is any delay in the construction work, NEA’s plan to increase electricity import from India during the dry season will have to face a shortfall.

The Central Power Grid International Economic and Trade Corporation, the Chinese contractor that is working on 220 kV Substation Project at Dhalkebar, had stopped all works at the construction site in the last week of July. This has affected the target.

“We are still not sure, if the contractor will continue to work seriously and complete the job on time,” said Radhe Saran Mahato, chief of the substation project. “Almost 90 percent of the work at the project site has been completed, and it will take at least three months to complete the project.”

If the project is not completed by October, it will hit the power utility’s plan to increase electricity import from India via Dhalkebar-Muzaffarpur cross-border transmission line during the dry season.

“There will be no more excuse for any delay. The project must be completed by time. There will be no problem of money. If you get any problem, visit me directly in the Ministry,” said Energy Minister Shahi.

Along with completing the Dhalkebar substation to import more power, bringing the Kulekhani III plant into generation and installing 25 MW solar powers and importing led bulb for demand side management are major tasks planned by Nepal Electricity Authority for continuous energy supply in the coming dry season.

“We cannot tolerate any delay in the completion of the projects. Dhalkebar substation is the lifeline for electricity supply in Nepal,” said secretary Upadhyaya, expressing anger over the work.

Whatever the higher officials may be saying, NEA’s options are narrowing. Except Chameliya, which adds 30 MW, no other big project is in the process of completion internally.

NEA earlier expected to complete 14 MW Kulekhani, 30 MW Chameilya, 25 MW solar and 100 from IPP, completion of Dhalkebar substation for trans-boundary import and led bulb for demand side management. Had all these worked, Nepal would have been in a safe position by now. 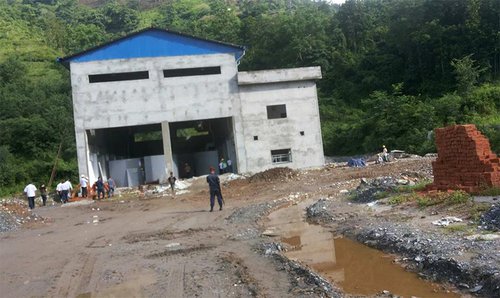 “We are trying our best to prevent load-shedding in current winter. Given the present state, one cannot rule out the possibility of load shedding coming back again in the coming winter,” said Kulman Ghishing, Managing director NEA. “We are very serious about the situation and making every effort to minimize the chances of load shedding.”

As all the international options are closing down, Nepal Electricity Authority, which had imported electricity equivalent to 17 billion rupees from India last fiscal year, will have to import more energy from India to maintain the supply.

NEA, which has imported, on an average, 380 MW of electricity to minimize the load shedding last year, will have to import double that amount given the current state. NEA paid 28 billion rupees to purchase the electricity.

As NEA is planning to import more electricity from India, Nepal will pay more money to India in the coming year. The Energy Minister claimed that the government was working to put an end to power cuts even in the industrial sector from this winter season.

Nepal paid the Indian utilities a minimum of Rs.5 to up to Rs.10 per unit. NEA pays Rs.8 per unit for IPPs. “Currently, Nepal needs to import electricity from India even to maintain baseline power. In future, our aim is to reduce import and encourage domestic production,” said MD Ghishing.

Nepalese and Indian authorities fixed the new tariff for the electricity that is being imported from India to Nepal. As demands of electricity continue to increase and slow progress in internal projects, Nepal is likely to import over 500 MW electricity from India in coming years.

Public Account Committee’s direction to cancel the tender for 25 MW solar, delaying in 14 MW Kulekhani III and other IPPs capacity of 100 MW are reasons behind the increasing dependency on import from India. Nepal Imported 380 MW of electricity last year.

This decision was taking recently in the meeting of the Nepal-India Electricity Exchange Committee held New Delhi. The meeting has fixed the tariff to be Rs 8.88 in minimum to Rs 10.32 in maximum per unit.

According to NEA Spokesperson Prabal Adhikari, the new tariff has been determined at INRs 5.55 in minimum and INRs 6.45 in maximum per unit.

Uncertain Solar and Load Side Management

As the strong directives of Public Accounts Committee to cancel the deal with solar power supplies and the World Bank’s stand on contract agreement on Nepal Grid Solar and Energy Efficiency Project, it is certain that the future of the project is uncertain.

The World Bank has defended the selection procedure of contract award saying that the award of contract managed by Nepal Electricity Authority under this project conforms to the procurement policies and practices adopted by the 189 member governments of the World Bank Group, as well as the financing agreement between the Government of Nepal and the Bank.

“The World Bank’s attention has been drawn to the recent commentary in the media regarding the Grid Solar and Energy Efficiency Project, financed by the Bank,” said a press release issued by the bank from Kathmandu.

“We are yet to receive official communication from the concerned authorities on recent developments reported in the media. Therefore, it would be premature to speculate upon the World Bank’s future role in that project,” said Takuya Kamata, World Bank Country Manager for Nepal. 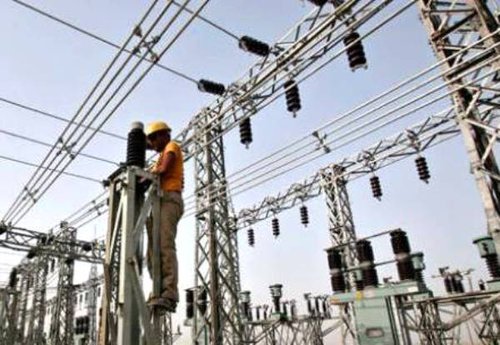 “However, we can confirm that following extensive review, the award of contract managed by Nepal Electricity Authority under this project conforms to the procurement policies and practices adopted by the 189 member governments of the World Bank Group, as well as the financing agreement between the Government of Nepal and the Bank,” he added.

This is not PAC’s first directive to cancel the project agreement. Thanks to its earlier directives, many projects were either cancelled or delayed for months with increasing costs.

Media often report that PAC has a long practice to take this or that side in such agreements, which were prepared with intensive reviews by the international experts before finalizing them.

Given the stand taken by the World Bank, it is inevitable that the solar power project reached the death bed, thanks to a directive of Public Accounts Committee.

Similarly, the language used in the cabinet decision has made it difficult to make any decision to purchase led bulbs to implement demand side management. NEA was expecting to manage over 200 MW power. As Nepal’s peak energy  demand will likely to cross 1800 MW in the coming winter, the supply will be half or a third from the run of the river projects.

“NEA management will take all necessary initiatives to avoid power cut. Let’s hope, people will get light and Nepalese will not have to face indefinite power cut again,” said Ghishing.

With the crenelation of projects and delay in construction, Nepalese people will have to bear all the consequences, with load shedding likely in the coming dry season.

NMB Bank Wins Bank Of The Year 2021 Asia and Bank of the Year 2021 Nepal Awards By NEW SPOTLIGHT ONLINE 7 hours, 35 minutes ago 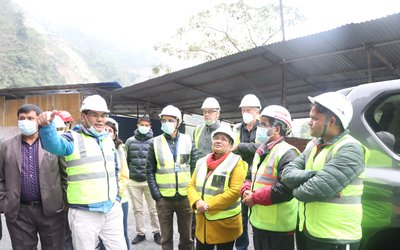 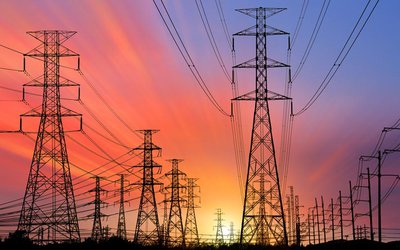 NEPAL-INDIA ELECTRICTY From Exchange To Trade By A Correspondent 1 week, 6 days ago

64 Nations Including India Did Not Support A UN Resolution To Ignore Jewish Ties To Temple Mount, Call It Solely Muslim By Agencies Dec 02, 2021